Equine infectious anemia virus (EIAV) is a member of the Lentivirus genus in the Retroviridae family that exhibits a genomic structure similar to that of HIV-1. The S2 accessory proteins play important roles in viral replication in vivo and in viral pathogenicity; however, studies on S2 evolution in vivo are limited. This study analyzed the evolutionary characteristics of the S2 gene of a pathogenic EIAV strain, EIAVLN40, in four experimentally infected horses. The results demonstrated that 14.7% (10 of 68 residues) of the stable amino acid mutations occurred longitudinally in S2 during a 150-day infection period. Further analysis revealed that six of the ten mutated residues were positively selected during the infection. Alignment and phylogenetic analyses showed that the S2 gene sequences of viruses isolated from the infected horses at the early stage of EIAVLN40 infection were highly homologous and similar to the vaccine-specific sequence. The S2 gene variants isolated from the febrile episodes and late phase of infection became homologous to the S2 gene sequence of the inoculating EIAVLN40 strain. Our results indicate that the S2 gene evolves in diversity and divergence in vivo in different stages of EIAV infection and that this evolution correlates with the pathogenicity of the virus. View Full-Text
Keywords: equine infectious anemia virus; EIAV; S2 gene; evolution; diversity equine infectious anemia virus; EIAV; S2 gene; evolution; diversity
►▼ Show Figures 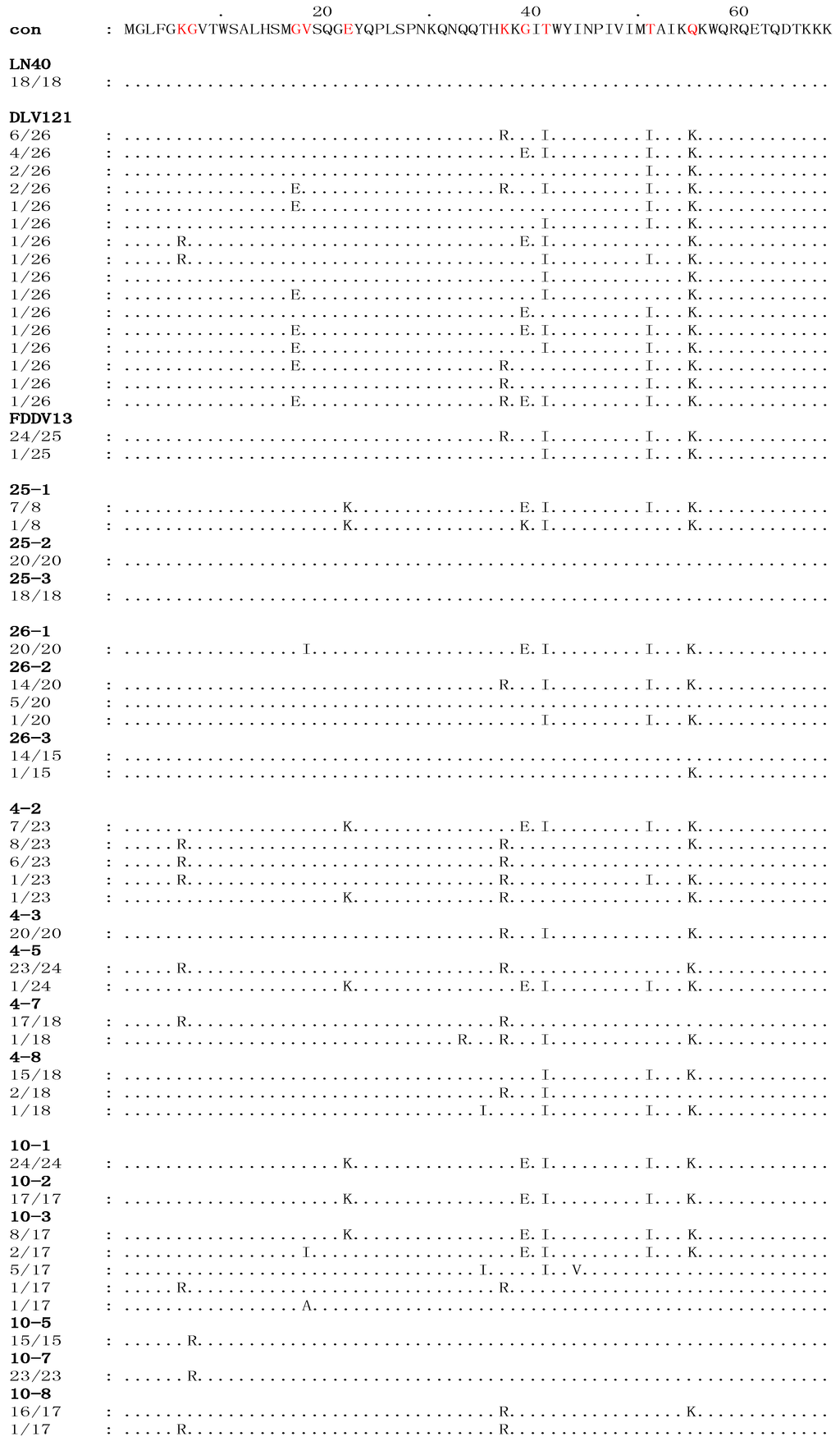