Clinical Aspects of Feline Retroviruses: A Review
Next Article in Special Issue

The K-I and nephropathogenic K-II genotypes of infectious bronchitis virus (IBV) have been isolated since 1995 and 1990, respectively, in Korea and commercial inactivated oil-emulsion vaccines containing KM91 (K-II type) and Massachusetts 41 strains have been used in the field. To date, genomic analyses of Korean IBV strains and animal models to test the pathogenicity of Korean IBVs to the reproductive organs have been rare. In the present study, comparative genomics of SNU8067 (K-I type) and KM91 IBVs was performed, and an animal model to test the pathogenicity of SNU8067 was established and applied to vaccine efficacy test. The genome sizes of SNU8067 (27,708 nt) and KM91 (27,626 nt) were slightly different and the nucleotide and amino acid identities of the S1 (79%, 77%), 3a (65%, 52%), and 3b (81%, 72%) genes were lower than those of other genes (94%–97%, 92%–98%). A recombination analysis revealed that SNU8067 was a recombinant virus with a KM91-like backbone except S1, 3a, and 3b genes which might be from an unknown virus. An SNU8067 infection inhibited formation of hierarchal ovarian follicles (80%) and oviduct maturation (50%) in the control group, whereas 70% of vaccinated chickens were protected from lesions. View Full-Text
Keywords: infectious bronchitis virus; comparative genomics; recombinant virus; animal model; ovarian follicle formation infectious bronchitis virus; comparative genomics; recombinant virus; animal model; ovarian follicle formation
►▼ Show Figures 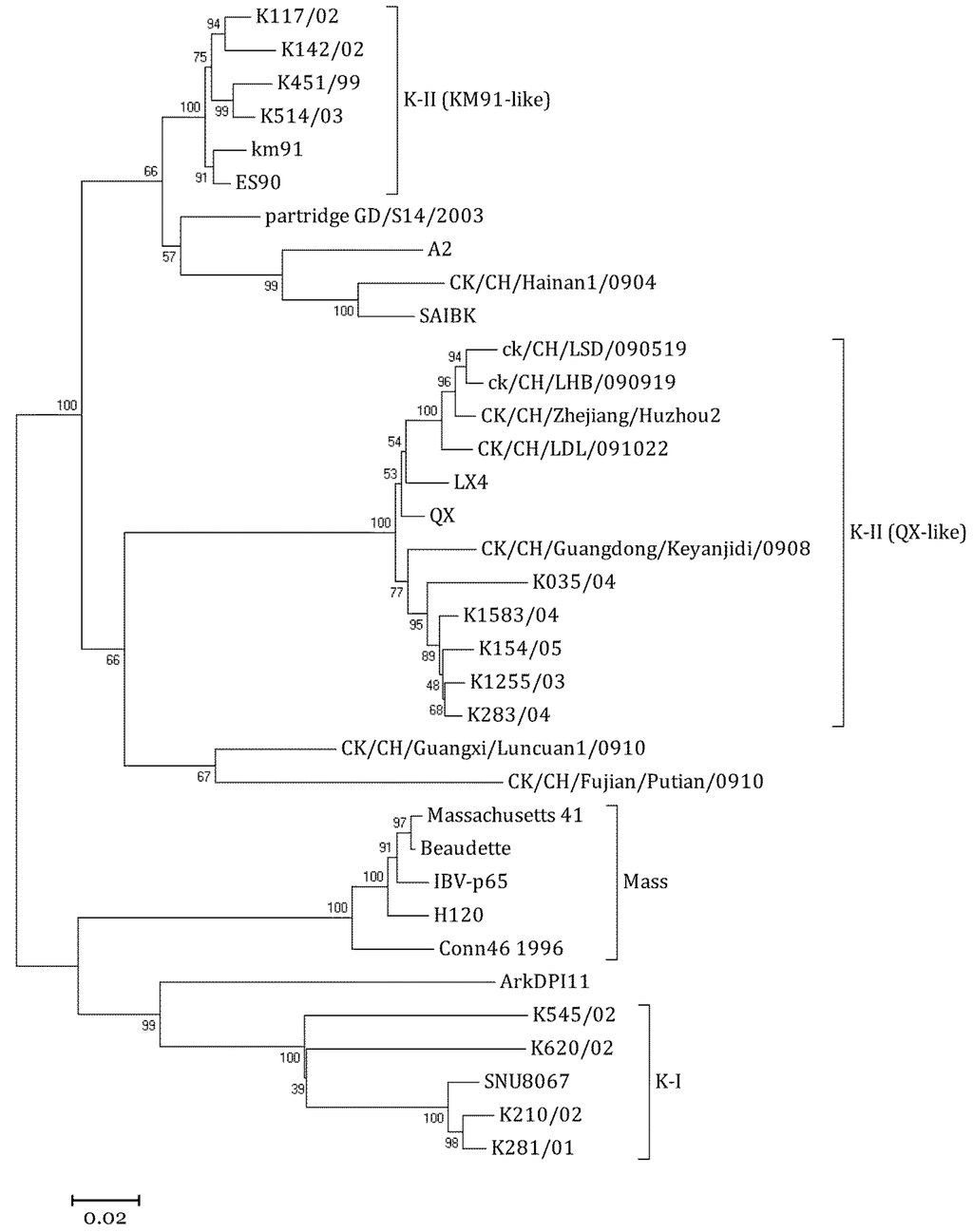