:
Infection by rhinovirus (RV) and enterovirus (EV) in children ranges from asymptomatic infection to severe lower respiratory tract infection (LRTI). This cohort study evaluates the clinical impact of RV/EV species, alone or in codetection with other viruses, in young children with severe LRTI. Seventy-one patients aged less than 5 years and admitted to the Paediatric Intensive Care Unit (PICU) of a reference children’s hospital with RV or EV (RV/EV) LRTI were prospectively included from 1/2018 to 3/2020. A commercial PCR assay for multiple respiratory pathogens was performed in respiratory specimens. In 22/71, RV/EV + respiratory syncytial virus (RSV) was found, and 18/71 had RV/EV + multiple viral detections. Patients with single RV/EV detection required invasive mechanical ventilation (IMV) as frequently as those with RSV codetection, whereas none of those with multiple viral codetections required IMV. Species were determined in 60 samples, 58 being RV. No EV-A, EV-C, or EV-D68 were detected. RV-B and EV-B were only found in patients with other respiratory virus codetections. There were not any associations between RV/EV species and severity outcomes. To conclude, RV/EV detection alone was observed in young children with severe disease, while multiple viral codetections may result in reduced clinical severity. Differences in pathogenicity between RV and EV species could not be drawn.
Keywords:
rhinovirus; enterovirus; co-infection; intensive care units; child; lower respiratory tract infection

Rhinoviruses (RV) and enteroviruses (EV) are among the main causative aetiologies of lower respiratory tract infection (LRTI) in children [1]. They are RNA viruses belonging to the genus Enterovirus of the family Picornaviridae. More than 200 types of RV and EV that can infect humans are currently classified in three species of RV (RV-A, B, and C) and four of EV (EV-A to D). The clinical spectrum of RV/EV infection ranges from asymptomatic or mild symptomatic presentation to severe disease requiring respiratory support in intensive care units [1].
On the other hand, viral multiple detections are commonly observed in paediatric patients with LRTI, but there is no consensus on the relationship between viral coinfections and disease severity [2]. Most of the published literature does not focus on specific viral infections, and the role of coinfections in disease severity may be different depending on the viral aetiology [3].
The aim of this study was to evaluate the clinical impact of viral coinfection in children admitted to a paediatric intensive care unit (PICU) with LRTI and RV or EV (RV/EV) detection. Enterovirus species were also reported and analysed.

Data from children aged less than 5 years with LRTI and RV/EV infection, and requiring admission to a PICU of a reference tertiary paediatric hospital (University Hospital Sant Joan de Déu, Barcelona, Spain) were prospectively collected. This medical centre provides healthcare services to a paediatric population of ≈300,000 and has a 24-bed PICU. The study period spanned from 1/2018 to 3/2020.
RV/EV disease was defined as the presence of LRTI (bronchiolitis, bronchospasm/viral wheezing, and/or pneumonia) [4] concurrent with RV/EV detection in nasopharyngeal aspirate (NPA). Suspected bacterial pneumonia was defined as the presence of fever, chest X-ray opacities, need for antibiotics, and analytical criteria (C-RP > 70 mg/L or PCT > 1 ng/mL). In our hospital, patients with respiratory failure are transferred to the PICU if they require any of the following treatments: invasive (IMV) or noninvasive (NIV) mechanical ventilation; high-flow oxygen therapy with FiO2 greater than or equal to 0.6; or if they show haemodynamic instability.
Patients with comorbidities (prematurity, immunodeficiency, congenital heart disease, and chronic lung disease—except for recurrent wheezing) were excluded. Patients were divided into three groups: RV/EV detection, RV/EV + respiratory syncytial virus (RSV) codetection with no other viral detection, and RV/EV + multiple viral codetection. Outcome variables were the need for invasive mechanical ventilation (IMV) and PICU length-of-stay (P-LOS) above the median of the overall sample (5 days).

NPA samples were collected from all patients with LRTI according to the normalised protocol established at the study site within the first 24 h of PICU admission. For the nasopharyngeal aspirate, a disposable catheter connected to a vacuum source was inserted into one nostril until reaching the nasopharynx. The distance from the earlobe to the tip of the patient’s nose was the length at which the catheter was inserted. Secretions were recovered into a sterile container applying suction while the catheter was drawn back. The procedure was repeated with the same catheter and container in the other nostril. Finally, three millilitres of physiological serum were suctioned and 200 μL were processed using a PCR for multiple respiratory pathogens (FilmArray-RP, BioFire Diagnostics, Salt Lake City, UT, USA), and the remaining volume was stored at −80 °C. The FilmArray-RP is a fully automated commercial test with included nucleic acid extraction and amplification for qualitative detection of the following viruses: rhinovirus/enterovirus (RV/EV), respiratory syncytial virus (RSV), parainfluenza virus, influenza virus, metapneumovirus, coronavirus, and adenovirus [5]. Since the FilmArray detection assay does not distinguish between RV and EV, an RT-nested PCR in the 5′-NC region, followed by sequencing and BLAST analysis, were subsequently performed, which allowed differentiation of RV/EV species, according to a previously published protocol [6].

The institutional ethics board approved the study and informed consent was obtained from parents and/or legal guardians (PIC 146-17).

The study was conducted according to the guidelines of the Declaration of Helsinki, and approved by the Institutional Review Board of Fundació Sant Joan de Déu (protocol code PIC 146-17 on 23/11/17).

Informed consent to participate and for publication was obtained from parents and/or legal guardians.

The datasets generated and/or analysed during the current study are available from the corresponding author on reasonable request.

Thanks to all the clinical, laboratory, and diagnostic imaging personnel who take care of all these patients. We are also very thankful to Violeta Vallejo for reviewing the final version of this manuscript. 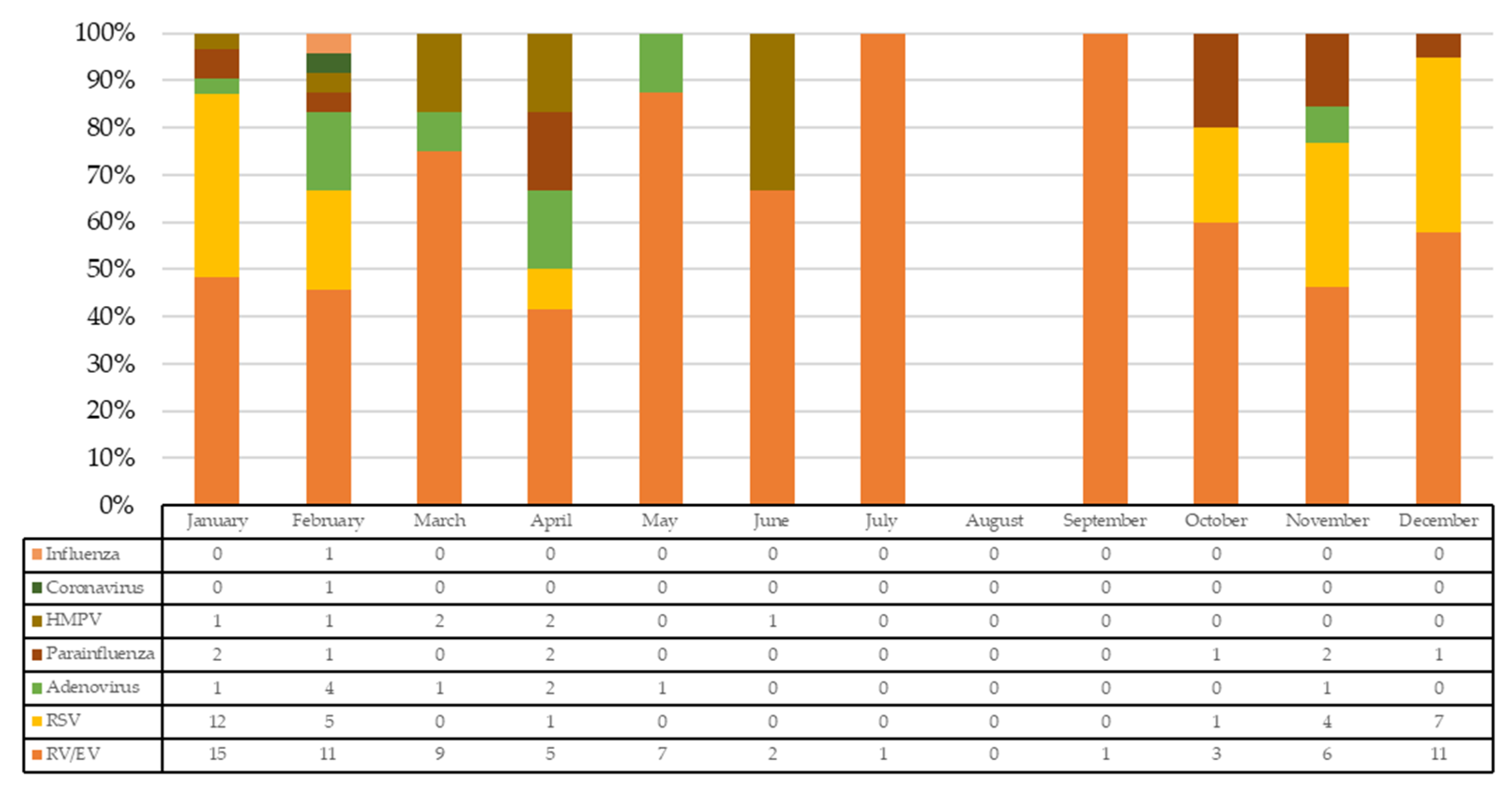 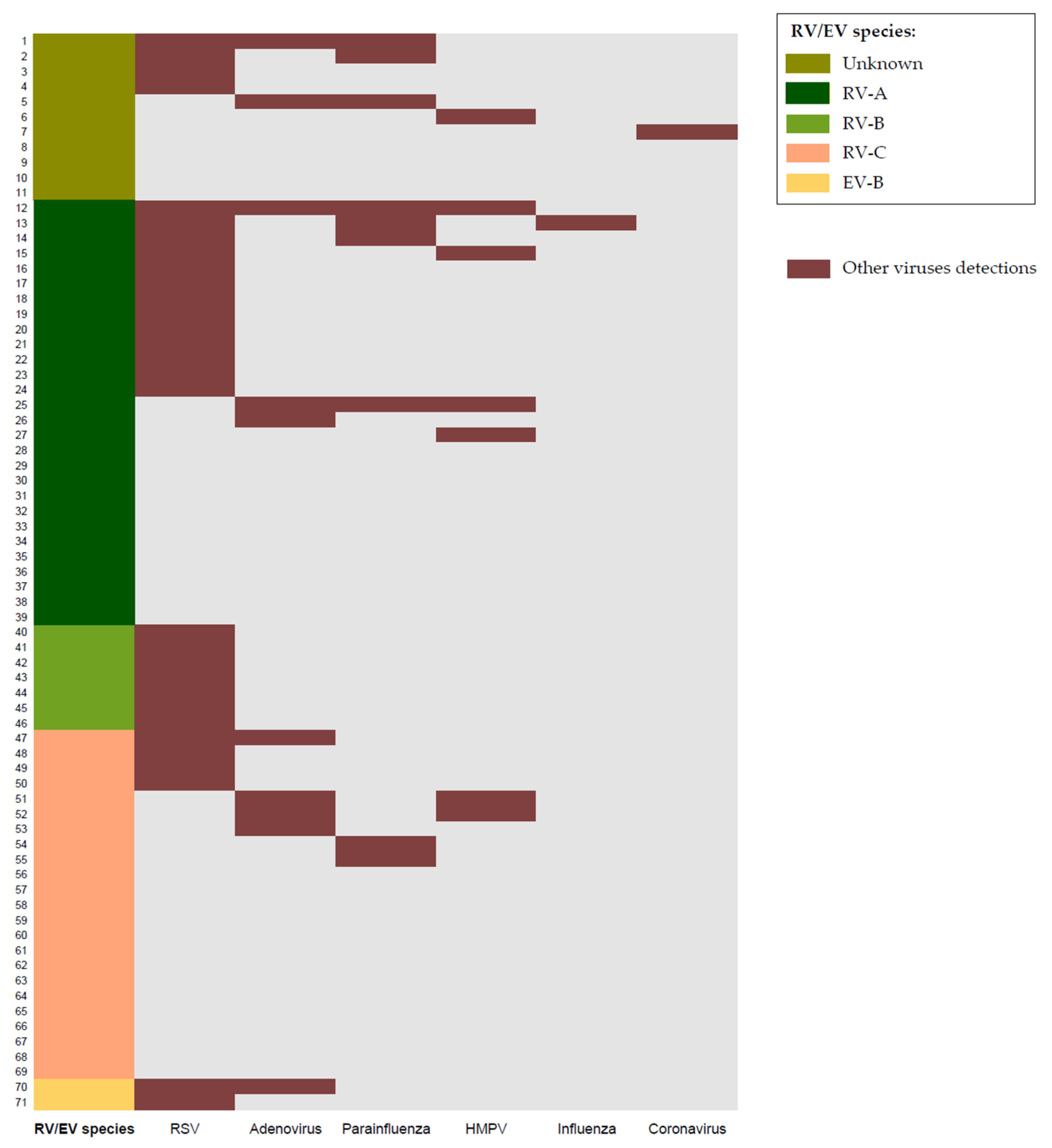 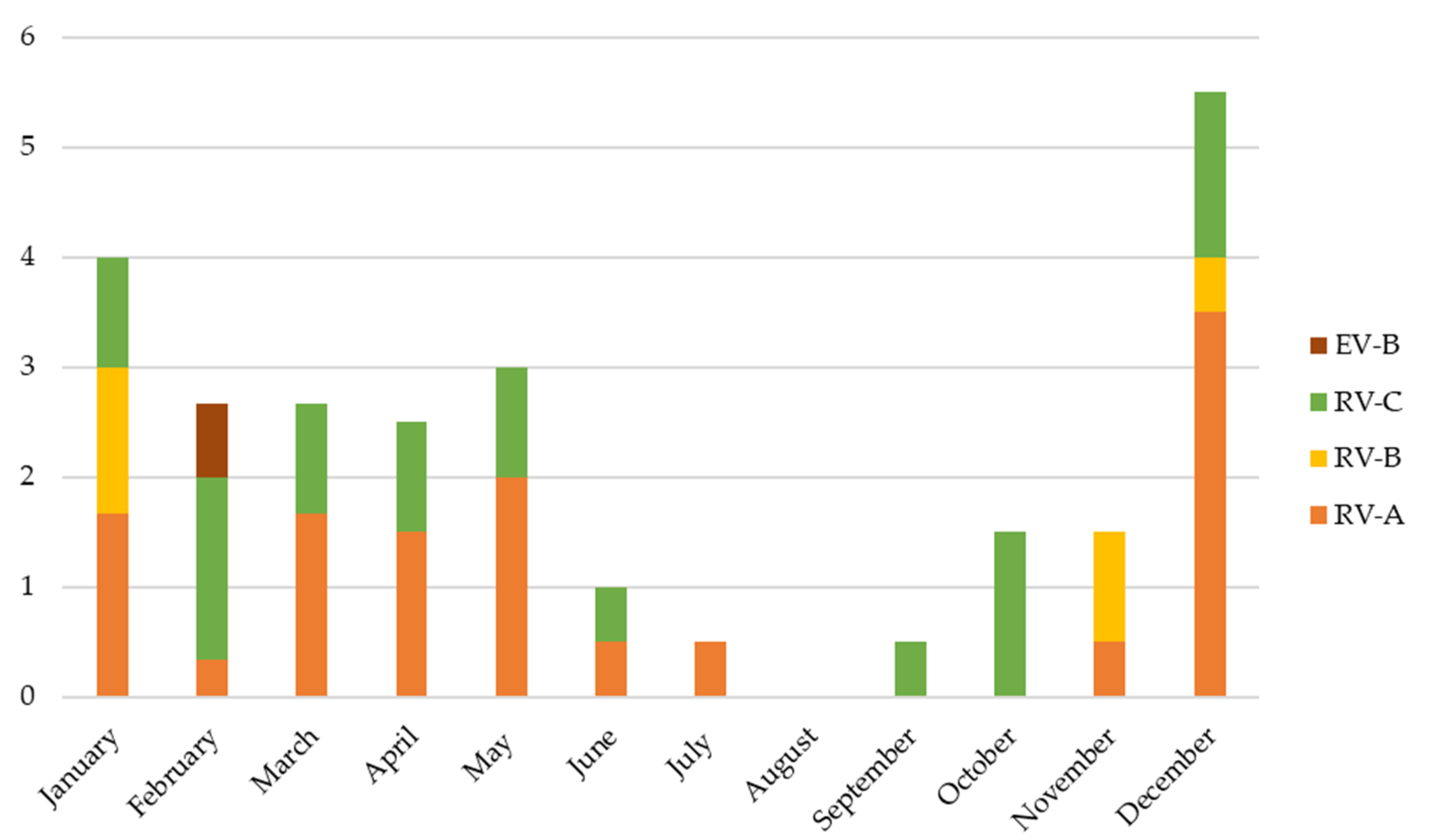