Peste des petits ruminants virus (PPRV) causes an infectious disease of high morbidity and mortality among sheep and goats which impacts millions of livestock keepers globally. PPRV transmission risk varies by production system, but a deeper understanding of how transmission scales in these systems and which husbandry practices impact risk is needed. To investigate transmission scaling and husbandry practice-associated risk, this study combined 395 household questionnaires with over 7115 cross-sectional serosurvey samples collected in Tanzania among agropastoral and pastoral households managing sheep, goats, or cattle (most managed all three, n = 284, 71.9%). Although self-reported compound-level herd size was significantly larger in pastoral than agropastoral households, the data show no evidence that household herd force of infection (FOI, per capita infection rate of susceptible hosts) increased with herd size. Seroprevalence and FOI patterns observed at the sub-village level showed significant spatial variation in FOI. Univariate analyses showed that household herd FOI was significantly higher when households reported seasonal grazing camp attendance, cattle or goat introduction to the compound, death, sale, or giving away of animals in the past 12 months, when cattle were grazed separately from sheep and goats, and when the household also managed dogs or donkeys. Multivariable analyses revealed that species, production system type, and goat or sheep introduction or seasonal grazing camp attendance, cattle or goat death or sales, or goats given away in the past 12 months significantly increased odds of seroconversion, whereas managing pigs or cattle attending seasonal grazing camps had significantly lower odds of seroconversion. Further research should investigate specific husbandry practices across production systems in other countries and in systems that include additional atypical host species to broaden understanding of PPRV transmission. View Full-Text
Keywords: epidemiology; peste des petits ruminants; seroepidemiologic studies; Tanzania; production system; husbandry epidemiology; peste des petits ruminants; seroepidemiologic studies; Tanzania; production system; husbandry
►▼ Show Figures 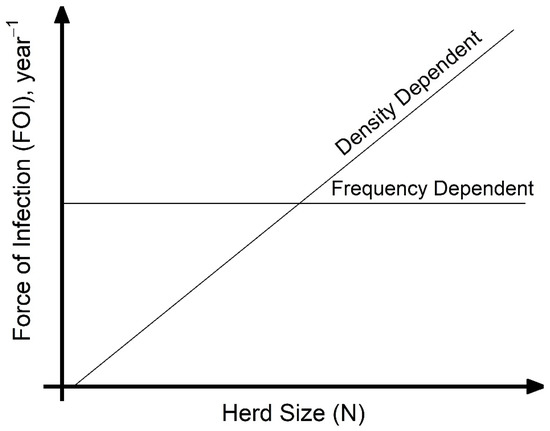