Lactobacillus rhamnosus Pen is a human endogenous strain used for the production of probiotic formula, which is effective in the prevention of antibiotic-associated diarrhoea. Our study showed that this probiotic strain releases bacteriophage BH1 without the addition of any inducing agent. Our research revealed that phage BH1 has a circular genome with a length of 40721 nt and a GC content of 44.8%. The genome of phage BH1 possesses 57 open reading frames which could be divided into functional modules associated with DNA packaging, morphogenesis, lysis, integration, genetic switch, and replication. In spite of similarity in morphology and genomic organization, comparative analysis revealed substantial genetic diversity and mosaic genomic architecture among phages described for the Lactobacillus casei group. Additionally, qPCR and ddPCR analysis confirmed earlier microscopic observations indicating that L. rhamnosus Pen liberates bacteriophage particles during growth. This occurs spontaneously, and is not a result of external inducing factors. For samples collected after 4 and 24 h of L. rhamnosus Pen culture, the number of attB and attP copies increased 2.5 and 12 times, respectively. This phenomenon, by introducing resistance to other phages or enhancing the biofilm-forming capabilities, may increase the survivability of microorganisms in their natural ecological niche. Conversely, spontaneous phage induction may be an important virulence factor for bacteria, posing a potential threat for the human host. View Full-Text
Keywords: L. rhamnosus; probiotics; bacteriophage; spontaneous prophage induction L. rhamnosus; probiotics; bacteriophage; spontaneous prophage induction
►▼ Show Figures 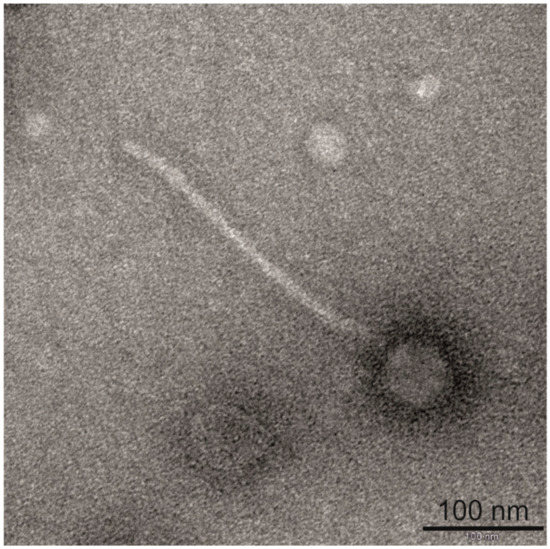