Molecular Determinants and the Regulation of Human Cytomegalovirus Latency and Reactivation

US28 is one of four G protein coupled receptors (GPCRs) encoded by human cytomegalovirus (HCMV). The US28 protein (pUS28) is a potent signaling molecule that alters a variety of cellular pathways that ultimately alter the host cell environment. This viral GPCR is expressed not only in the context of lytic replication but also during viral latency, highlighting its multifunctional properties. pUS28 is a functional GPCR, and its manipulation of multiple signaling pathways likely impacts HCMV pathogenesis. Herein, we will discuss the impact of pUS28 on both lytic and latent infection, pUS28-mediated signaling and its downstream consequences, and the influence this viral GPCR may have on disease states, including cardiovascular disease and cancer. We will also discuss the potential for and progress towards exploiting pUS28 as a novel therapeutic to combat HCMV. View Full-Text
Keywords: cytomegalovirus; US28; HCMV cytomegalovirus; US28; HCMV
►▼ Show Figures 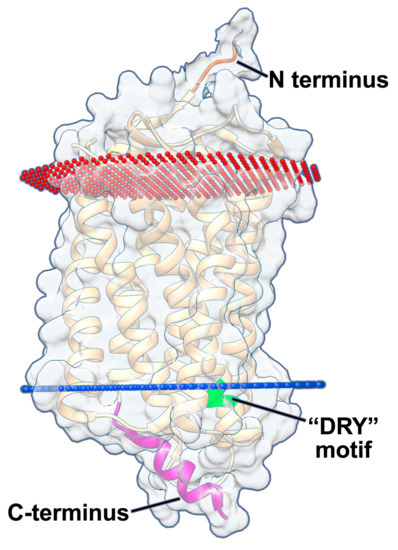