Many biotic and abiotic factors contribute to the onset of oak decline. Among biotic agents, a variety of fungi and insects cause extensive disease and insect outbreaks in oak forests. To date, research on fungus-insect interactions in Mediterranean forest ecosystems is still scarce and fragmentary. In this study, we investigated the assemblage of endophytic mycobiota and insect pests occurring in a declining oak stand, with the aim to explore if, and to what extent, the insect species were active vectors of fungal propagules. It emerged that some known latent pathogens of the Botryosphaeriaceae family, namely Botryosphaeria dothidea, Diplodia corticola, Diplodia seriata, Dothiorella sarmentorum, and Neofusicoccum parvum were isolated at high frequency from physiologically-impaired trees. In addition, propagules of these fungi were isolated from five insects, two of which (Cerambyx welensii and Coraebus fasciatus) are main oak pests. The life-history strategies of these fungi and those of wood-boring beetles were strikingly interconnected: both the fungi and beetles exploit drought-stressed trees and both occur at high frequency during hot, dry periods. This synchronicity increased their chance of co-occurrence and, consequently, their probability of jointly leading to oak decline. If these interactions would be confirmed by future studies, they could help to better understand the extensive decline/dieback of many Mediterranean forest ecosystems. View Full-Text
Keywords: Botryosphaeriaceae; Cerambyx welensii; Coraebus fasciatus; oak decline; climate warming; pathogen occurrence; transport vectors Botryosphaeriaceae; Cerambyx welensii; Coraebus fasciatus; oak decline; climate warming; pathogen occurrence; transport vectors
►▼ Show Figures 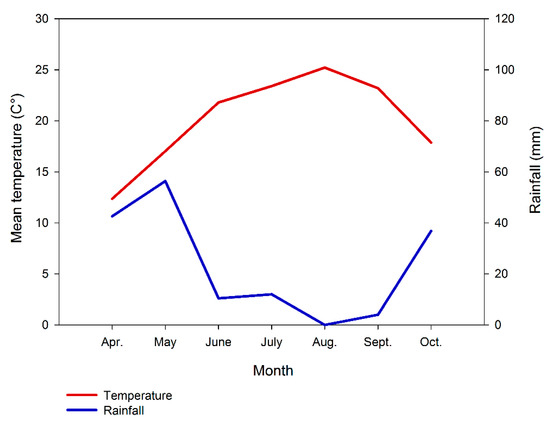