Comment on the Article Published in Forest by Maria Fernanda Gebara and Arun Agrawal, Forests 2017, 8, 66
Previous Article in Journal

REDD+ in West Africa: Politics of Design and Implementation in Ghana and Nigeria

This paper analyses the design and implementation of Reducing Emissions from Deforestation and Degradation, conserving and enhancing forest carbon stocks, and sustainably managing forests (REDD+) in the West African region, an important global biodiversity area. Drawing on in-depth interviews, analysis of policy documents and observation of everyday activities, we sought to understand how REDD+ has been designed and implemented in Nigeria and Ghana. We draw on political ecology to examine how, and why REDD+ takes the form it does in these countries. We structure our discussion around three key dimensions that emerged as strong areas of common emphasis in our case studies—capacity building, carbon visibility, and property rights. First, we show that while REDD+ design generally foregrounds an ostensible inclusionary politics, its implementation is driven through various forms of exclusion. This contradictory inclusion–exclusion politics, which is partly emblematic of the neoliberal provenance of the REDD+ policy, is also a contingent reality and a strategy for navigating complexities and pursuing certain interests. Second, we show that though the emergent foci of REDD+ implementation in our case studies align with global REDD+ expectations, they still manifest as historically and geographically contingent processes that reflect negotiated and contested relations among actors that constitute the specific national circumstance of each country. We conclude by reflecting on the importance of our findings for understanding REDD+ projects in other tropical countries.
Keywords: climate change; forests; Ghana; Nigeria; political ecology; REDD+; West Africa climate change; forests; Ghana; Nigeria; political ecology; REDD+; West Africa

The data for this article was obtained over 9 months of fieldwork in both Nigeria and Ghana between 2013 and 2014. We adopted a qualitative research method. We conducted several semi-structured interviews with a diverse set of actors who are directly or indirectly involved or affected in the design and implementation of REDD+ at both national and sub-national levels. In Ghana, the second author led the data collection. Here, 27 national-level stakeholders from government institutions, national and international non-governmental organisations (NGOs), development partners, research organisations and the private sector were interviewed. These respondents were selected purposively based on their involvement and interests in the REDD+ process. Purposive sampling is one of the non-probability sampling techniques involving deliberate target of specific units of interest from usually a small population to form a representative sample [48,49]. Similarly, 58 REDD+ stakeholders were purposively selected and interviewed in Nigeria. The first and the third authors carried out the interviews. The respondents include state officials, local NGOs, international REDD+ consultants, and community leaders. The difference in sample size between the two case study countries is a reflection of their distinctive political-administrative structures and institutional arrangements for REDD+ with that of Nigeria being more expansive. Some stakeholders such as the international NGOs operate in both countries as technical partners under the UN-REDD program. All interviews (except one on Ghana conducted via Skype) were conducted face-to-face using a conversational approach to allow for deeper probing of issues. The interviews generally lasted for an average of 40 min or more depending on the participants’ willingness to articulate their views. All the interviews were tape-recorded and stored according to the dates and locations they were conducted. The Skype interview was carried out in a similar fashion. Interview questions consist of relevant thematic issues that relate to politics, power relations, multi-level governance arrangement, tenure and other information linked to design and implementation of REDD+ in both countries.
The qualitative interviews were complemented with a detailed review of relevant reports on REDD+ in both countries. These include the REDD+ Project Idea Note (R-PIN) and the REDD+ Readiness Programme Proposal (R-PP) in the case of Ghana; and the National Programme Documents (NPD), the (REDD+ Readiness Programme Proposal) R-PP and the (Preliminary Assessment Report) PAR in the case of Nigeria. Other documents reviewed include REDD+ progress reports for both countries, Terms of Reference for consultants, consultancy reports, REDD+ project documents and the National REDD+ Strategy document of Ghana. Additionally, we drew on observation of selected REDD+ meetings and events, and extensive documentation of REDD+ events. These policy events include environmental summits, workshops, round-table discussions and project meetings. We also obtained data at REDD+ sites through participant observation of everyday activities of communities. In Nigeria, further data was obtained from Ekuri, Iko-Esai, Katabang, and Ikang communities which were purposively sampled from each of the three REDD+ pilot clusters. These communities were selected based on the relative significance attached to them by the project proponents. The collected data sets were analysed using qualitative methods of content analysis, grounded theory, and discourse analysis [50,51]. First, the interviews were transcribed verbatim and coded. Second, drawing on the suggestions of Strauss and Corbin, and Saldana [52,53], coding was done manually using pen and highlighters to assign descriptive and attribute information to sections of the transcripts and secondary documents. This is followed by the axial coding process of re-organising and categorising similar or related codes into themes that constitute the structure of our findings. This process was repeated until a saturation point was reached where no new themes emerge from the data. Discourse analysis involves the use of a critical narrative approach for the interpretation of meanings emerging from the data in relation to our written memos of observations during the data gathering processes.

In what follows, we discuss the results of our study under two broad headings: Politics of REDD+ Design and Politics of Implementation. The latter is further divided into three subsections.

Having discussed the politics of REDD+ design, this section highlights how elements of project design codified in key project documents are pursued, contested and even transformed as they enter the realm of everyday politics of implementation. We show that not only did the earlier inclusionary approach change in implementation, but various forms of exclusion and narrowing were also strategically wielded to render social and ecological complexities governable. This section proceeds along three major areas of common implementation focus in Nigeria and Ghana. These are capacity building, carbon visibility, and property rights.

This work is part of PhD studies of the authors. Adeniyi Asiyanbi’s studies were financed by the Kings International Scholarship. Albert Arhin’s work has been supported by the Gates Cambridge Scholarship while Usman Isyaku’s work has been supported by the Petroleum Technology Development Fund (PTDF) Nigeria, and Ahmadu Bello University Zaria, Nigeria. We are grateful for these funding bodies and our supervisors.

This paper, which is part of a larger study for a PhD, was designed by all the three authors. Adeniyi Asiyanbi and Usman Isyaku wrote the sections on Nigeria while Albert Arhin wrote that of Ghana. All authors contributed equally in editing and producing the final output. 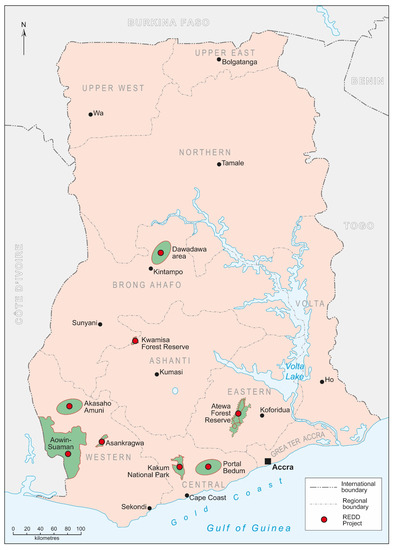 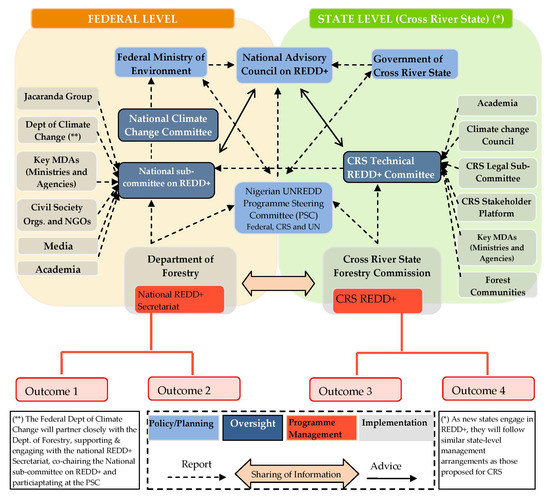