Evaluating the Effects of Carbon Prices on Trade-Offs between Carbon and Timber Management Objectives in Forest Spatial Harvest Scheduling Problems: A Case Study from Northeast China

The western United States faces significant forest management challenges after severe bark beetle infestations have led to substantial mortality. Minimizing costs is vital for increasing the feasibility of management operations in affected forests. Multi‐transmitter Global Navigation Satellite System (GNSS)‐radio frequencies (RF) technology has applications in the quantification and analysis of harvest system production efficiency and provision of real‐time operational machine position, navigation, and timing. The aim of this study was to determine the accuracy with which multi‐transmitter GNSS‐RF captures the swinging and forwarding motions of ground based harvesting machines at varying transmission intervals. Assessing the accuracy of GNSS in capturing intricate machine movements is a first step toward development of a real‐time production model to assist timber harvesting of beetle‐killed lodgepole pine stands. In a complete randomized block experiment with four replicates, a log loader rotated to 18 predetermined angles with GNSS‐RF transponders collecting and sending data at two points along the machine boom (grapple and heel rack) and at three transmission intervals (2.5, 5.0, and 10.0 s). The 2.5 and 5.0 s intervals correctly identified 94% and 92% of cycles at the grapple and 92% and 89% of cycles at the heel, respectively. The 2.5 s interval successfully classified over 90% of individual cycle elements, while the 5.0 s interval returned statistically similar results. Predicted swing angles obtained the highest level of similarity to observed angles at the 2.5 s interval. Our results show that GNSS‐RF is useful for realtime, model‐based analysis of forest operations, including woody biomass production logistics.
Keywords: forest operations; logistics; multi‐transmitter; accuracy; precision forestry forest operations; logistics; multi‐transmitter; accuracy; precision forestry

Both 2.5 and 5.0 s transmission intervals correctly characterized cycles and cycle elements in the rotation movements of log loaders. However, the 2.5 s interval was the most successful in allowing for the prediction of accurate swing angle measures. Additional studies should be conducted to further refine the methodology and analysis techniques to foster use of this approach in real-time analysis of equipment movements on active beetle-killed harvesting operations. Accurate characterization of machine movements from spatially explicit data through the use of simple, non-intrusive multi-transmitter GNSS-RF allows for an increased level of situational awareness for improved streamlined operational production in the woods where obstructed views from topography or other site features may limit the ability to visually identify the actions of forest machinery at all times. The consumer-grade transponders incorporated into this study returned promising results in this preliminary study as to their accuracy and use in real-time production analysis and support models. The designed and controlled experiment performed in this study provided valuable information which will be used to further develop the real-time analysis model in subsequent studies. Executing these focused studies will allow various machine processes to be analyzed individually, resulting in strong model components representing the various cycle elements of associated harvest machinery. As previously mentioned, once activity profiles for harvest systems are completed, the model will be applied at a landscape scale, providing valuable information to operations foresters and contractors regarding harvest site selection and real-time decision support during harvest.
Further, connecting machine movements to the onboard computers of multiple machines interacting with one another opens new possibilities for real-time decision-support and logistics analysis in beetle-killed harvests and forest operations in general. For example, the movements of a shovel can be paired with subsequent processing activities of additional machinery and personnel working within the harvest boundaries. Incorporation of real-time machine production analysis and model-assisted decision-making will prove a valuable development in the continued advancement of precision forestry. These technologies will allow for streamlined real-time production analysis and feedstock logistics in not only beetle-killed harvests, but more broadly in a wide range of forest operations.

This project was funded by the Agriculture and Food Research Initiative Competitive Grant No. 2013-68005-21298 from the USDA National Institute of Food and Agriculture under the Bioenergy Alliance Network of the Rockies (BANR) project. Special thanks to Steve Normington and Tom Dean Logging for their assistance in the field work portion of this study and graciously making time and machinery available, and Eloise Zimbelman for her help with equipment setup and sampling. 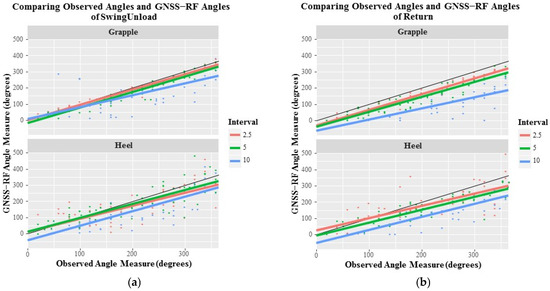 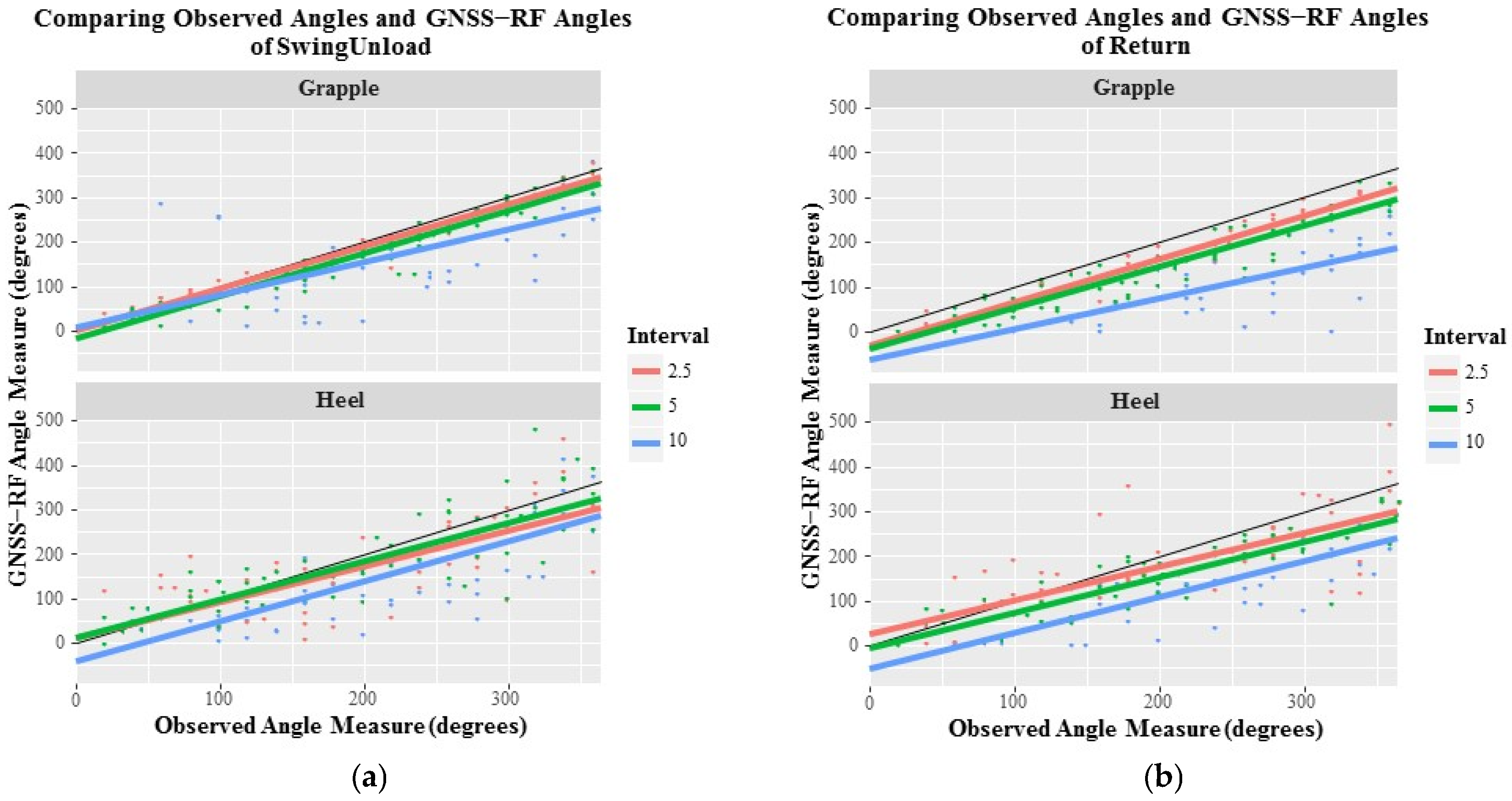 Table 4. Summary of equivalence-based regression results. The model represents the various combinations of transmission interval (2.5,5,10); transponder location, grapple (G) or heel (H); and cycle element, swing unload (SU), and return (R). Sample size is denoted by n, and the approximate joint two one-sided 95% confidence intervals for the slope and intercept are: (, ) and (, ), respectively. The former should be contained by the intercept interval of equivalence, (, ) = ± 25%, and the latter by the slope interval of equivalence (, ) = 1 ± 0.25.