Forestry companies study the population dynamics of insect pests in Integrated Pest Management for cost effectiveness. The objective of this study was to obtain qualitative and quantitative information on population fluctuation of the Lepidopteran defoliators of Eucalyptus urophylla plants in the Brazilian Amazon rainforest. In all, 402 species were collected, of which 10 were primary pests, nine were secondary pests, and the remaining bore no definite relevance to eucalyptus. Primary pests formed a low percentage of the total species, although they recorded a high percentage of the total number of individuals. The abundance of secondary pests, except in Caracuru, was less than 150 specimens annually. Primary pests showed higher population peaks during periods of low precipitation. The small number of species and the high abundance of primary and secondary pests could be due to the availability of food, or a deficiency in natural biological control. This suggests the possibilities of population outbreaks in the eucalyptus plantations. The period of highest occurrence for insect species in these crops must be identified so that suitable strategies can be developed for Integrated Pest Management. View Full-Text
Keywords: eucalyptus; light trap; monitoring; moths; integrated pest management eucalyptus; light trap; monitoring; moths; integrated pest management
►▼ Show Figures 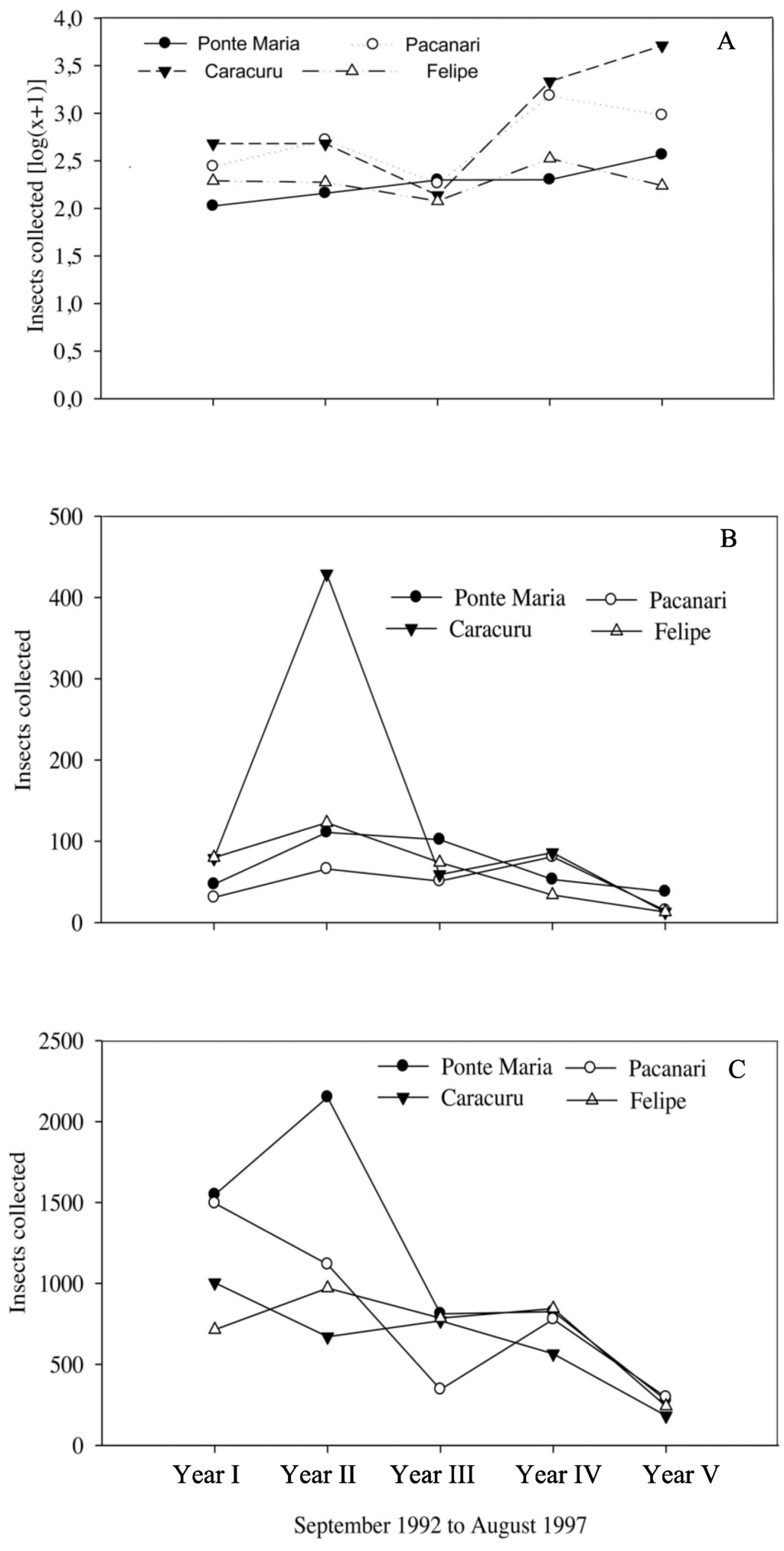