In view of the important role played by roots against shallow landslides, root tensile force was evaluated for two widespread temperate tree species within the Caspian Hyrcanian Ecoregion, i.e., Fagus orientalis L. and Carpinus betulus L. Fine roots (0.02 to 7.99 mm) were collected from five trees of each species at three different elevations (400, 950, and 1350 m a.s.l.), across three diameter at breast height (DBH) classes (small = 7.5–32.5 cm, medium = 32.6–57.5 cm, and large =57.6–82.5 cm), and at two slope positions relative to the tree stem (up- and down-slope). In the laboratory, maximum tensile force (N) required to break the root was determined for 2016 roots (56 roots per each of two species x three sites x three DBH classes x two slope positions). ANCOVA was used to test the effects of slope position, DBH, and study site on root tensile force. To obtain the power-law regression coefficients, a nonlinear least square method was used. We found that: 1) root tensile force strongly depends on root size, 2) F. orientalis roots are stronger than C. betulus ones in the large DBH class, although they are weaker in the medium and small DBH classes, 3) root mechanical resistance is higher upslope than downslope, 4) roots of the trees with larger DBH were the most resistant roots in tension in compare with roots of the medium or small DBH classes, and 5) the root tensile force for both species is notably different from one site to another site. Overall, our findings provide a fundamental contribution to the quantification of the protective effects of forests in the temperate region. View Full-Text
Keywords: bioengineering; Carpinus betulus; Fagus orientalis; tensile force bioengineering; Carpinus betulus; Fagus orientalis; tensile force
►▼ Show Figures 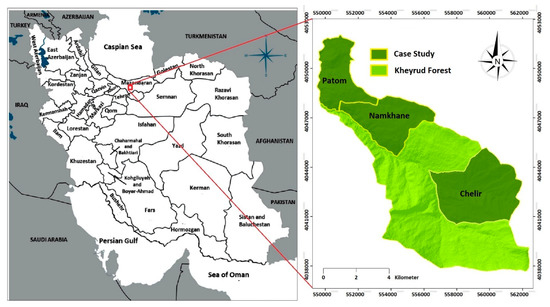