A highly ordered, mesoporous (pore size 2~50 nm) bioactive glass (MBG) structure has a greater surface area and pore volume and excellent bone-forming bioactivity compared with traditional bioactive glasses (BGs). Hence, MBGs have been used in drug delivery and bone tissue engineering. MBGs can be developed as either a dense or porous block. Compared with a block, microbeads provide greater flexibility for filling different-shaped cavities and are suitable for culturing cells in vitro. In contrast, the fibrous structure of a scaffold has been shown to increase cell attachment and differentiation due to its ability to mimic the three-dimensional structure of natural extracellular matrices. Hence, the aim of this study is to fabricate MBG microbeads with a fibrous structure. First, a sol-gel/electrospinning technique was utilized to fabricate the MBG nanofiber (MBGNF) structure. Subsequently, the MBGNF microbeads (MFBs) were produced by an electrospraying technology. The results show that the diameter of the MFBs decreases when the applied voltage increases. The drug loading and release profiles and mechanisms of the MFBs were also evaluated. MFBs had a better drug entrapment efficiency, could reduce the burst release of tetracycline, and sustain the release over 10 days. Hence, the MFBs may be suitable drug carriers. In addition, the cellular attachment of MG63 osteoblast-like cells is significantly higher for MFBs than for glass microbeads after culturing for 4 h. The nanofibrous structure of MFBs could provide an appropriate environment for cellular spreading. Therefore, MFBs have great potential for use as a bone graft material in bone tissue engineering applications. View Full-Text
Keywords: mesoporous bioactive glasses; nanofiber; microbead mesoporous bioactive glasses; nanofiber; microbead
►▼ Show Figures 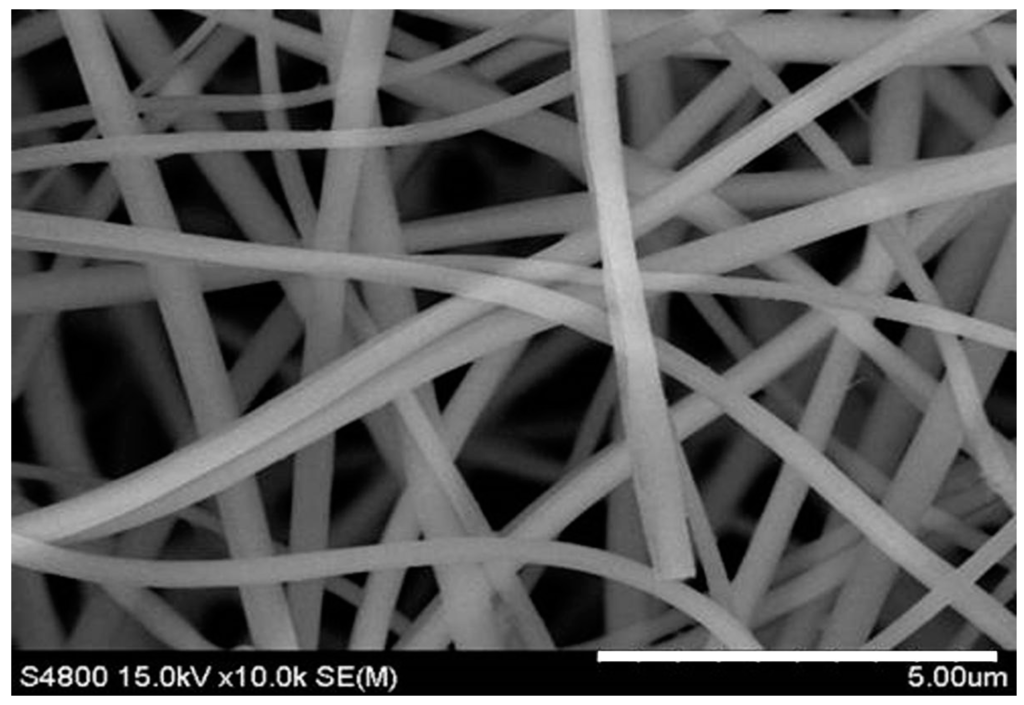