The structural mechanical properties and electronic properties of a new silicon allotrope Si96 are investigated at ambient pressure by using a first-principles calculation method with the ultrasoft pseudopotential scheme in the framework of generalized gradient approximation. The elastic constants and phonon calculations reveal that Si96 is mechanically and dynamically stable at ambient pressure. The conduction band minimum and valence band maximum of Si96 are at the R and G point, which indicates that Si96 is an indirect band gap semiconductor. The anisotropic calculations show that Si96 exhibits a smaller anisotropy than diamond Si in terms of Young’s modulus, the percentage of elastic anisotropy for bulk modulus and shear modulus, and the universal anisotropic index AU. Interestingly, most silicon allotropes exhibit brittle behavior, in contrast to the previously proposed ductile behavior. The void framework, low density, and nanotube structure make Si96 quite attractive for applications such as hydrogen storage and electronic devices that work at extreme conditions, and there are potential applications in Li-battery anode materials. View Full-Text
Keywords: ab initio calculations; structural and anisotropic properties; silicon allotropes ab initio calculations; structural and anisotropic properties; silicon allotropes
►▼ Show Figures 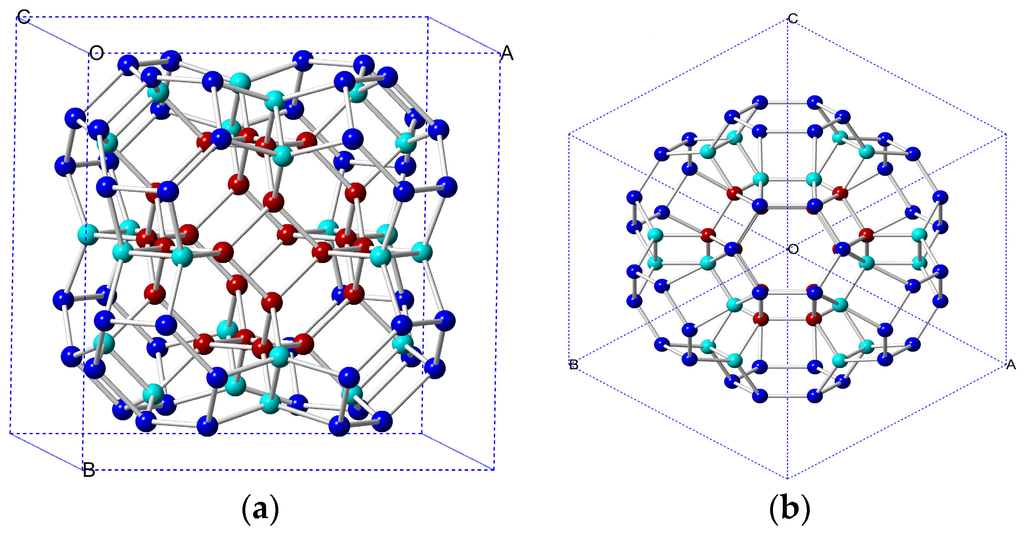