Given the continued challenge of dispersion, for practical purposes, it is of interest to evaluate the impact of multi-walled carbon nanotubes (MWCNTs) at different states of clustering on the eventual performance properties of cement paste. This study evaluated the clustering of MWCNTs and the resultant effect on the mechanical and electrical properties when incorporated into cement paste. Cement pastes containing different concentrations of MWCNTs (up to 0.5% by mass of cement) with/without surfactant were characterized. MWCNT clustering was assessed qualitatively in an aqueous solution through visual observation, and quantitatively in cement matrices using a scanning electron microscopy technique. Additionally, the corresponding 28-day compressive strength, tensile strength, and electrical conductivity were measured. Results showed that the use of surfactant led to a downward shift in the MWCNT clustering size distribution in the matrices of MWCNT/cement paste, indicating improved dispersion of MWCNTs. The compressive strength, tensile strength, and electrical conductivity of the composites with surfactant increased with MWCNT concentration and were higher than those without surfactant at all concentrations. View Full-Text
Keywords: carbon nanotube; clustering; mechanical property; electrical conductivity carbon nanotube; clustering; mechanical property; electrical conductivity
►▼ Show Figures 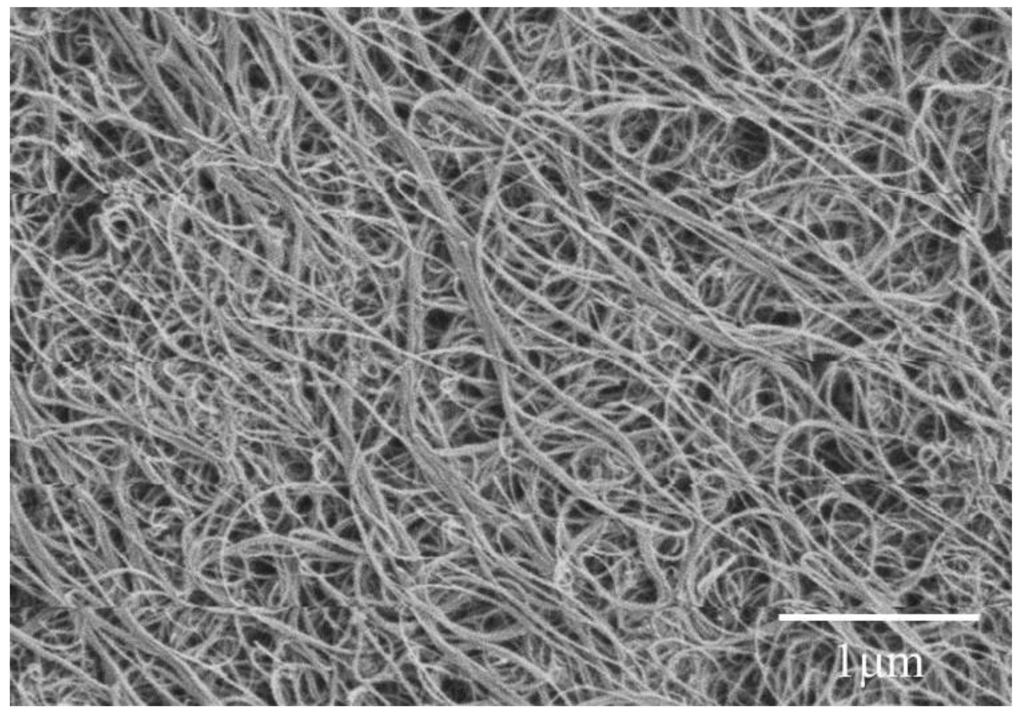