UHPCC is composed of cement, sand, silica fume, filler, water, and some admixtures. The water/binder ratio used in this study was 0.2. A polycarboxylate-based superplasticizer was used to obtain the required workability for such a low water/binder ratio composition. Type I portland cement and undensified silica fume were used as the cementitious materials. Silica fume has the effect of increasing the strength via the pozzolanic reaction and filling the voids. Table 1 lists the physical and chemical properties of the cement and silica fume. Sand with a grain size below 0.5 mm and a density of 2.62 g/cm3 was used as the sole aggregate. In addition, the siliceous filler was used to improve the strength and workability. The filler had a mean grain size of approximately 4 μm, density of 2.62 g/cm3, and crystalline SiO2 > 98%. The particle size was in the intermediate range between that of cement and silica fume. Therefore, it produces an enhanced packing density of the UHPCC matrix, making it possible to obtain improved strength and workability. Table 2 lists the UHPCC mix proportion applied for this study. A total 2 vol % of straight steel fibers, whose tensile strength were 2500 MPa and density was 7.5 g/cm3, were incorporated. Two types of fibers with the same volume fraction were chosen; one fiber was 0.2 mm in diameter and 16.3 mm in length, and the other was 19.5 mm in length with the same diameter. In order to improve the tensile performance of the composites, the hybridization of two lengths of steel fibers was introduced in this study. As is well known, the long steel fiber can resist large cracks and the short steel fiber can resist small cracks.

In order to estimate the tensile behavior according to the fiber orientation distribution, two different fiber orientation distributions were induced by placing in different casting methods. One method was to cast in a way that could induce a random fiber distribution in the middle of the specimen, as shown in Figure 1a. The other was to cast in a way that could cause the fibers to align along the flow direction, as shown in Figure 1b. The former method is called ‘Method A’ and the latter is called ‘Method B’.
For the direct tensile test experiment, the specimens were fabricated in the so-called dogbone shape. After casting, all the specimens were cured at room temperature for the first two days, demolded, cured in a steam curing regime at a temperature of 90 ± 3 °C for an additional three days, and stored in 20 ± 3 °C water until testing. Prior to the test, the specimens were notched by sawing on both sides at the center with a depth of 10 mm. Figure 2a provides the details of the notched specimen. The direct tensile test was implemented using a 250 kN capacity UTM with a loading rate of 0.2 mm/min. As each specimen was tested, its crack mouth opening displacement (CMOD) in the notch was measured using a clip gauge, which had been placed across the notch. The capacity of the clip gauge was 5 mm. Figure 2b shows the experimental setup for the test.

Figure 3 presents the tensile stress–CMOD curves obtained from the direct tensile test with the specimens cast in two different ways (i.e., Methods A and B). The figure clearly demonstrates that there is a noticeable difference in the tensile behavior according to the casting method.
The specimens, in which flow-induced fiber orientation was believed to be obtained, showed strain-hardening behavior until it reached a maximum tensile stress of approximately 15 MPa. In the other specimens, where the fiber orientation was not induced, there was a drastic decrease in stress once the first crack had occurred, and there was little stress recovery even though some of the stress appeared to have been regained for a little while after the first cracking. The maximum tensile stress did not reach 8 MPa. The first cracking stresses, tensile strengths (ultimate tensile stresses), and corresponding CMODs at those stresses or strength are tabulated in Table 3. The first cracking stress of Method B was slightly higher than that of Method A. It was theoretically proven that the distribution of fiber orientation has an influence on the first cracking stress even though its effect is quite limited and the strength of the matrix absolutely dominates the stress [18]. Meanwhile, the tensile strength of Method B was approximately twice that of Method A and the corresponding CMOD of Method B was also more than twice that of Method A. This difference in tensile behavior potentially indicates that the fiber orientation distribution depends strongly on the casting method and has a great influence on the post-cracking tensile behavior.

3. Determination of the Post-Cracking Tensile Behavior

Once a crack forms in a fiber-reinforced cementitious composite, the matrix barely resists an external load at the cracked plane and most of the applied load is supported by the fibers. That is, its tensile behavior is determined absolutely by the pullout behaviors of the fibers embedded in the matrix.
A large number of fibers can be found across the cracked plane, and each fiber has its own embedded length and inclined angle from the cracked plane. Let us consider a single fiber embedded in a matrix across a crack plane with an inclined angle (θ), as depicted in Figure 4. For convenience, the embedded length (le) is defined as the length of the shorter segment of the fiber when it is divided into two embedded segments due to cracking. It is therefore less than lf/2. It is well known that both the embedded length and inclined angle of the fiber have a strong influence on the pullout resistance, and the pullout force is also dependent on its pullout displacement or crack opening displacement on the cracked plane. Therefore, the bridging force of a single fiber shown in Figure 4 is given by a function of the inclined angle of the fiber (θ), the embedded length of the fiber (le), and the crack opening displacement (δ), which is therefore denoted as P(θ, le, δ). The fiber bridging stress of the composites after cracking, in which all the fibers placed with an embedded length and an inclination across the cracked plane are considered, can be calculated by the following equation [41]: where p(θ) and p(le) are the probability density functions for θ and le, respectively. These two functions can be expressed by sin θ and 2/lf in particular for the three-dimensional random distribution of the fibers. lf and df denote the length and diameter of the fiber, respectively.
Lee et al. [42] proposed a predictive model for the pullout behavior of an inclined steel fiber in a UHPCC matrix. The model they suggested in their work was applied for the pullout resistance of a single fiber. The bridging force of a single fiber, P(θ, le, δ), can be obtained from the pullout resistance by assuming that (1) the crack width is equal to twice the slip deformation in the pullout behavior when the fiber is perfectly bonded and partially debonded; and (2) after the fiber is fully debonded, the crack width deformation is the same as the slip deformation because the shorter fiber only undergoes frictional slip deformation after debonding and is finally pulled out. More details of the function P(θ, le, δ) can be found in [18]. In addition, in order to consider the inconsistency of the bond condition between that in their pullout test and in the composites, a correction factor (Fc) was introduced and multiplied by the pullout resistance. A value of 1.25 was applied as this factor in an earlier study [18] and it can be changed according to the mix condition and the characteristics of the fiber used.
The post-cracking behavior of a composite can be defined as the combination of the resistance provided by the fibers and the matrix. Therefore, in order to establish the post-cracking behavior, a mathematical model for the resistance of the matrix should also be introduced in addition to fiber bridging. The typical tension softening behavior of concrete after cracking can be expressed by a linear, bilinear, or exponential curve. The tension softening curve of UHPCC in this study was assumed to be an exponential function [43]: where ft is the tensile strength (MPa), w is the cracking opening (mm), and c is a constant that can be determined experimentally and is theoretically equal to ft/GF. 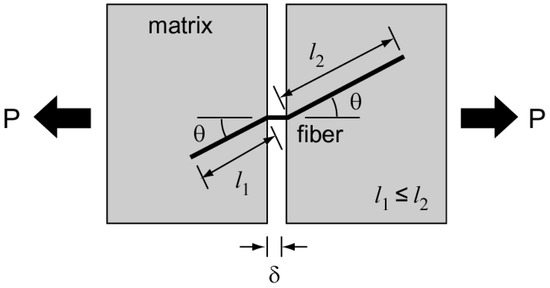 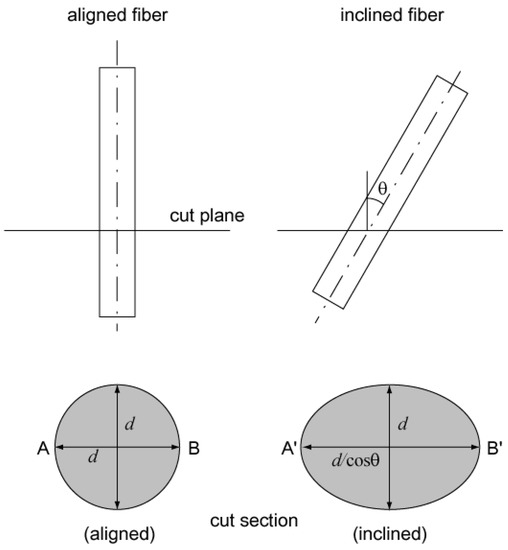 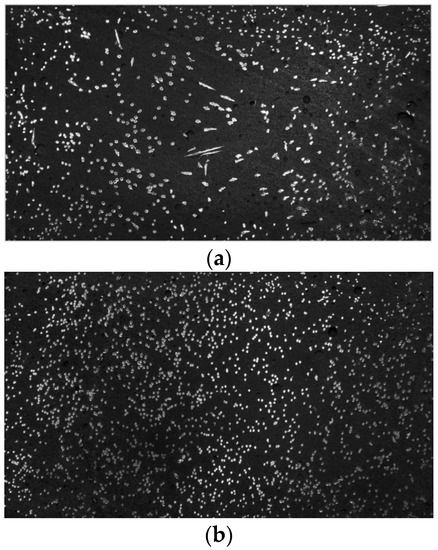 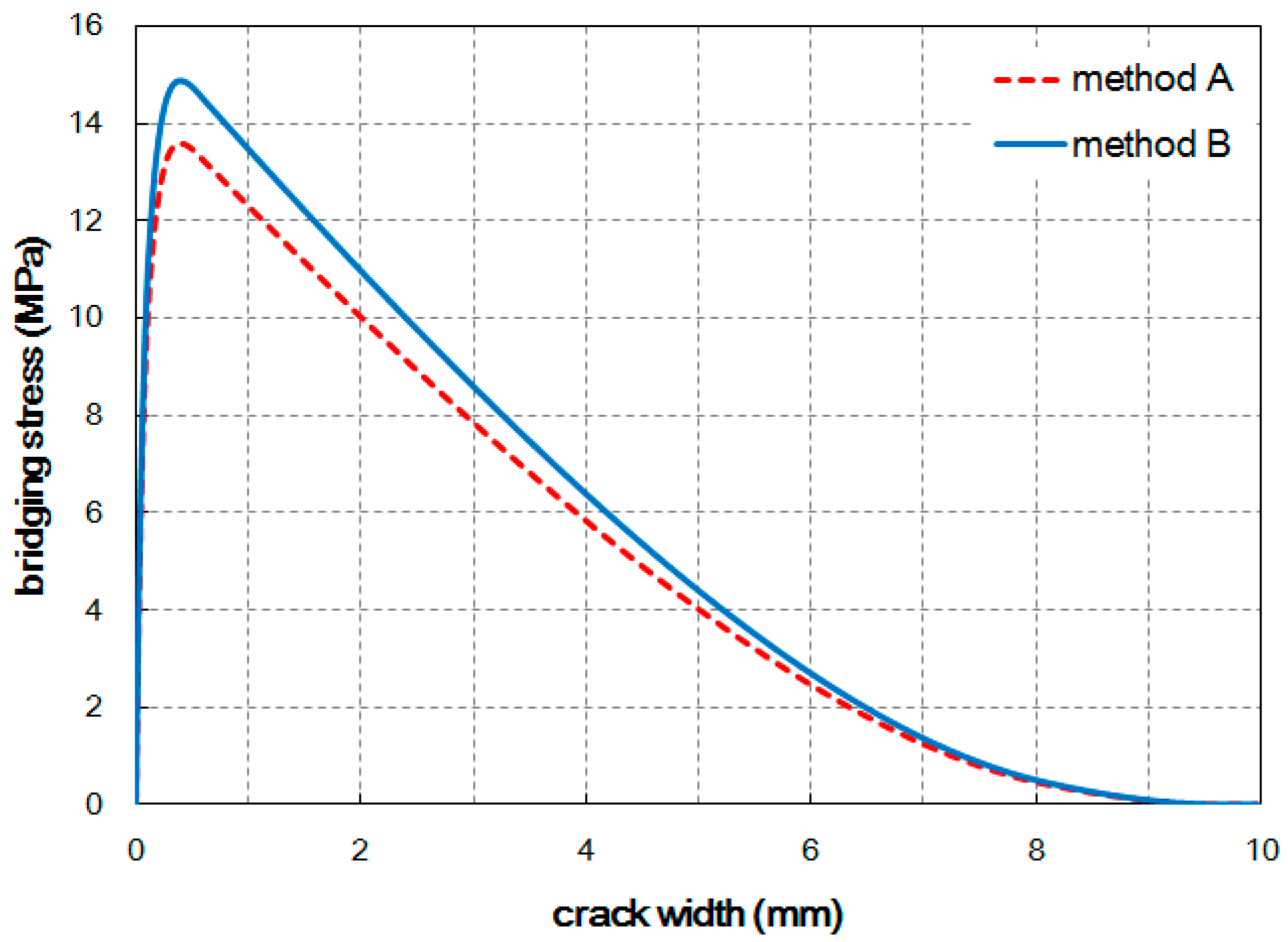 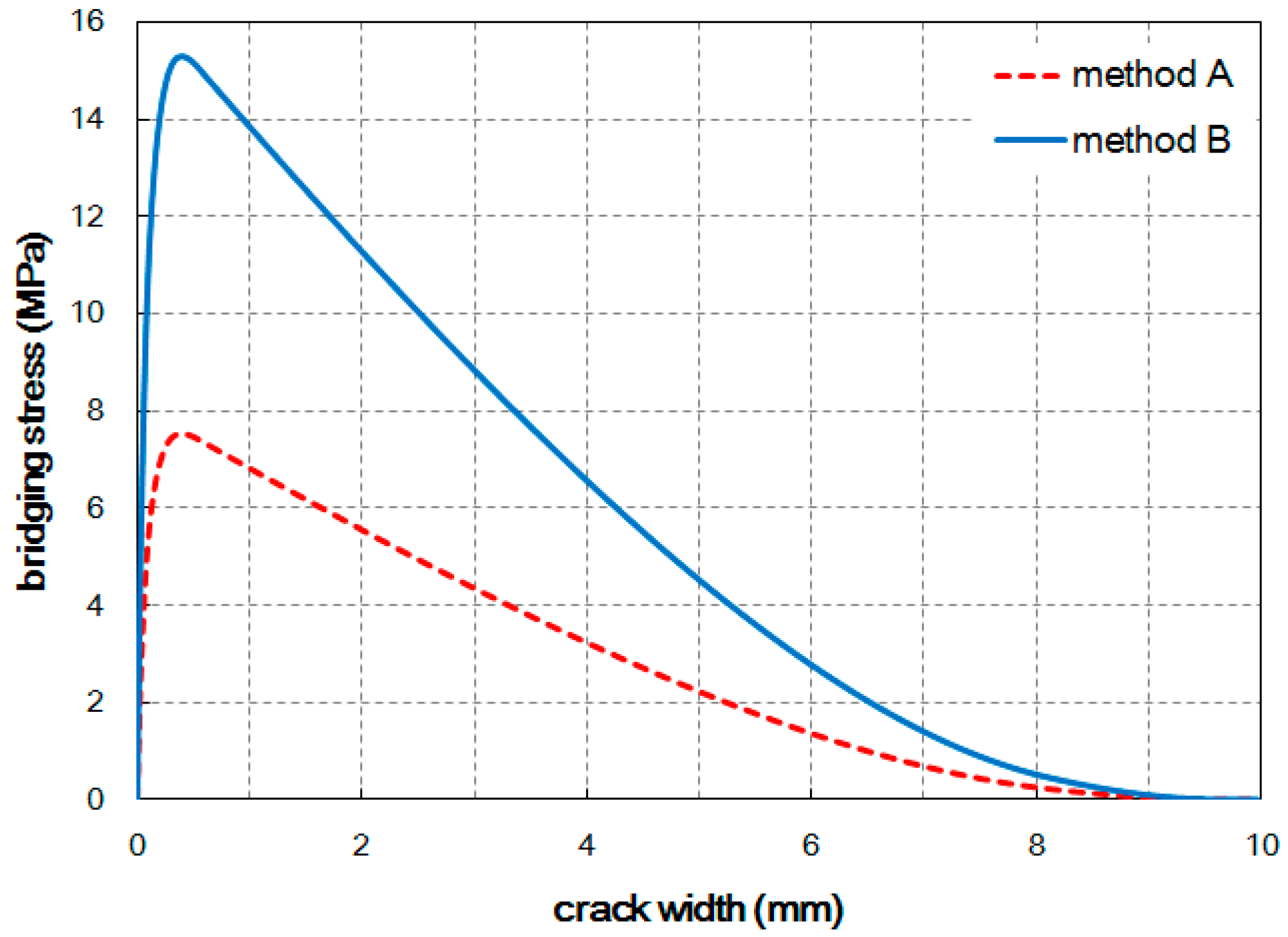 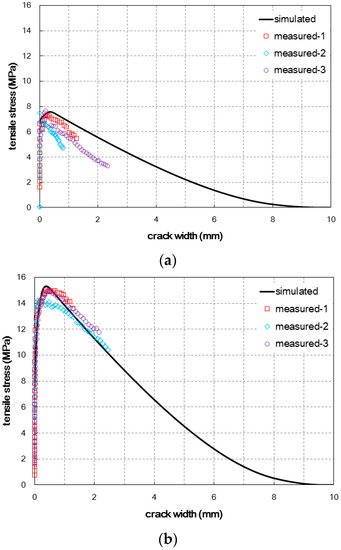 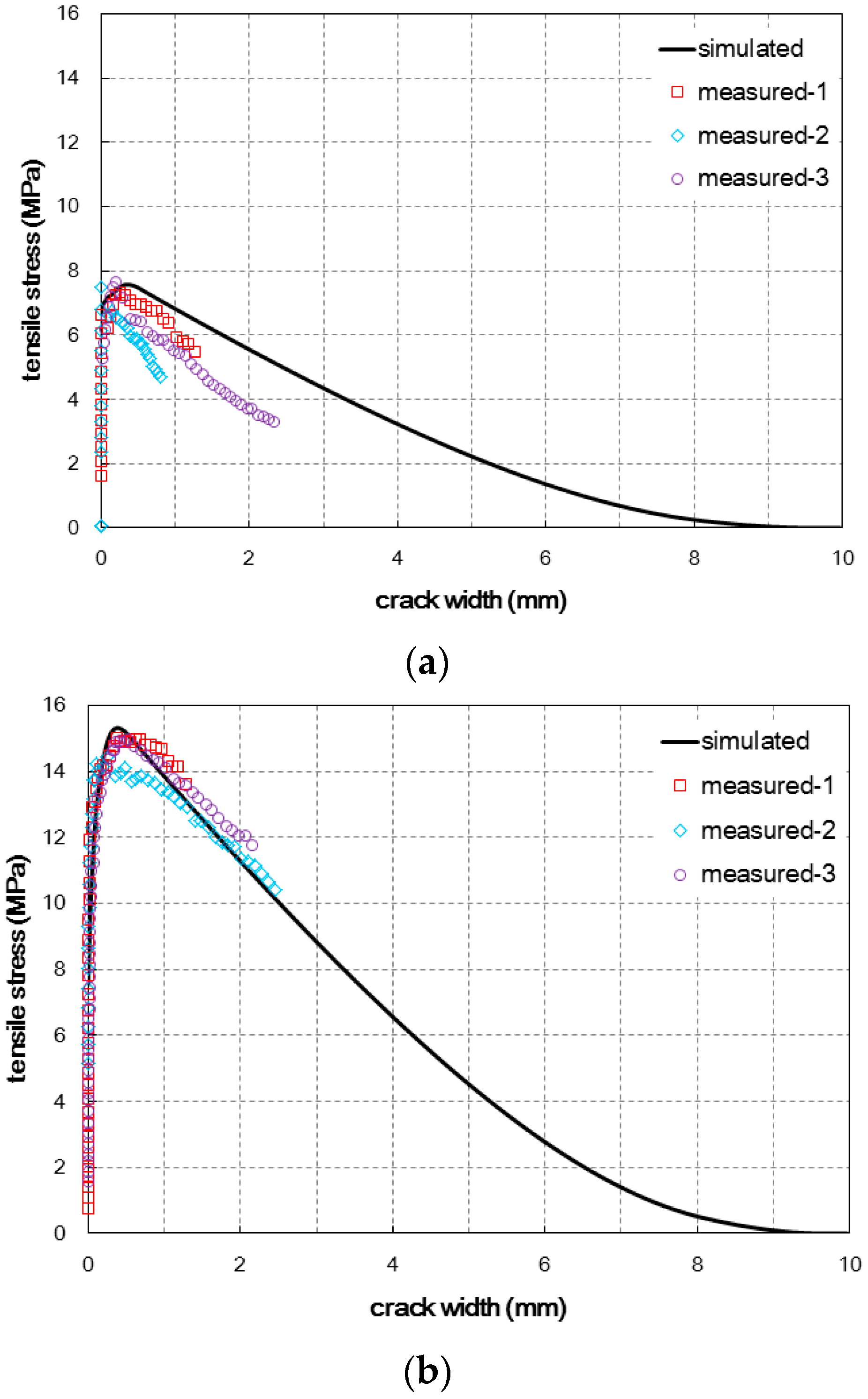 Table 1. Physical and chemical properties of cement and silica fume.

Table 5. Measured orientation angle of the artificial fiber image according to the number of pixels in the diameter [40].

Table 6. The values employed in this study for the parameters in the pullout model by Lee et al. [42].