In this paper, the top-contact (TC) pentacene-based organic thin-film transistor (OTFT) with a tetrafluorotetracyanoquinodimethane (F4TCNQ)-doped pentacene interlayer between the source/drain electrodes and the pentacene channel layer were fabricated using the co-evaporation method. Compared with a pentacene-based OTFT without an interlayer, OTFTs with an F4TCNQ:pentacene ratio of 1:1 showed considerably improved electrical characteristics. In addition, the dependence of the OTFT performance on the thickness of the F4TCNQ-doped pentacene interlayer is weaker than that on a Teflon interlayer. Therefore, a molecular doping-type F4TCNQ-doped pentacene interlayer is a suitable carrier injection layer that can improve the TC-OTFT performance and facilitate obtaining a stable process window. View Full-Text
Keywords: pentacene; organic thin-film transistors (OTFTs); F4TCNQ; Teflon; carrier injection layer pentacene; organic thin-film transistors (OTFTs); F4TCNQ; Teflon; carrier injection layer
►▼ Show Figures 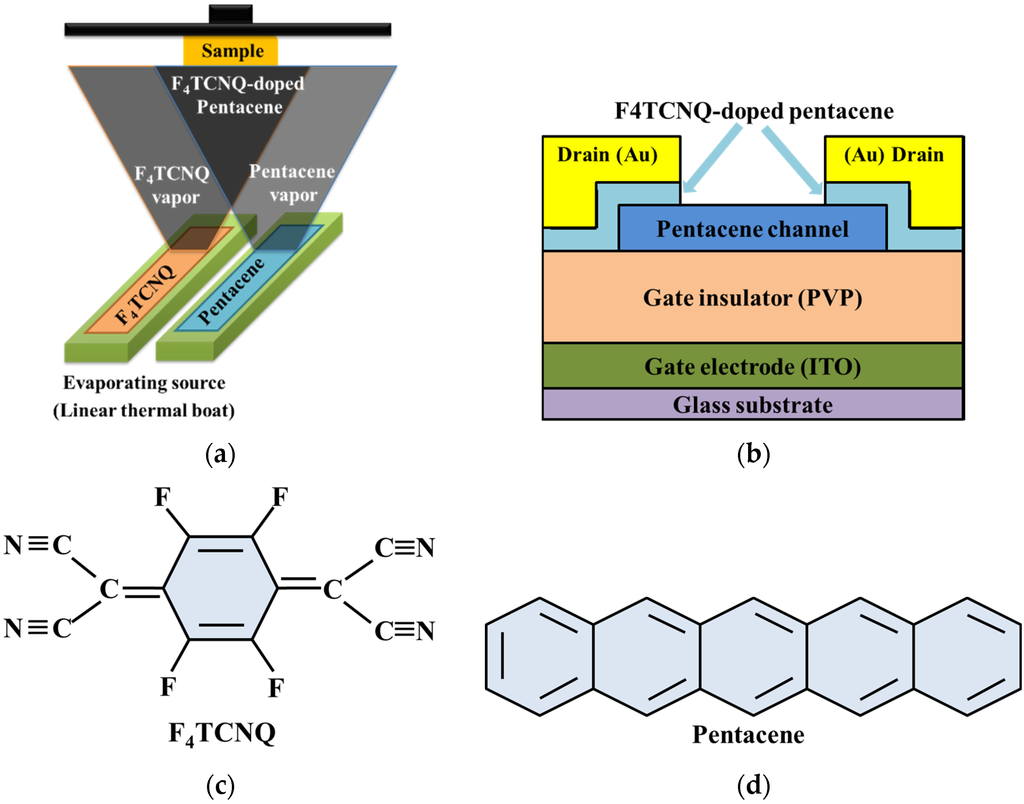