Synthesis of Ternary Borocarbonitrides by High Temperature Pyrolysis of Ethane 1,2-Diamineborane
Next Article in Special Issue

First-Principles Investigation of Adsorption and Diffusion of Ions on Pristine, Defective and B-doped Graphene
Previous Article in Journal

Development of Graphene Nano-Platelet Based Counter Electrodes for Solar Cells

Graphene has been envisaged as a highly promising material for various field emission devices, supercapacitors, photocatalysts, sensors, electroanalytical systems, fuel cells and photovoltaics. The main goal of our work is to develop new Pt and transparent conductive oxide (TCO) free graphene based counter electrodes (CEs) for dye sensitized solar cells (DSSCs). We have prepared new composites which are based on graphene nano-platelets (GNPs) and conductive polymers such as poly (3,4-ethylenedioxythiophene) poly(styrenesulfonate) (PEDOT:PSS). Films of these composites were deposited on non-conductive pristine glass substrates and used as CEs for DSSCs which were fabricated by the “open cell” approach. The electrical conductivity studies have clearly demonstrated that the addition of GNPs into PEDOT:PSS films resulted in a significant increase of the electrical conductivity of the composites. The highest solar energy conversion efficiency was achieved for CEs comprising of GNPs with the highest conductivity (190 S/cm) and n-Methyl-2-pyrrolidone (NMP) treated PEDOT:PSS in a composite film. The performance of this cell (4.29% efficiency) compares very favorably to a DSSC with a standard commercially available Pt and TCO based CE (4.72% efficiency in the same type of open DSSC) and is a promising replacement material for the conventional Pt and TCO based CE in DSSCs. View Full-Text
Keywords: graphene; nano-platelets; counter electrodes; solar cells; DSSC graphene; nano-platelets; counter electrodes; solar cells; DSSC
►▼ Show Figures 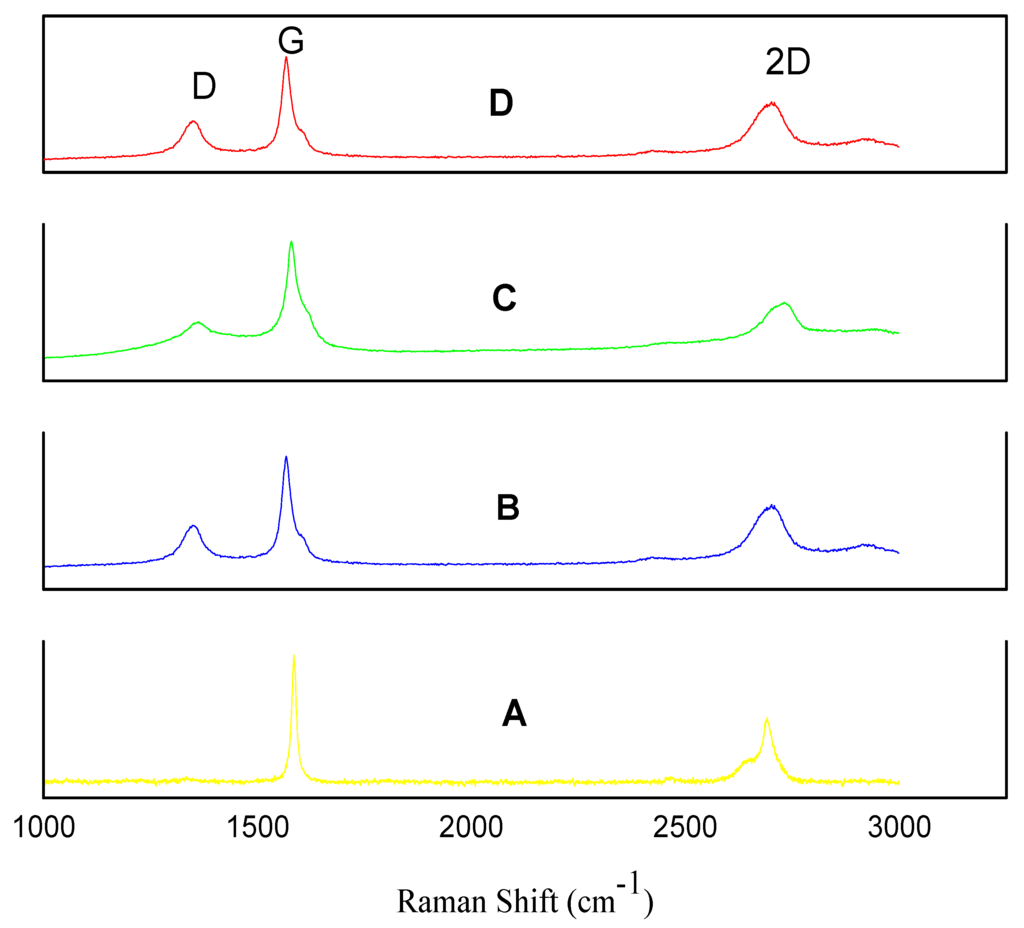