The bioactivity of a series of fluoride-containing sodium-free calcium and strontium phosphosilicate glasses has been tested in vitro. Glasses with high fluoride content were partially crystallised to apatite and other fluoride-containing phases. The bioactivity study was carried out in Tris and SBF buffers, and apatite formation was monitored by XRD, FTIR and solid state NMR. Ion release in solutions has been measured using ICP-OES and fluoride-ion selective electrode. The results show that glasses with low amounts of fluoride that were initially amorphous degraded rapidly in Tris buffer and formed apatite as early as 3 h after immersion. The apatite was identified as fluorapatite by 19F MAS-NMR after 6 h of immersion. Glass degradation and apatite formation was significantly slower in SBF solution compared to Tris. On immersion of the partially crystallised glasses, the fraction of apatite increased at 3 h compared to the amount of apatite prior to the treatment. Thus, partial crystallisation of the glasses has not affected bioactivity significantly. Fast dissolution of the amorphous phase was also indicated. There was no difference in kinetics between Tris and SBF studies when the glass was partially crystallised to apatite before immersion. Two different mechanisms of apatite formation for amorphous or partially crystallised glasses are discussed. View Full-Text
Keywords: sodium-/alkali-free bioactive glass; bioactive glass-ceramics; fluorapatite; fluoride sodium-/alkali-free bioactive glass; bioactive glass-ceramics; fluorapatite; fluoride
►▼ Show Figures 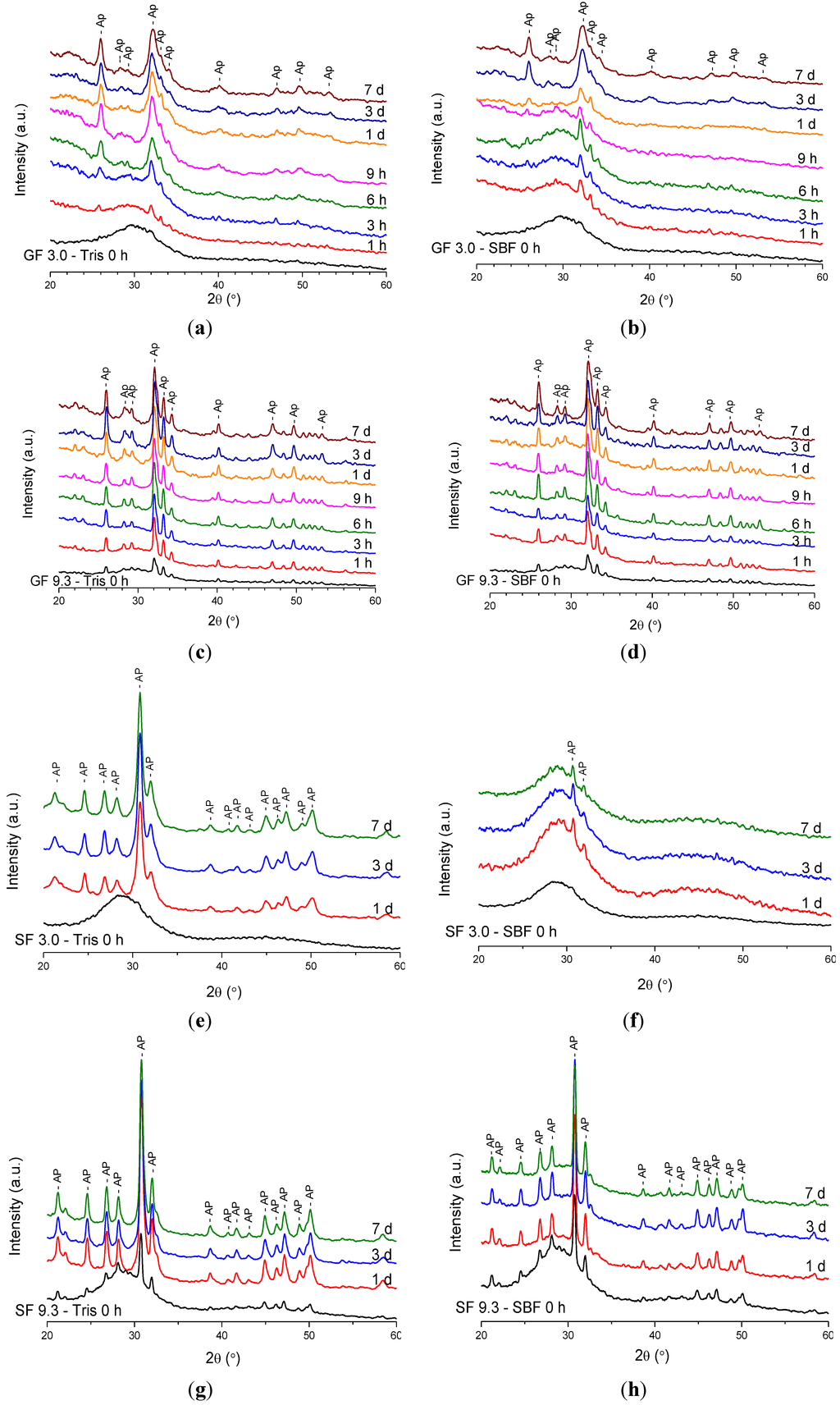