e effects of biological pretreatment on the rubberwood (Hevea brasiliensis), was evaluated after cultivation of white rot fungi Ceriporiopsis subvermispora, Trametes versicolor, and a mixed culture of C. subvermispora and T. versicolor. The analysis of chemical compositions indicated that C. subvermispora had greater selectivity for lignin degradation with the highest lignin and hemicellulose loss at 45.06% and 42.08%, respectively, and lowest cellulose loss (9.50%) after 90 days among the tested samples. X-ray analysis showed that pretreated samples had a higher crystallinity than untreated samples. The sample pretreated by C. subvermispora presented the highest crystallinity of all the samples which might be caused by the selective degradation of amorphous components. Fourier transform infrared (FT-IR) spectroscopy demonstrated that the content of lignin and hemicellulose decreased during the biological pretreatment process. A study on hydrolysis of rubberwood treated with C. subvermispora, T. versicolor, and mixed culture for 90 days resulted in an increased sugar yield of about 27.67%, 16.23%, and 14.20%, respectively, as compared with untreated rubberwood (2.88%). The results obtained demonstrate that rubberwood is a potential raw material for industrial applications and white rot fungus C. subevermispora provides an effective method for improving the enzymatic hydrolysis of rubberwood. View Full-Text
Keywords: rubberwood; white rot fungi; biological pretreatment; enzymatic hydrolysis; XRD; FT-IR rubberwood; white rot fungi; biological pretreatment; enzymatic hydrolysis; XRD; FT-IR
►▼ Show Figures 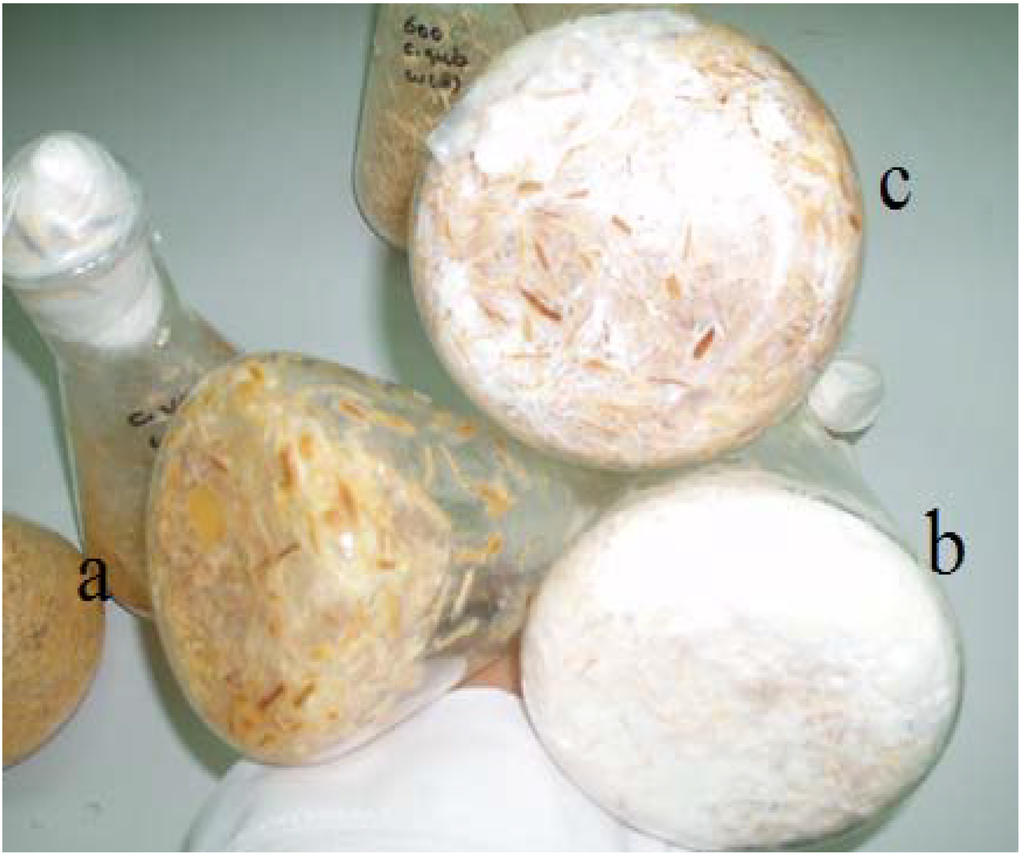