In the present work, thermochemical water splitting with siliconized silicon carbide (SiSiC) honeycombs coated with a zinc ferrite redox material was investigated. The small scale coated monoliths were tested in a laboratory test-rig and characterized by X-ray diffractometry (XRD) and Scanning Electron Microscopy (SEM) with corresponding micro analysis after testing in order to characterize the changes in morphology and composition. Comparison of several treated monoliths revealed the formation of various reaction products such as SiO2, zircon (ZrSiO4), iron silicide (FeSi) and hercynite (FeAl2O4) indicating the occurrence of various side reactions between the different phases of the coating as well as between the coating and the SiSiC substrate. The investigations showed that the ferrite is mainly reduced through reaction with silicon (Si), which is present in the SiSiC matrix, and silicon carbide (SiC). These results led to the formulation of a new redox mechanism for this system in which Zn-ferrite is reduced through Si forming silicon dioxide (SiO2) and through SiC forming SiO2 and carbon monoxide. A decline of hydrogen production within the first 20 cycles is suggested to be due to the growth of a silicon dioxide and zircon layer which acts as a diffusion barrier for the reacting specie. View Full-Text
Keywords: thermochemical cycle; water splitting; mixed iron oxides; ferrite; hydrogen; silicon carbide thermochemical cycle; water splitting; mixed iron oxides; ferrite; hydrogen; silicon carbide
►▼ Show Figures 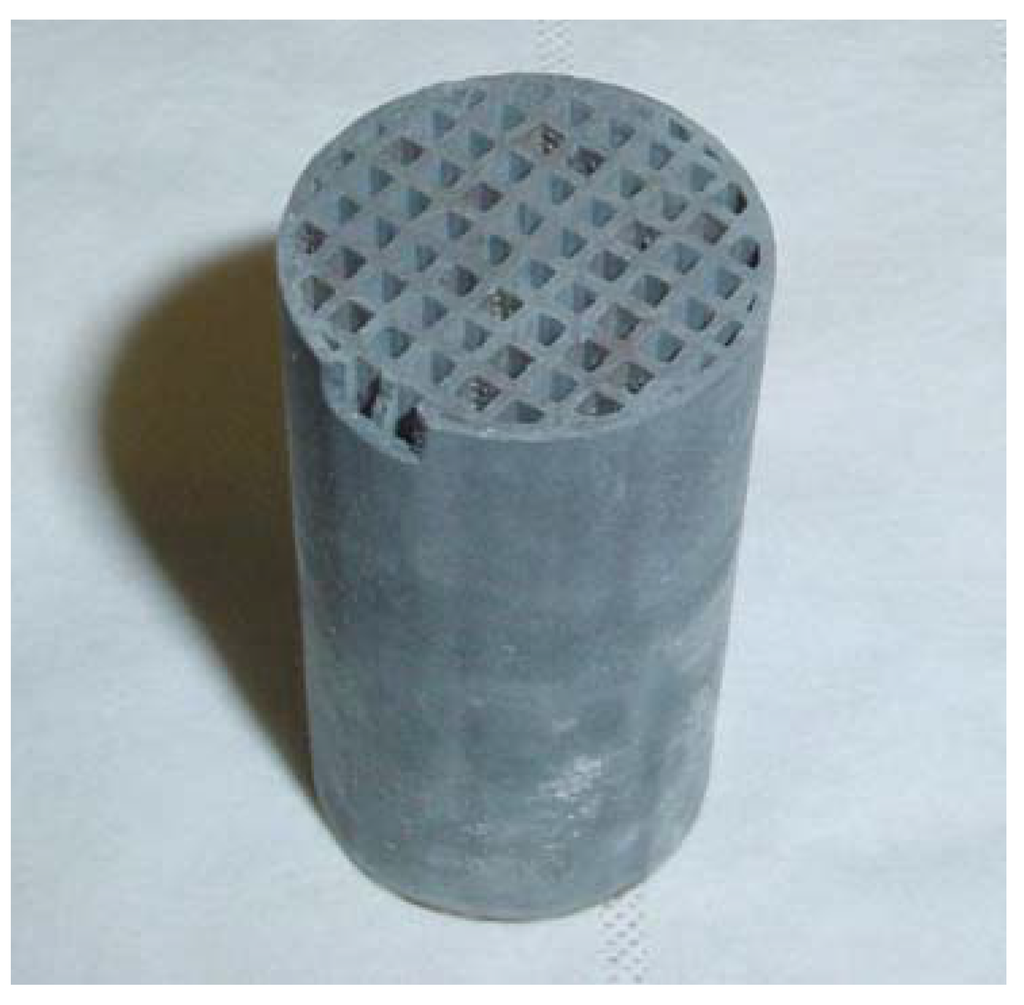