Ba-Doped Iron Oxide as a New Material for NO2 Detection

Various compositions of barium-doped hematite between pure hematite (α-Fe2O3) and pure barium hexaferrite (BaFe12O19) were synthesized by solid state reaction. The XRD analyses confirmed the progressive evolution of the two crystalline phases. Tests as humidity sensors show that the electrical resistance of samples containing high proportions of hexaferrite phase is strongly influenced. Electrochemical impedance spectroscopy (EIS) analyses under air or argon revealed an intrinsic semiconducting behavior for hematite and samples doped with 3 and 4 wt % equivalent BaO. The samples containing higher proportions of barium exhibited an extrinsic semiconducting behavior characterized by a variation of the conductivity with the oxygen partial pressure. This study allowed us to define the percolation threshold of the barium hexaferrite crystalline phase in the hematite matrix. The value was estimated to hematite doped with 5 wt % BaO, i.e., 36 wt % of barium hexaferrite phase. EIS analyses under various NO2 partial pressures confirmed the sensitivity of these materials. The linearity of the response was particularly evident for the 5, 10 and 14 wt % samples. View Full-Text
Keywords: hematite; barium hexaferrite; NO2 detection; impedance measurements hematite; barium hexaferrite; NO2 detection; impedance measurements
►▼ Show Figures 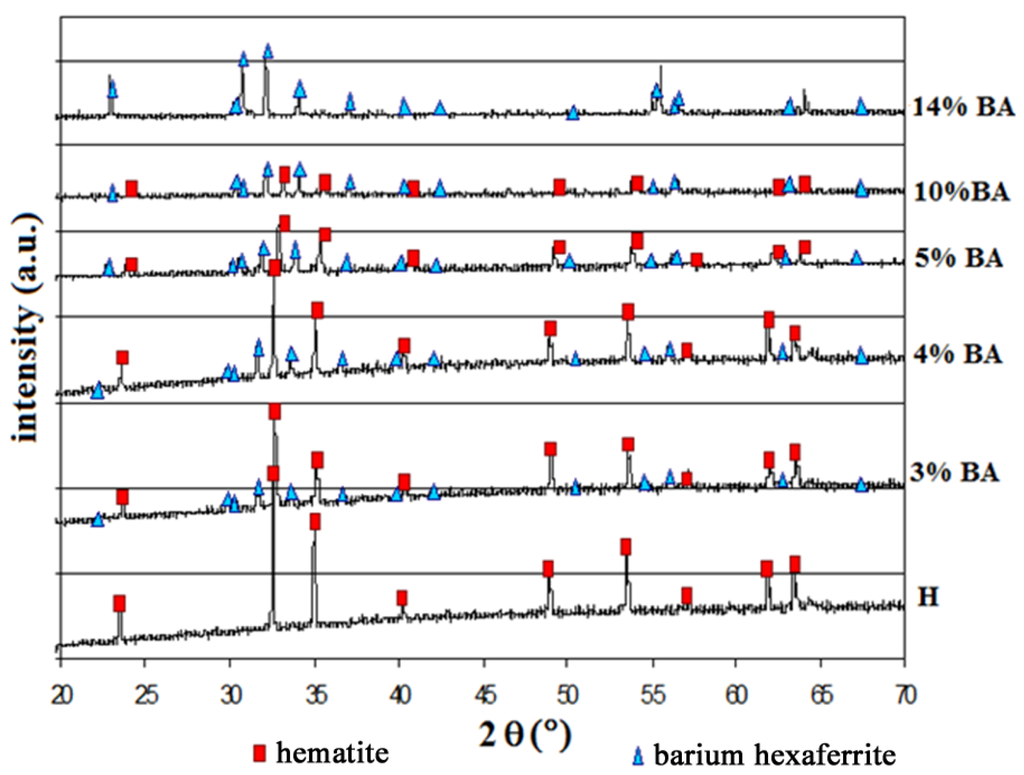