Long-Term Recordings of Multiple, Single-Neurons for Clinical Applications: The Emerging Role of the Bioactive Microelectrode
Previous Article in Journal

It has been generally accepted that tissue engineered constructs should closely resemble the in-vivo mechanical and structural properties of the tissues they are intended to replace. However, most scaffolds produced so far were isotropic porous scaffolds with non-characterized mechanical properties, different from those of the native healthy tissue. Tissues that are formed into these scaffolds are initially formed in the isotropic porous structure and since most tissues have significant anisotropic extracellular matrix components and concomitant mechanical properties, the formed tissues have no structural and functional relationships with the native tissues. The complete regeneration of tissues requires a second differentiation step after resorption of the isotropic scaffold. It is doubtful if the required plasticity for this remains present in already final differentiated tissue. It would be much more efficacious if the newly formed tissues in the scaffold could differentiate directly into the anisotropic organization of the native tissues. Therefore, anisotropic scaffolds that enable such a direct differentiation might be extremely helpful to realize this goal. Up to now, anisotropic scaffolds have been fabricated using modified conventional techniques, solid free-form fabrication techniques, and a few alternative methods. In this review we present the current status and discuss the procedures that are currently being used for anisotropic scaffold fabrication. View Full-Text
Keywords: tissue engineering; scaffolds; anisotropy; solid free-form fabrication; musculoskeletal tissue engineering; scaffolds; anisotropy; solid free-form fabrication; musculoskeletal
►▼ Show Figures 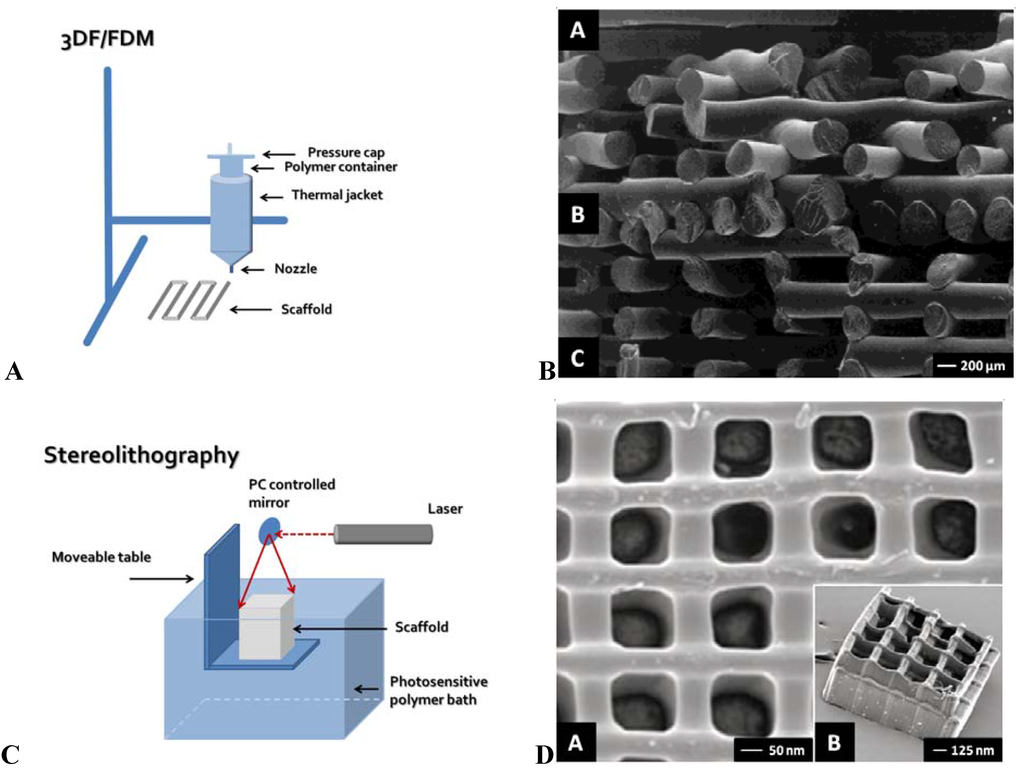