:
The primary objective of this research was to develop a finite element model specifically designed for electron beam additive manufacturing (EBAM) of Ti-6Al-4V to understand metallurgical and mechanical aspects of the process. Multiple single-layer and 10-layer build Ti-6Al-4V samples were fabricated to validate the simulation results and ensure the reliability of the developed model. Thin wall plates of 3 mm thickness were used as substrates. Thermocouple measurements were recorded to validate the simulated thermal cycles. Predicted and measured temperatures, residual stresses, and distortion profiles showed that the model is quite reliable. The thermal predictions of the model, when validated experimentally, gave a low average error of 3.7%. The model proved to be extremely successful for predicting the cooling rates, grain morphology, and the microstructure. The maximum deviations observed in the mechanical predictions of the model were as low as 100 MPa in residual stresses and 0.05 mm in distortion. Tensile residual stresses were observed in the deposit and the heat-affected zone, while compressive stresses were observed in the core of the substrate. The highest tensile residual stress observed in the deposit was approximately 1.0 σys (yield strength). The highest distortion on the substrate was approximately 0.2 mm.
Keywords:
thermo-mechanical modelling; finite element analysis; residual stresses; microstructure; Ti-6Al-4V 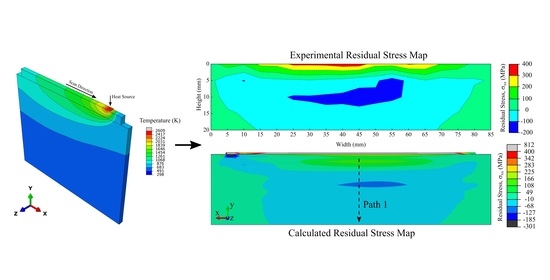 In this study, a 3D transient fully coupled thermo-mechanical model for EBAM was developed using the commercial FEA software ABAQUS™ in order to investigate and plan Ti-6Al-4V deposition methodology and process. The developed model was calibrated for computational efficiency through a series of mesh sensitivity studies. The developed model was also validated using multiple EBAM and characterization experiments. Thermal validation through melt-pool size analysis, thermal history analysis, and microstructure analysis showed that the developed model is extremely reliable to predict local temperatures and cooling rates, melt-pool and dilution depths, and the resulting macro and microstructure over the deposit and the substrate. The microstructure of the EBAM deposit was observed as an α/β basket-weave structure. Initial β grains within the FZ and first layers were observed to have equiaxed morphology. On the other hand, β grains in the lateral layers of the deposit were observed to have mostly columnar morphology parallel to the build direction with few exceptions. Predicted G and R values were validated using solidification maps [45] and microstructure. No banding in the structure was observed due to the low build height and thin wall geometry of the samples. Mechanical validation was undertaken via comprehensive residual stress and distortion measurements. Predicted and measured residual stresses were in good agreement, further highlighting the reliability of the developed model. Residual stresses were more pronounced along the scan direction. Tensile residual stresses were dominant over the deposit and HAZ, while compressive residual stresses were observed at the core of the substrate. Higher residual stresses along the substrate were observed for the single layer sample compared to the 10-layer sample. Increasing the build height and thus the longer exposure to elevated temperatures are thought to be the origin of this stress relaxation on the substrate. ATOS Core 3D optical measurements revealed that the model predictions were very accurate on calculating the distortion profile and magnitude on the substrate. The highest distortion observed on the substrate was approximately 250 μm, revealing success on maintaining initial geometry.

The authors confirm that the data supporting the findings of this study are available within the article.

The authors are thankful to Xavier Pelletier and Maxime Guérin at the National Research Council of Canada for technical support on EBAM experimentation, metallography, and ATOS Core 3D measurements. 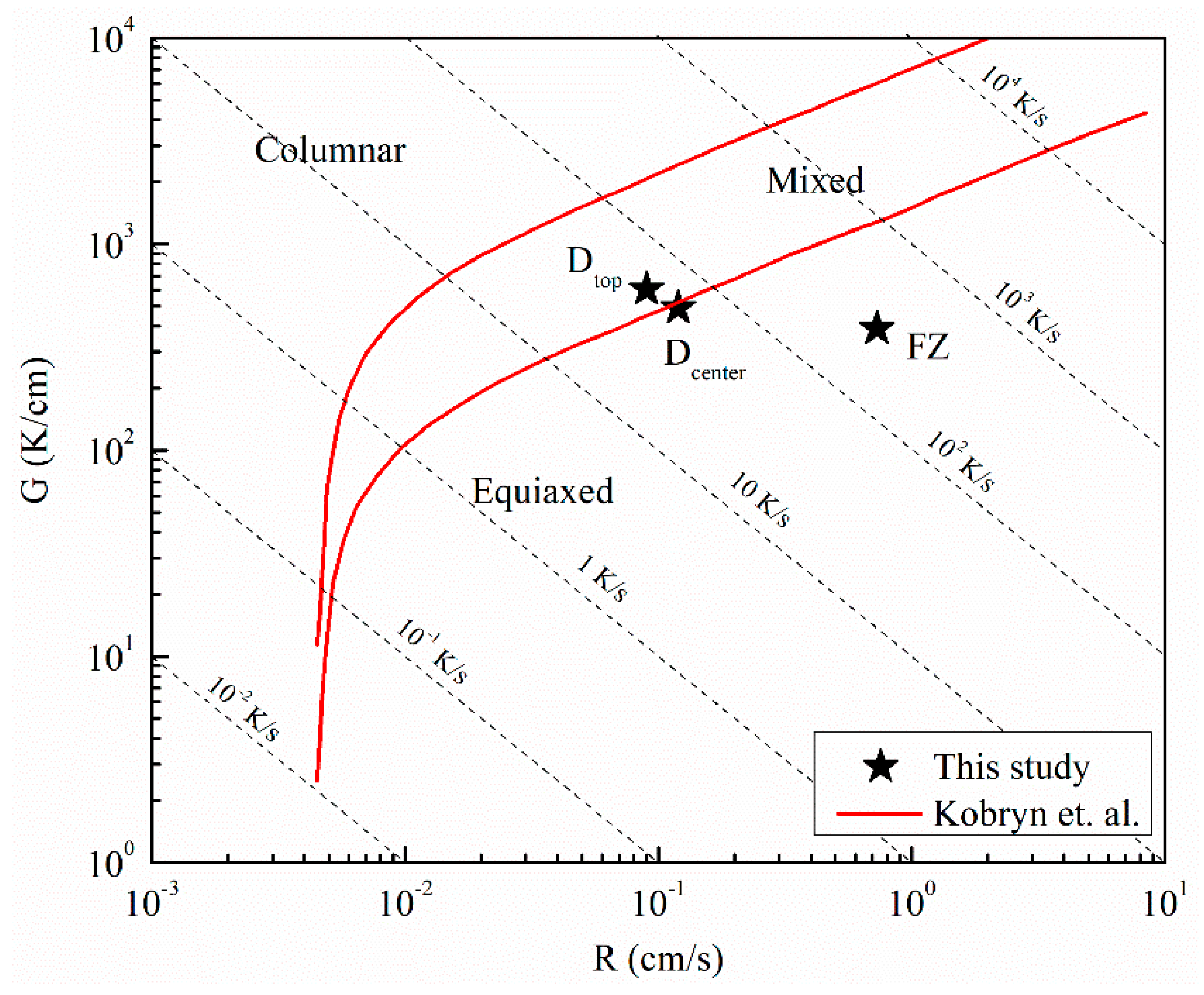 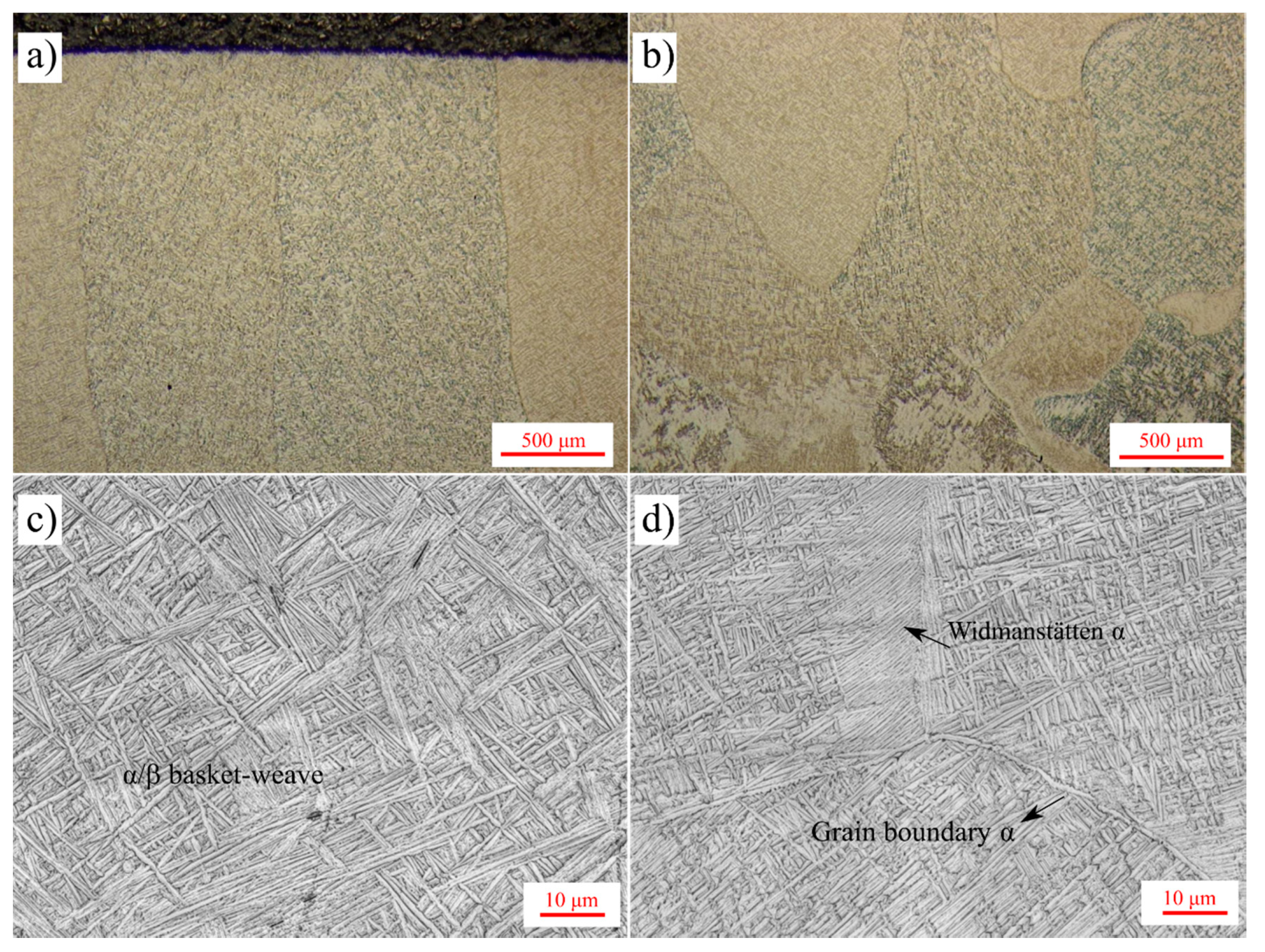