Effects of Mn, Zn Additions and Cooling Rate on Mechanical and Corrosion Properties of Al-4.6Mg Casting Alloys
Next Article in Special Issue

Sustainability requirements are gaining importance in the construction industry, which needs to take specific measures in the design and construction of concrete structures. The use of recycled aggregates in concrete may be of special interest. Recycling a construction waste will close the life cycle of the original materials (e.g., concrete). Thus, environmental benefits would come from the lower waste generation, and from a lower necessity of raw materials for new structures. The current Spanish code for structural concrete considers the use of recycled aggregates in replacement rates up to 20% by aggregate mass, assimilating their properties with those of concretes without aggregate replacement. Higher substitution percentages would require further testing. In this work, substitution of coarse aggregate for recycled aggregates (with replacement percentages of 25%, 50% and 100%) has been studied, and the concrete’s residual properties after exposure to high temperatures (between 350 °C and 850 °C) have been assessed. Compressive strength and capillary water absorption tests were made after heating, and the experiments showed higher residual strength in concretes with the greatest content of recycled aggregates. However, a statistical analysis made with additional data available in the literature seemed to predict otherwise, and the recycled aggregate replacement would have a negative effect on the residual strength.
Keywords: recycled concrete; sustainability; fire engineering; high temperature; mechanical properties recycled concrete; sustainability; fire engineering; high temperature; mechanical properties

The growing concern for increased sustainability in the construction industry and public works makes concrete with recycled aggregates a product of considerable attractiveness. As a consequence, it is necessity to empirical support its performance in different situations, such as during fires. As reported in this study, a review of the state-of-the-art concerning previous experimental campaigns was carried out and a particular empirical study was carried out. The main conclusions are as follows:

This research was funded by Generalitat Valenciana, grant number GV/2018/015. 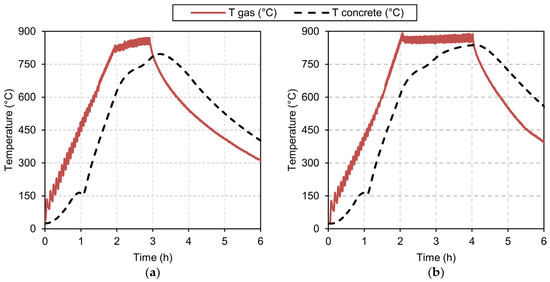 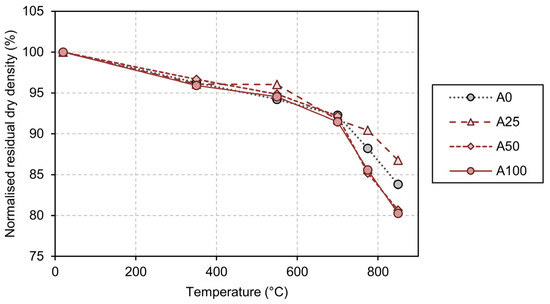 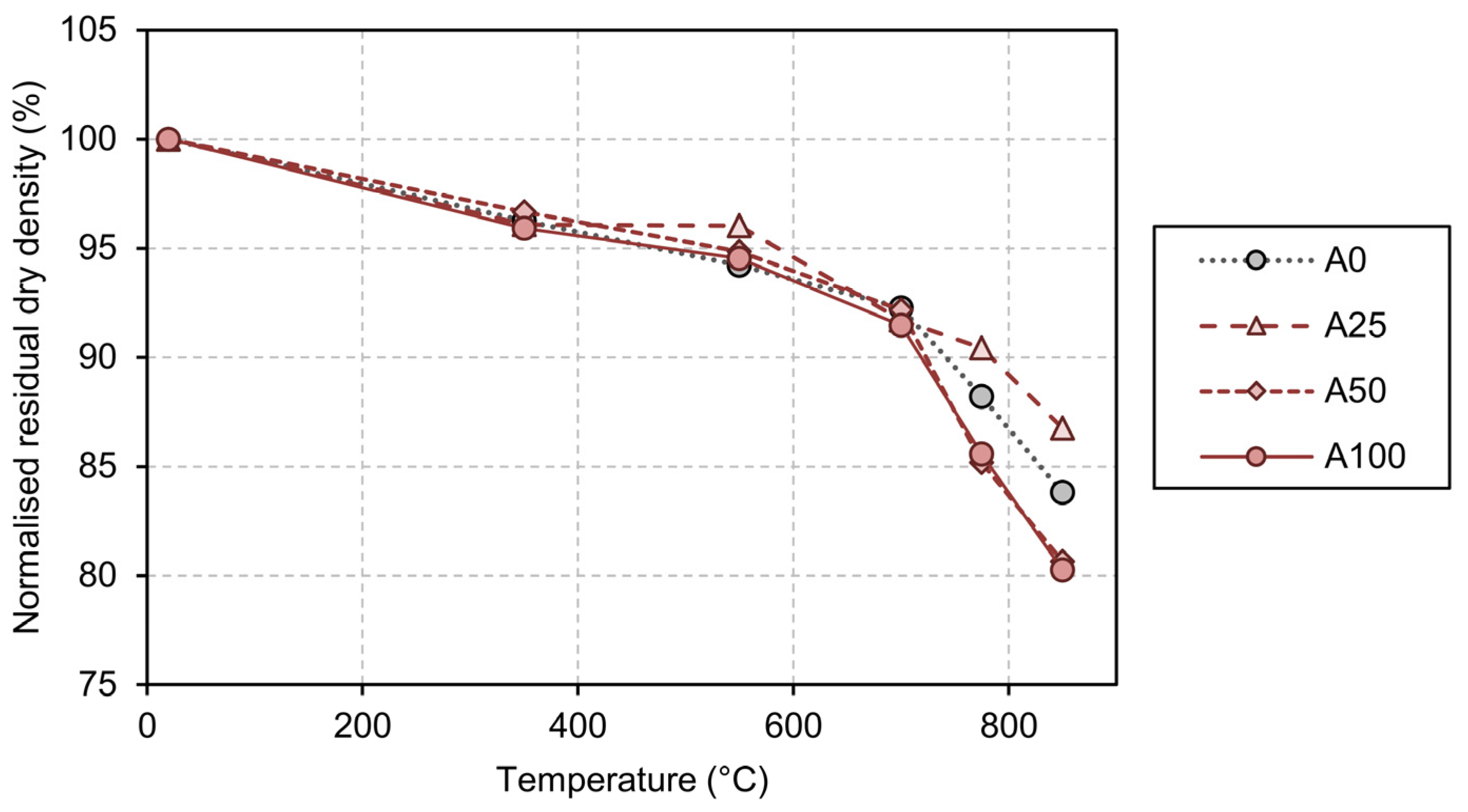 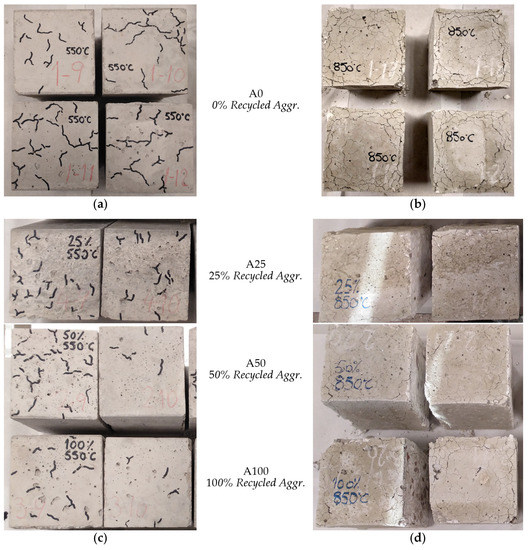 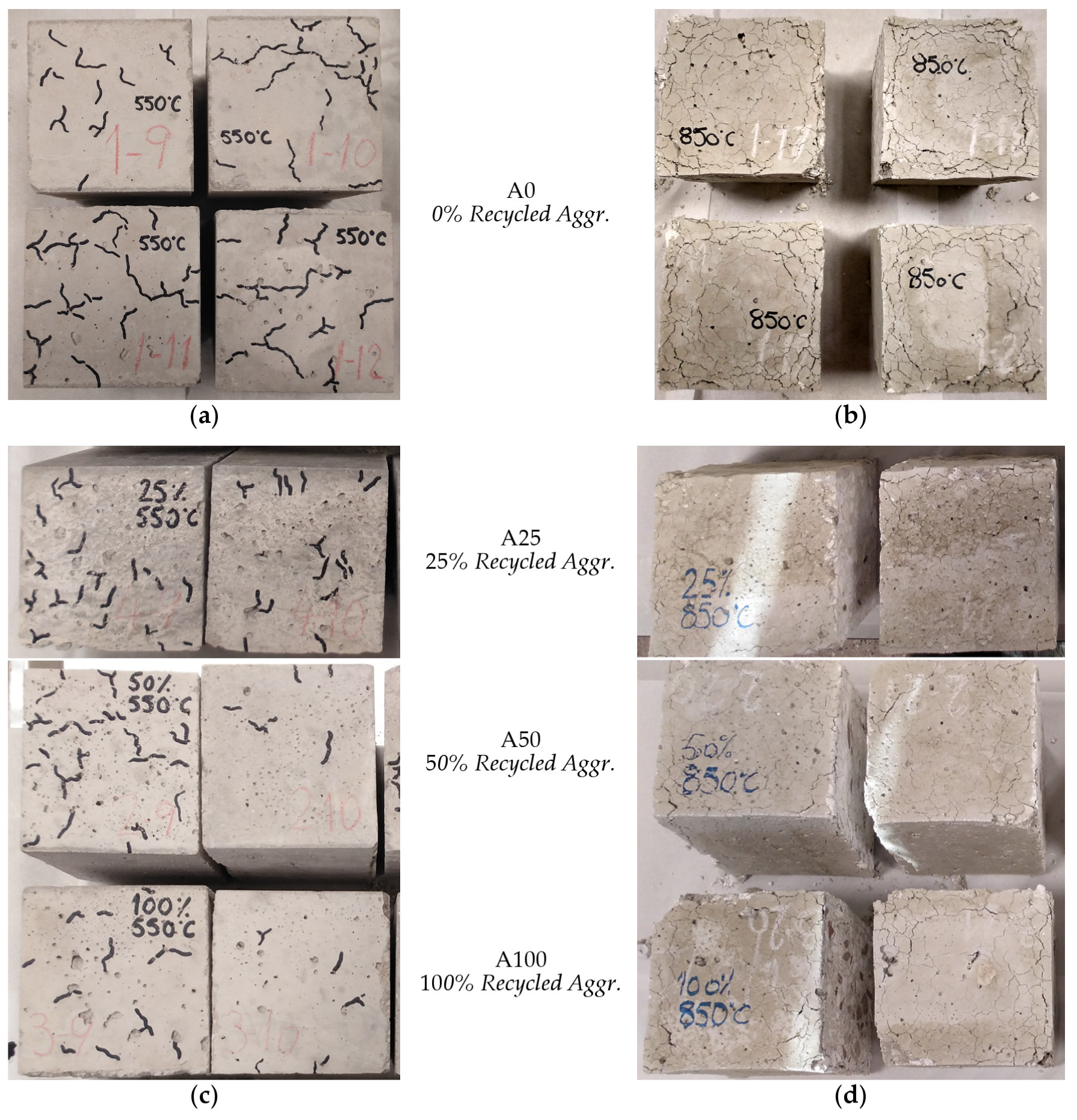 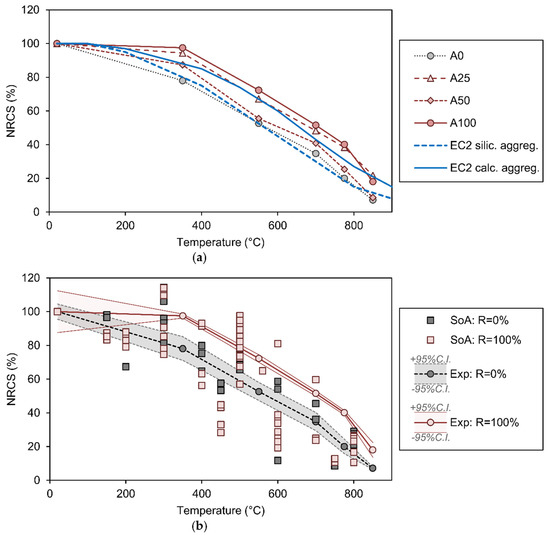 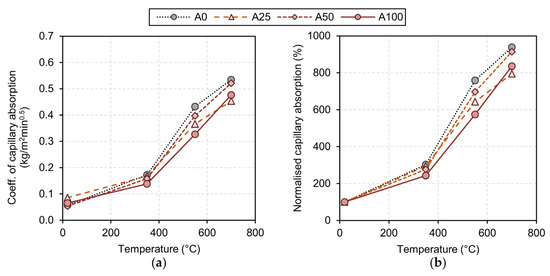