Experimental Laboratory Testing on Behavior of Dowels in Concrete Pavements

Influences and mechanisms of chemically synthesized nano-C-S-H gel addition on fresh properties of the cement-based materials with sucrose as a retarder were investigated in this study. The results showed that the flow value of the fresh cement paste was gradually but slightly reduced with increasing nano-C-S-H gel addition due to its fibrous but well-dispersed characteristic in both water and cement paste. The semi-adiabatic calorimetry testing results verified that incorporation of nano-C-S-H gel could greatly mitigate the retarding effect of sucrose on cement hydration. The total organic carbon (TOC) indicated that the addition of the nano-C-S-H gel helps to reduce adsorption of the sucrose molecules into the protective layer, thus the semi-permeability of the protective layer was less reduced and that is why the addition of the nano-C-S-H gel can mitigate the retardation caused by the sucrose. Through XRD analysis, it was found that the CH crystals are more prone to grow along the (0001) plane with larger size in the paste with nano-C-S-H addition before the induction period starts, because the C-S-H nanoparticles can form 3D network to slow down the diffusion rate of the released ions and eliminate the convection in the paste, thus suppress the 3D nucleation and growth of the CH crystals. The XRD analysis also indicated a refinement of the ettringite crystals in the paste with sucrose addition, but introduction of nano-C-S-H gel did not show further refinement, which was also verified by the SEM observation. View Full-Text
Keywords: nano-C-S-H gel; sucrose; cement hydration; hydroxide; Ettringite nano-C-S-H gel; sucrose; cement hydration; hydroxide; Ettringite
►▼ Show Figures 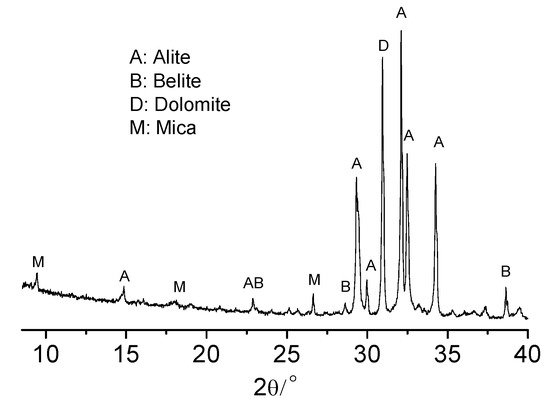