Thermocouples made of etched and non-etched nickel-coated carbon yarn (NiCCY) were investigated. Theoretic Seebeck coefficients were compared to experimental results from measurements of generated electric voltage by these thermocouples. The etching process for making thermocouples was performed by immersion of NiCCY in the solution containing a mixture of hydrochloric acid (HCl) (37% of concentration), and hydrogen peroxide (H2O2) in three different concentrations—3%, 6%, and 10%. Thirty minutes of etching to remove Ni from NiCCY was followed by washing and drying. Next, the ability to generate electrical voltage by the thermocouples (being a junction of the etched and the non-etched NiCCY) was measured in different ranges of temperatures, both a cold junction (291.15–293.15 K) and a hot junction (293.15–325.15 K). A formula predicting the Seebeck coefficient of this thermocouple was elaborated, taking into consideration resistance values of the tested samples. It was proven that there is a good agreement between the theoretical and experimental data, especially for the yarns etched with 6% and 10% peroxide (both were mixed with HCl). The electrical resistance of non-fully etched nickel remaining on the carbon fiber surface ( ) can have a significant effect on the thermocouples’ characteristics.
Keywords: thermocouple; Seebeck coefficient; conductive yarn; nickel-coated carbon fiber thermocouple; Seebeck coefficient; conductive yarn; nickel-coated carbon fiber

The process of removing Ni in this experiment is called an etching process. Combination of HCl and H2O2 solution was utilized to remove Ni from NiCCY and is then called etching solution. The H2O2 concentration varied from 3%, to 6% up, and to 10%, while HCl was kept constant at 37%. The ratio between H2O2 and HCl was 1:1. The samples were immersed in the etching solutions for 30 min. Next, the sample was washed with water to remove the remaining chemicals from the yarn. The excess of water remaining on the sample was absorbed by blotting paper several times and all the samples were air dried at room temperature for a minimum of 24 h prior to testing [13].

The electric voltage of the thermocouple samples was measured using a nanovoltmeter Amplificateur NV 724 from Setaram, Lyon, France. A Fluke 52 digital thermometer (Fluke, Everett, Washington, DC, USA) was used to measure the temperature during voltage measurement. The higher temperature range for the hot junction was controlled by an electric hot plate, while the lower temperature range for the cold junction was dependent on the external conditions of the laboratory, which were controlled and stable. Figure 3 shows the voltage measurement set up of etched and non-etched NiCCY.
The efficiency of the thermocouple was measured through different ranges of temperatures for a cold junction (291.15–293.15 K) and for a hot junction (293.15–325.15 K). These temperature ranges were the only ones enabling the performance of stable and repeatable measurements.

The following theoretical calculations are formulated according to the schematic diagram of NiCCY that has been shown in Figure 1 earlier. Generally, the temperature varies along the thermocouple wire: T(x). We know that T(−a) = T(b) = TC and T(0) = TH. Similarly, the electric potential depends on x. The generated voltage can be calculated as: Inside each conductor, the current density (expressed in is given from literature [16]: where σ is the electric conductivity and ε the Seebeck coefficient. From the literature, the numerical values are εNi = −14.8 µV/K and εC = +3.0 µV/K [17]. Hence, the value 14.8 + 3 = 17.8 µV/K is the highest value one can obtain with a carbon-nickel thermocouple. The electric current I1 flowing through the left part is then:
Similarly, for the right part, we have to replace by to get :
The thermocouple voltage is measured with a meter having a high input impedance. Hence, almost no current can flow or:
Integrating (3) with respect to gives then: where A is an integration constant. Applying (6) in the point and gives, after subtraction: or:
A similar calculation for the right part gives us:
Elimination of the junction potential from (8) and (9) gives us finally:
Rewriting (10) gives:
As expected, we obtain an output voltage proportional to the temperature difference . Obviously, the result of Equation (11) is also proportional to the difference of the two Seebeck coefficients,.
If , or Ni has been completely removed from the left part, and , the relation (11) can be simplified to: which is the formula we are most familiar with. Note that the term (12) is also the highest value one can obtain with a C-Ni thermocouple.

After the chemical treatment of the samples of NiCCY, one observed the effect of the etching process excreted on the treated samples through scanning electron microscope (SEM) image. An untreated sample of NiCCY in Figure 4a was compared to the treated samples in Figure 4b–d where the treatment was 37% HCl and 3%, 6% and 10% of H2O2, respectively.
Based on the application of different chemical concentration treatments of H2O2 to the NiCCY and the microstructure (topography) of untreated and treated NiCCY observed via SEM as shown in Figure 4a–d, one may draw a conclusion concerning the potential impact of the treatment. Namely, the higher the concentration of H2O2, the more intense the etching process was, with less Ni remaining on the surface of C. An obvious difference may be noticed between untreated NiCCY (Figure 4a) and the treated one (Figure 4b), where the H2O2 concentration was only 3%. In the case of this treatment, the surface of Ni was visibly incised, generating a porous-like layer on the surface of CF. Additionally, some zones of notches on the surface of NiCCY are also visible. This image confirms that in the initial phase, the etching is not homogeneous along the entire yarns, which will also influence the electrical resistance and thermocouple characteristics.
In Figure 4c, one may observe a further etch on the Ni layer due to an increased concentration of H2O2 from 3% up to 6%. Although the concentration of H2O2 is higher in the case of the treatment presented in Figure 4c, there are still some larger islands of Ni clearly visible. Nevertheless, a large zone of clean and grooved CF is also visible. In the case of the highest utilized concentration of H2O2 in this experiment, only some small dust, sparsely distributed, are present on the surface of CF (Figure 4d). Therefore, this confirms that the sample treated in 10% H2O2 + 37% HCl can be considered as a fully etched yarn.

3.2. Comparison between Experiment and Theory

In order to check the theoretical analysis, it is more convenient to use resistance values of the yarns to be inserted in (11). The reason is obvious; resistance can be easily measured whereas a cross section like , or are hard to obtain.
The following resistances (expressed in ) are defined:
Equation (11) is then rewritten as:
In order to verify the theoretical formula (16), one has to measure the resistance of the yarns involved in our experiment. The results are presented in Table 2 [13].
From the SEM image, it can be considered that Ni was completely removed in the etching solution containing 10% H2O2 + 37% HCl (1:1). The electric resistance is then just the resistance of the carbon or:
The non-etched part has a resistance of which is the parallel connection of and , or:
Similarly, one can calculate the value of for 6% H2O2 and 37% HCl (1:1) etching: and for 3% H2O2 and 37% HCl (1:1) etching:
Inserting all the known values into the Equations (12) and (16), one can plot the theoretical graphs as shown in Figure 5 (with lines). The graph for the sample treated with 10% H2O2 + 37% HCl was calculated with Equation (12) because S1 was considered equal to 0. The graphs for the 3% H2O2 + 37% HCl and 6% H2O2 + 37% HCl were calculated with Equation (16). In Figure 5, the graph of the experimental data (with markers) was also presented as a comparison to the theoretical one.
Values inside the boxes are linear trend line equations for the corresponding data of the 3–10% H2O2 with which each was mixed with 37% HCl in 1:1 ratio. The orange and blue boxes are attributed to the experimental and theoretical trend lines, respectively. The Seebeck coefficient values were taken from the slope of voltage vs. temperature difference.
It is clear from Figure 5 that the agreement between the theoretical and experimental data is quite good for the yarns etched with 6% and 10% H2O2. The case with 3% H2O2 shows a poor agreement. It must be pointed out, however, that 3% H2O2 was also a very poor etching. This is proved by the resistance values presented in Table 2. The linear electrical resistance only changed from 2.2667 to 2.8667 Ω/m or 26%.
The Equation (16) can be rearranged as:
If we insert the values from Equations (17)–(20) into the theoretical formula (21), we can make a plot of the generated voltage versus as shown in Figure 6. One observes that the value of can have a dramatic influence on the overall performance of this thermocouple.

In this work, a combination of etched and non-etched nickel-coated carbon yarn (NiCCY) was used as the conductive materials for creating textile-based thermocouple. After performing the stripping process in three different concentration of stripping solutions, it is obvious that the higher the concentration of H2O2, the more intense the etching process was, with less Ni remaining on the surface of CF. From the theoretical calculation and experimental data, it is proved that there is a good agreement between the theoretical and experimental data, especially for the yarns etched with 6% and 10% H2O2 (both are mixed with 37% HCl). The yarn etched with 3% H2O2 shows a poor agreement due to the very poor etching action of the chemicals at 3% H2O2 and 37% HCl. The 10% H2O2 + 37% HCl was efficient enough to etch the Ni from NiCCY. We can conclude that the more efficient the etching process, the better the Seebeck coefficient created from the etched and non-etched NiCCY is. The R-squares of the experimental graphs are all more than 0.99, showing that the data are very close to the fitted regression line. The value of has a great influence on the whole characteristics of this thermocouple. Overall, we are successful in developing a theoretical formula to calculate the Seebeck coefficient of thermocouples made of etched and non-etched NiCCY based on the resistance value of the samples due to the simplicity of electrical resistance measurement.

This research was funded by the Government of Indonesia through the Indonesian Endowment Fund for Education (LPDP).

Hardianto on leave from Politeknik STTT Bandung wants to thank LPDP for the financial support for his stay at Ghent University as a PhD student. 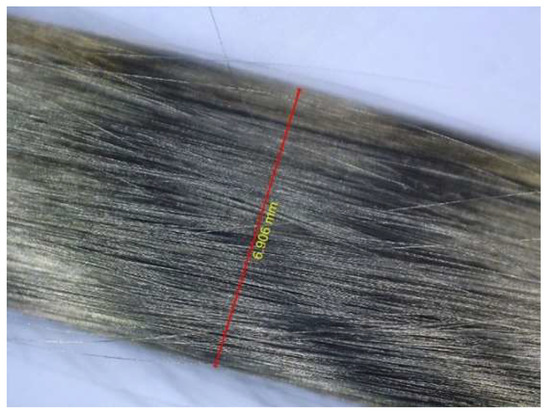