Monofilament nylon strings with a range of diameters, commercially marketed as harp strings, have been tested to establish their long-term mechanical properties. Once a string had settled into a desired stress state, the Young’s modulus was measured by a variety of methods that probe different time-scales. The modulus was found to be a strong function of testing frequency and also a strong function of stress. Strings were also subjected to cyclical variations of temperature, allowing various thermal properties to be measured: the coefficient of linear thermal expansion and the thermal sensitivities of tuning, Young’s modulus and density. The results revealed that the particular strings tested are divided into two groups with very different properties: stress-strain behaviour differing by a factor of two and some parametric sensitivities even having the opposite sign. Within each group, correlation studies allowed simple functional fits to be found to the key properties, which have the potential to be used in automated tuning systems for harp strings. View Full-Text
Keywords: polymer; nylon; viscoelasticity; string; tuning; harp polymer; nylon; viscoelasticity; string; tuning; harp
►▼ Show Figures 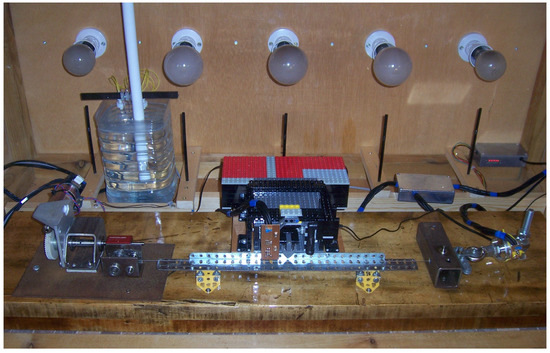