Aiming to relieve the large amount of wind power curtailment during the heating period in the North China region, a thermal-electric decoupling (TED) approach is proposed to both bring down the constraint of forced power output of combined heat and power plants and increase the electric load level during valley load times that assist the power grid in consuming more wind power. The operating principles of the thermal-electric decoupling approach is described, the mathematical model of its profits is developed, the constraint conditions of its operation are listed, also, an improved parallel conjugate gradient is utilized to bypass the saddle problem and accelerate the optimal speed. Numerical simulations are implemented and reveal an optimal allocation of TED which with a rated power of 280 MW and 185 MWh heat storage capacity are possible. This allocation of TED could bring approximately 16.9 billion Yuan of economic profit and consume more than 80% of the surplus wind energy which would be curtailed without the participation of TED. The results in this article verify the effectiveness of this method that could provide a referential guidance for thermal-electric decoupling system allocation in practice. View Full-Text
Keywords: wind power curtailment; combine heat and power; thermal-electric decoupling; improved parallel conjugate gradient wind power curtailment; combine heat and power; thermal-electric decoupling; improved parallel conjugate gradient
►▼ Show Figures 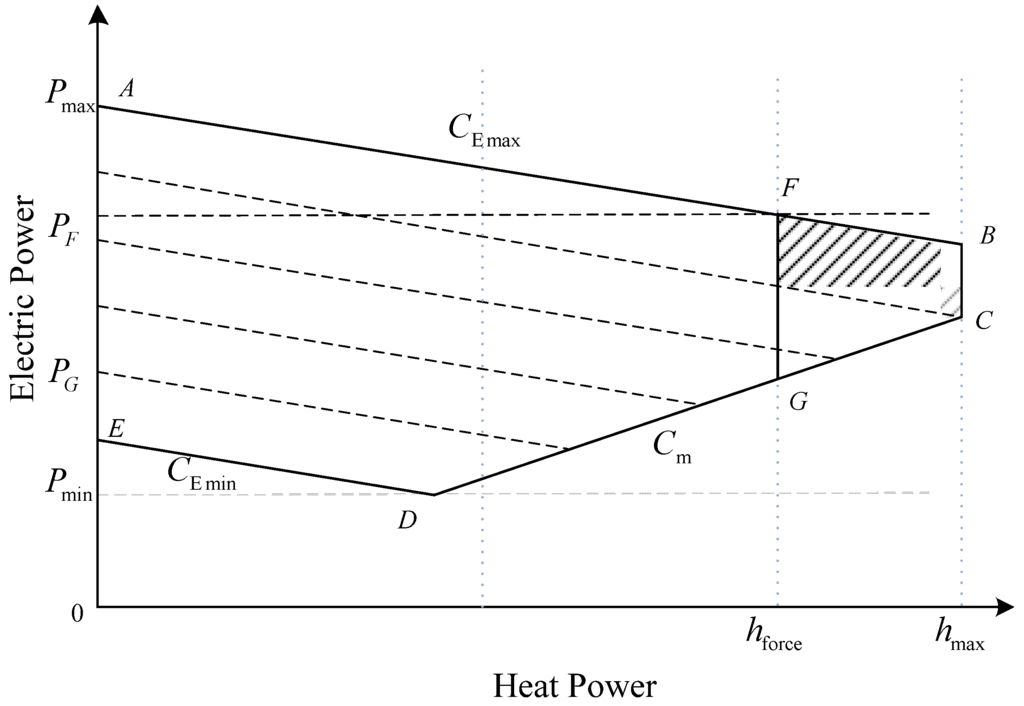