The Global Inventory of Methane Hydrate in Marine Sediments: A Theoretical Approach

Within the German integrated project SUGAR, aiming for the development of new technologies for the exploration and exploitation of submarine gas hydrates, the option of gas transport by gas hydrate pellets has been comprehensively re-investigated. A series of pVT dissociation experiments, combined with analytical tools such as x-ray diffraction and cryo-SEM, were used to gather an additional level of understanding on effects controlling ice formation. Based on these new findings and the accessible literature, knowns and unknowns of the self-preservation effect important for the technology are summarized. A conceptual process design for methane hydrate production and pelletisation has been developed. For the major steps identified, comprising (i) hydrate formation; (ii) dewatering; (iii) pelletisation; (iv) pellet cooling; and (v) pressure relief, available technologies have been evaluated, and modifications and amendments included where needed. A hydrate carrier has been designed, featuring amongst other technical solutions a pivoted cargo system with the potential to mitigate sintering, an actively cooled containment and cargo distribution system, and a dual fuel engine allowing the use of the boil-off gas. The design was constrained by the properties of gas hydrate pellets, the expected operation on continental slopes in areas with rough seas, a scenario-defined loading capacity of 20,000 m3 methane hydrate pellets, and safety as well as environmental considerations. A risk analysis for the transport at sea has been carried out in this early stage of development, and the safety level of the new concept was compared to the safety level of other ship types with similar scopes, i.e., LNG carriers and crude oil tankers. Based on the results of the technological part of this study, and with best knowledge available on the alternative technologies, i.e., pipeline, LNG and CNG transportation, an evaluation of the economic competitiveness of the methane hydrate transport technology has been performed. The analysis considers capital investment as well as operational costs and comprises a wide set of scenarios with production rates from 20 to 800 103 Nm3·h−1 and transport distances from 200 to 10,000 km. In contrast to previous studies, the model calculations in this study reveal no economic benefit of methane hydrate transportation versus competing technologies. View Full-Text
Keywords: methane hydrate; NGH; gas transport; self-preservation; LNG; CNG; pipeline; methane hydrate carrier; risk analysis methane hydrate; NGH; gas transport; self-preservation; LNG; CNG; pipeline; methane hydrate carrier; risk analysis
►▼ Show Figures 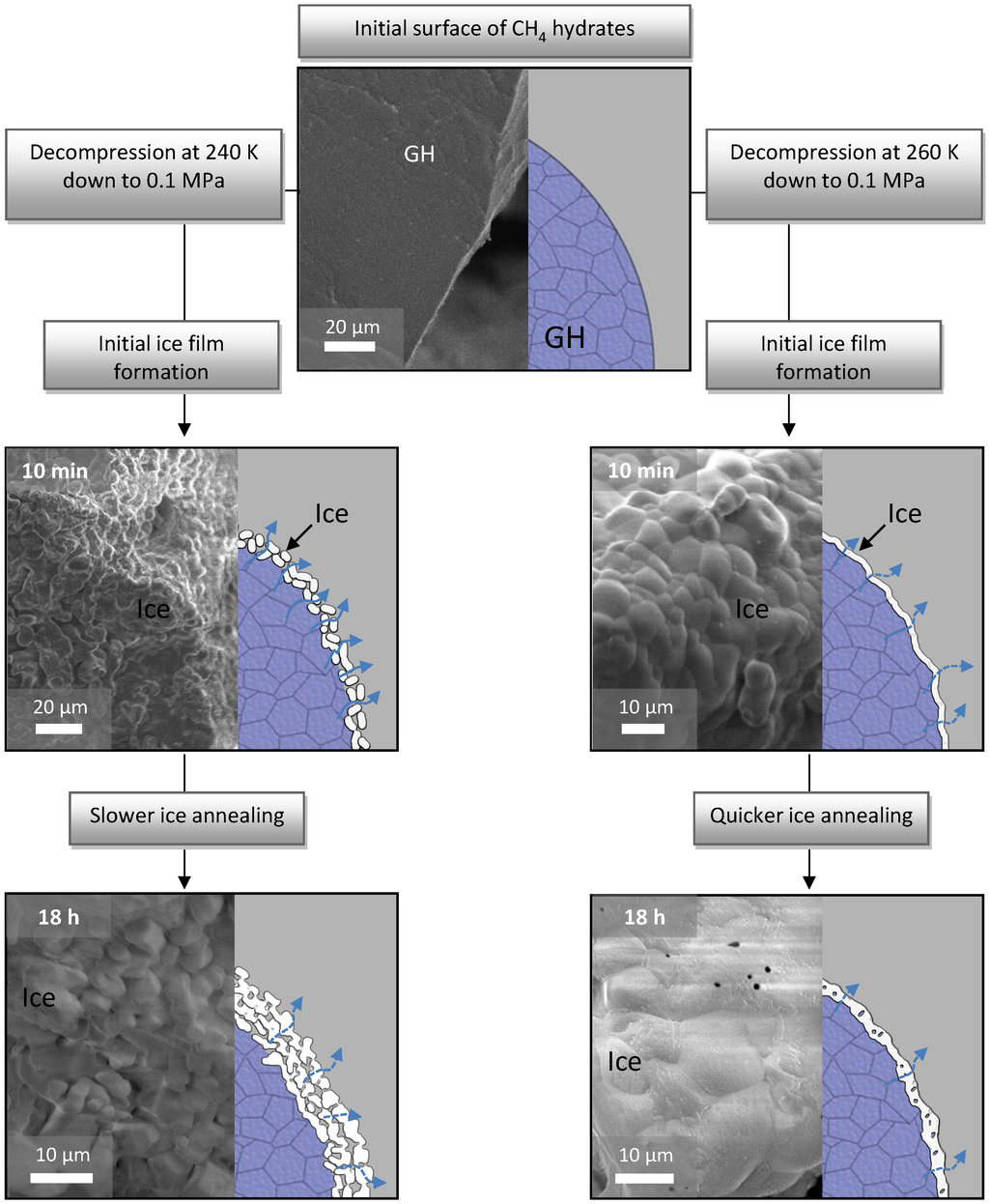