This study concerns the production of hydrogen from a mixture of ethanol and water. The process was conducted in plasma generated by a spark discharge. The substrates were introduced in the liquid phase into the reactor. The gaseous products formed in the spark reactor were hydrogen, carbon monoxide, carbon dioxide, methane, acetylene, and ethylene. Coke was also produced. The energy efficiency of hydrogen production was 27 mol(H2)/kWh, and it was 36% of the theoretical energy efficiency. The high value of the energy efficiency of hydrogen production was obtained with relatively high ethanol conversion (63%). In the spark discharge, it was possible to conduct the process under conditions in which the ethanol conversion reached 95%. However, this entailed higher energy consumption and reduced the energy efficiency of hydrogen production to 8.8 mol(H2)/kWh. Hydrogen production increased with increasing discharge power and feed stream. However, the hydrogen concentration was very high under all tested conditions and ranged from 57.5 to 61.5%. This means that the spark reactor is a device that can feed fuel cells, the power load of which can fluctuate. View Full-Text
Keywords: reforming; plasma; discharge reforming; plasma; discharge
►▼ Show Figures 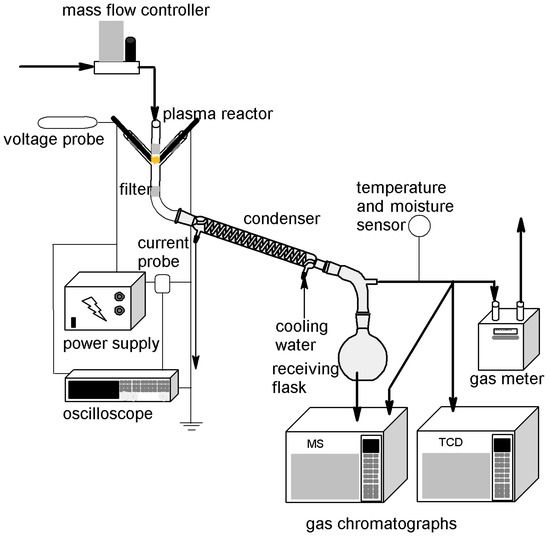