On Obtaining Energy-Optimal Trajectories for Landing of UAVs

The optimization issues connected to a landing task of an unmanned aerial vehicle are discussed in the paper, based on a model of a mini-class drone. Three landing scenarios are considered, including minimum-time landing, landing with minimum energy consumption, and planned landing. With the use of classical dynamic programming techniques, including the minimum principle of Pontryagin, as well as the calculus of variations, the optimal altitude reference trajectories are found, to form the altitude control system in such a way as to mimic the profile of the reference trajectory by the actual altitude of the UAV. The simulation results conducted with the use of the Simulink Support Package for Parrot Minidrones verify the correctness and effectiveness of the method, and open the research directions for further analysis, especially to tune altitude controller in a way, as to track the reference profile. Up to this point, optimization tasks considered in the literature, with respect to the drones, were connected to swarm formation optimization, optimization of the take-off process or landing process limited to optimal path planning. This paper thus considers a new topic in the field. View Full-Text
Keywords: energy; landing; optimization; unmanned aerial vehicle energy; landing; optimization; unmanned aerial vehicle
►▼ Show Figures 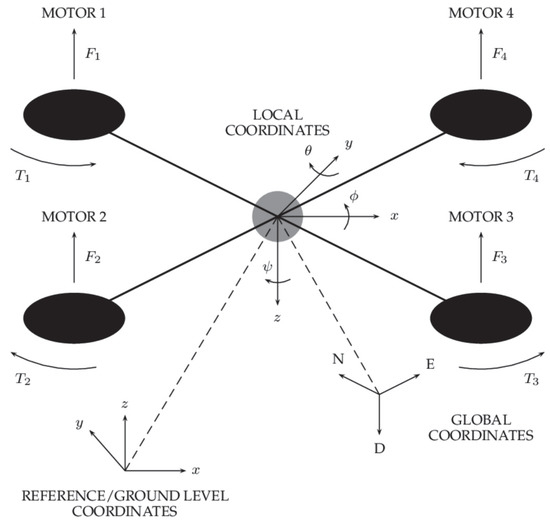