The current research focuses on modeling the lift response due to dynamic (time-varying) “burst-type” actuation on a stalled airfoil. Here, the “burst-type” actuation refers to the synthetic jet (generated from the actuator) that is used for flow separation mitigation. Dynamic “burst-type” actuation exhibits two different characteristic dynamic behaviors within the system; namely, the high-frequency and low-frequency components. These characteristics introduce modeling challenges. In this paper, we propose a hybrid model composed of two individual sub-models, one for each of the two frequencies. The lift response due to high-frequency burst actuation is captured using a convolution model. The low-frequency component due to nonlinear burst-burst interactions is captured using a Wiener model, consisting of linear time-invariant dynamics and a static output nonlinearity. The hybrid model is validated using data from wind tunnel experiments. View Full-Text
Keywords: flow control; dynamic actuation; low-order modeling flow control; dynamic actuation; low-order modeling
►▼ Show Figures 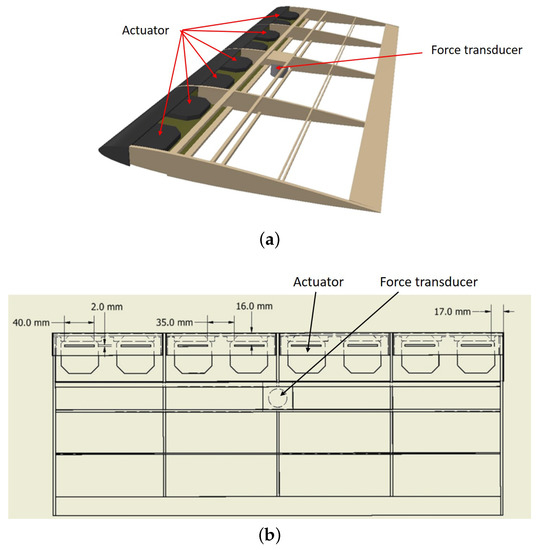