In this paper, the impact of the back contact barrier on the performance of Cu (In, Ga) Se2 solar cells is addressed. This effect is clearly visible at lower temperatures, but it also influences the fundamental parameters of a solar cell, such as open-circuit voltage, fill factor and the efficiency at normal operation conditions. A phototransistor model was proposed in previous works and could satisfactorily explain specific effects associated with the back contact barrier, such as the dependence of the saturated current in the forward bias on the illumination level. The effect of this contribution is also studied in this research in the context of metastable parameter drift, typical for Cu (In, Ga) Se2 thin-film solar cells, as a consequence of different bias or light soaking treatments under high-temperature conditions. The impact of the back contact barrier on Cu (In, Ga) Se2 thin-film solar cells is analyzed based on experimental measurements as well as numerical simulations with Technology Computer-Aided Design (TCAD). A barrier-lowering model for the molybdenum/Cu (In, Ga) Se2 Schottky interface was proposed to reach a better agreement between the simulations and the experimental results. Thus, in this work, the phototransistor behavior is discussed further in the context of metastabilities supported by numerical simulations.
Keywords: photovoltaics; thin-films; CIGS; back contact; barrier; phototransistor photovoltaics; thin-films; CIGS; back contact; barrier; phototransistor

The aim of this paper is to further discuss the phototransistor behavior in CIGS solar cells and how it is affected by the back contact barrier; the phototransistor model explains the behavior of the I–V curves in low-temperature measurements. Experimental and numerical simulation results were presented to support this model and expand it with the incorporation of additional elements, such as the barrier-lowering effect and the impact of the metastabilities on the phototransistor behavior. The key findings are:
There are, however, some issues that should be addressed in further research. For instance, the dependence of the bandgap energy on temperature could also affect the Voc (T) curves, as has been mentioned in the Results Section, which, in turn, affects the calculated barrier heights. Furthermore, the origin of the barrier-lowering effect is also not clear, as both the force of the image charges and tunneling could be plausible explanations for it. The research results presented in this paper could be extended by considering the characteristics of more complex devices, such as gradients of the absorbers bandgap and doping, or how CIGS solar cells produced by different processes (such as sequential processes) are affected by the metastabilities induced by different treatments with respect to the phototransistor behavior. Moreover, the phototransistor model only deals with a specific barrier in the CIGS solar cell, the back contact one; other barriers such as the band offset in the CdS/CIGS interface or a bandgap gradient in the absorber may affect the behavior of the solar cell in a manner that is not considered in this work. Finally, other degradation mechanisms such as PID or damp heat might induce other unexpected behavior of the I–V curves at low temperatures.

This research was funded by the German Ministry of Energy and Economics under contract number 0324070 (proCIGS).

The authors acknowledge the support of the University of Applied Sciences of Ulm (THU) and Universidad Politecnica de Madrid, the CIGS team at ZSW and the NICE Solar GmbH team in the development of this work. 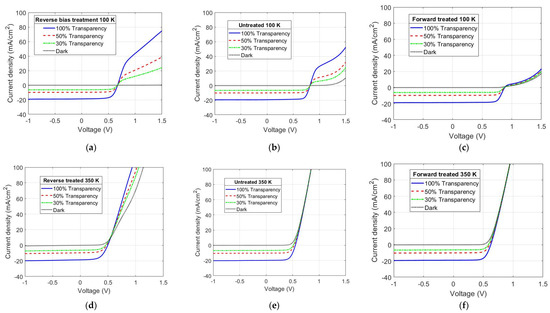 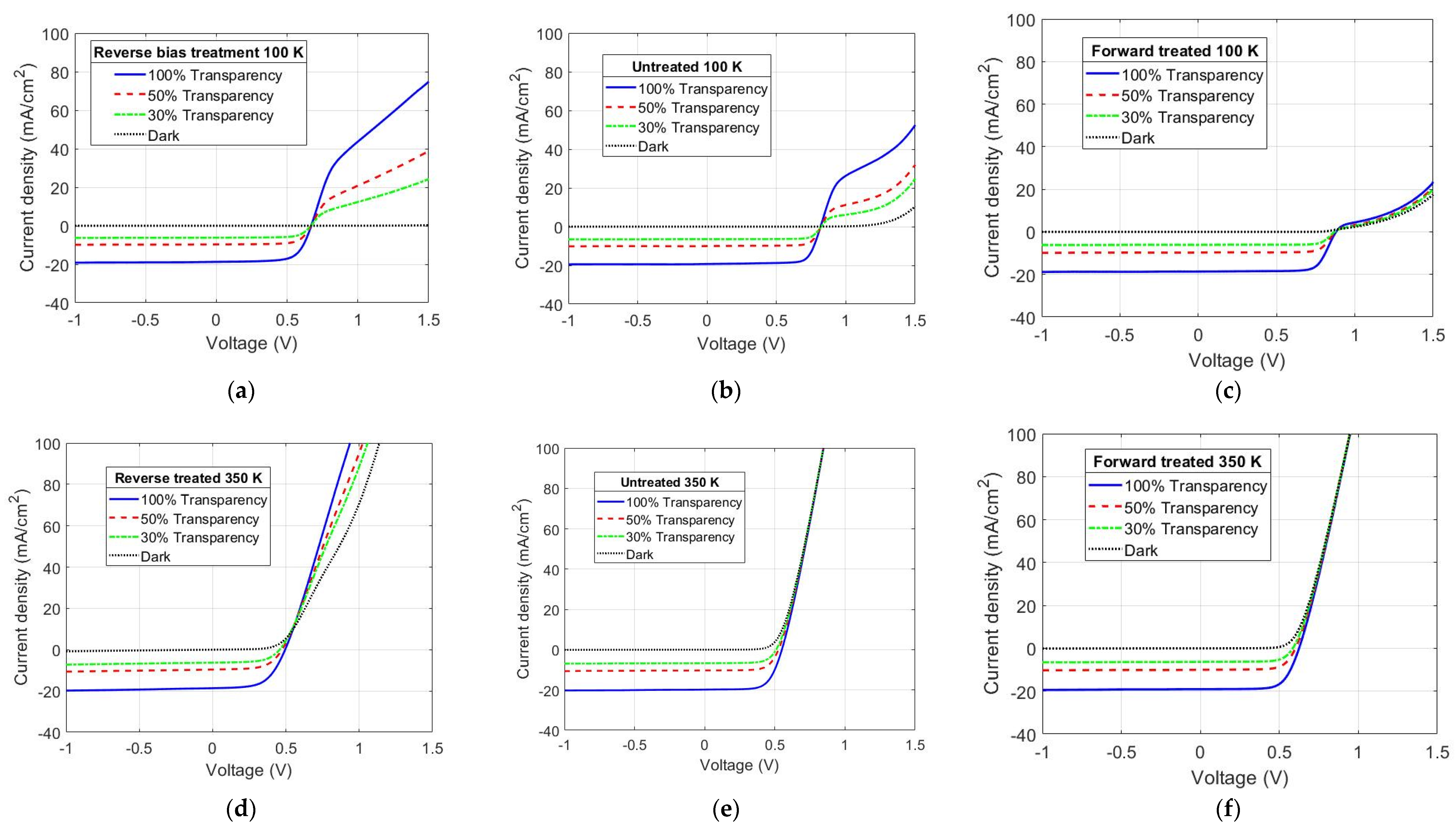 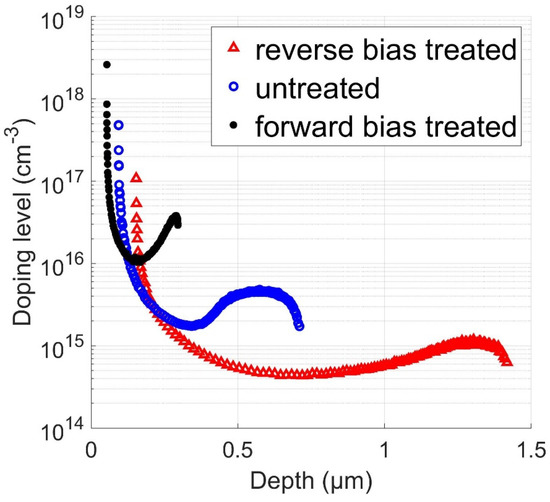 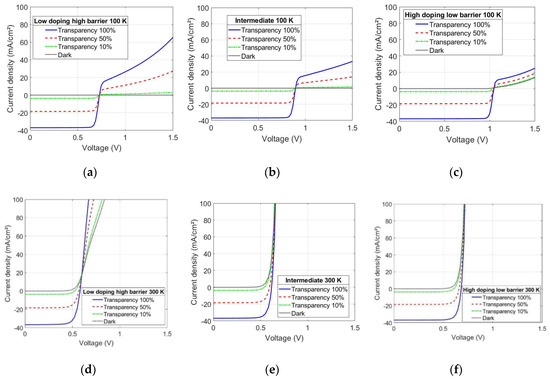 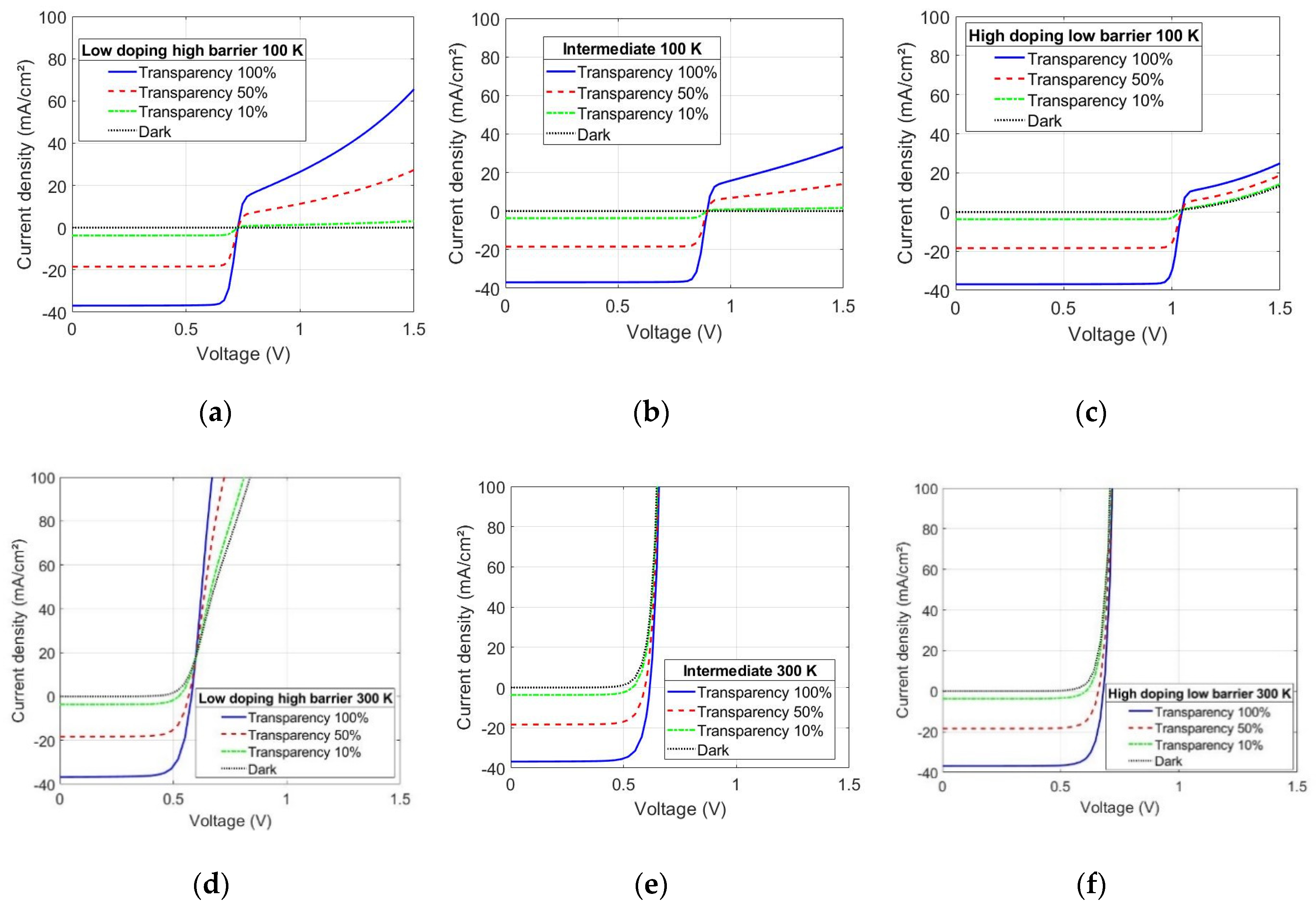