:
Pyrolyzed waste plastic-based green fuel has been reported to be used as an alternate fuel for diesel engines. Some of the main challenges for implementing this in current automotive technology include evaluating engine performance, emission, noise vibration harshness (NVH), and knock characteristics of this fuel. This study focuses on the engine performance of poly-ethylene terephthalate (PET)-based waste plastic oil (WPO) at varying engine speed conditions. The pyrolysis of mixed-waste plastic was carried out at 300 °C in a fixed-bed reactor. Physicochemical properties such as viscosity, density, calorific value, sulfur, and research octane number (RON) of the plastic fuel and its blends with gasoline were analyzed using ASTM standard test methods. The WPO was blended with two different types of gasoline (RON88 and RON90) at 10, 20, and 30%, and was tested in a spark-ignition (SI) engine. The experimental results showed that different WPO–gasoline blends can be used in an SI engine without any engine modifications, and the performance indicators for different blends were found to be close to that of pure gasoline. The brake power and brake specific fuel consumption (BSFC) were found to be 4.1 kW and 0.309 kg/kW h, respectively. The 10% WPO and 90% RON90 blend produced optimal engine performance at 3500 rpm.
Keywords:
waste plastic oil (WPO); engine performance; renewable gasoline; pyrolysis

Plastic waste was collected from the final disposal site on the coast of Banda Aceh, Indonesia. Then, plastic waste was washed several times and dried under sunlight. After that, the waste was cut into small pieces. The experiments were carried out in the Laboratory of Fuel Engines and Propulsion Systems, Department of Mechanical Engineering, Faculty of Engineering, Syiah Kuala University.

2.2. Production of WPO via Pyrolysis

Before the beginning of pyrolysis process, it was ensured that the raw materials were washed thoroughly, cut into pieces, and dried under sunlight. The PET pieces were then weighed up to 1 kg. Figure 2 shows a schematic diagram of the pyrolysis process for plastic waste. The main component consists of a reactor chamber and condenser. The condenser was connected to a reactor chamber by an iron pipe exchanger submerged in cold water so that the condensation process ran smoothly. Digital thermocouples Type K, Length 30cm and diameter 5 mm was directly connected to the reactor chamber to monitor the temperature of the plastic waste gas from the pyrolysis process. The preparation was finalized by installing an iron pipe with heat insulation cladding between the reactor and condenser. The pyrolysis process used Liquefied Petroleum Gas (LPG) as a provider of thermal energy. The produced gas flowed into the reservoir through the heat exchanger pipe using a condensation process as a liquid oil. The pyrolysis process began by turning on a reactor that was set at 300 °C in a vacuum condition. At the same time, the condenser cooler was supplied. The temperature of the reactor was maintained at 300 °C [31] for 2 h 30 min. As the product gases flowed into the condenser, some compounds were condensed. The parts that did not condense remained in the gas phase. The pyrolyzed oil was collected and weighed for analysis. The oil from the plastic waste can be seen in Figure 3. The oil yield from waste plastic through the pyrolysis process at a temperature of 300 °C produced a 53.8% (w/w) yield of WPO. Sample testing was carried out to determine the chemical content of WPO. The yield, i.e., conversion of plastic to oil, was determined using the following equation [32]:

The fuel compositions of WPO–gasoline blends (RON 88 and RON 90) for the three mixture ratios used in the experiment are shown in Table 1. Three mixtures of WPO and gasoline (RON 88), and three mixtures of WPO and gasoline (RON 90), with different percentages of WPO, specifically 10%, 20%, and 30%, were used in the experiment. WPO–gasoline mixtures (RON 88 and RON 90) were placed in a 1 L beaker, then blending was carried out using a magnetic stirrer for 10 min at a speed of 300 rpm at room temperature. The resultant blends were stored in different bottles, separately. To obtain the physicochemical properties of the oil mixture of WPO–gasoline blends, such as viscosity, density, and calorific value, the equation of mixture-oil properties was used as follows: where:
CVblend = Calorific value of fuel blends; X1 = Percentages volume of WPO; X2 = Percentages volume of pure gasoline; CVWPO = Calorific value of WPO; CVRON = Calorific value of pure gasoline.

A four-stroke 163 cc overhead valve OHV single-cylinder, horizontal-shaft, water-cooled SI engine was used to perform the tests. The specifications of the engine are shown in Table 2. The engine is mated to a generator with maximum load 3 kW and operated at 220 V–50 Hz and connected to 6 (six) lamps (500 watts each) that used a load bank to control the load of the engine during the performance test. The function of the generator is to supply the voltage and electric current to power the 3000-watt six-lamp configuration when the engine consumes the fuel at varying speeds. A schematic diagram of the engine experimental setup is given in Figure 3. The engine test was conducted under speed variation from 1500 to 3000 rpm with 500 rpm intervals for each type of fuel. A tachometer, voltmeter, and clamp meter was used to determine the engine rotation, the voltage input, and the electrical current of engine load, respectively. The experiment was repeated three times, and the mean value was calculated for each sample. Figure 4 shows a schematic diagram of the engine experimental setup.

The power generated by an engine connected to a single-phase alternating current (AC) generator can be calculated by the equation [33], where:
Nb = Engine Power (HP); E = Voltmeter Reader (Volt); I = Ampere meter Reader (Ampere); pf = Power factor for one single phase = 1; eg = Efficiency of electric generators for engines under 50 kVA = 87–89%, for generators using V belts, the power generated is divided by ηb = 0.96.

3.1. The Characteristics of Physicochemical Properties of WPO

The SFCs of WPO–gasoline blends and pure gasoline are shown in Figure 6. Based on Figure 6, the SFC of WPO-RON88-30 was the highest compared to WPO-10, WPO-20, and RON88. The SFC of WPO-RON88-30 at 1500 rpm was 0.351 kg/kWh compared to 0.3496 kg/kWh, 0.3295 kg/kWh, and 0.3254 kg/kWh for WPO-RON88-10, WPO-RON88-20, and RON88, respectively. Furthermore, the BSFC for WPO-RON88-10 showed identical results to that of RON88 at 1500 rpm and 2500 rpm, which was 0.3295 kg/kWh and 0.404 kg/kWh, respectively. In general, the values of SFC from gasoline–WPO blends were close to gasoline blends, and can be used as a reference fuel for further development with other variations in future research. With the increase in engine speed, the SFC is in line with the existing literature [40]. In addition, with the increase in concentration (%) of WPO in the mixture of RON88-WPO, SFC is increased. This could be due to the lower calorific value of WPO compared to RON88. Cleetus et al. [22] obtained similar results from gasoline–WPO blend when tested in a SI engine.

3.2.3. The Effect of WPO Blends on Thermal Efficiency

Research has been conducted to examine the effect of engine power, SFC, and thermal efficiency on gasoline engines with high-speed motor using WPO–gasoline (RON 90) blends with different mixture variations.

The SFC for WPO–gasoline blends as well as pure RON 90 fuels are shown in Figure 9. The SFC increased with an increase in the percentage of WPO in WPO–gasoline blends at the same engine speed. It can be seen in Figure 9 that at an engine speed of 2000 rpm, the SFC of WPO-RON90-10, WPO-RON90-20, WPO-RON90-30, and RON90 were 0.2304 kg/kWh, 0.2665 kg/kWh, 0.2976 kg/kWh, and 0.1388 kg/kWh, respectively. With the increase in engine speed from 2000 rpm to 3500 rpm, an increase in SFC was observed due to higher frictional loss at higher engine speed, as discussed previously. In a previous work, Murni [41] reported that the use of fuels with low kinematic viscosity can increase the amount of fuel being consumed during engine operation. Interestingly, at engine speeds between 1500 rpm to 2000 rpm, the SFC of every fuel is decreased, which is different from the results reported by Cleetus et al. [23]. This can be attributed to the high calorific value and octane number of RON90 fuel.

3.3.3. The Effect of WPO–Gasoline RON 90 Blends on Thermal Efficiency

Pyrolysis of waste plastic was performed in a batch reactor equipped with temperature-controlled reflux to produce WPO. It was found that the properties of WPO are close to that of gasoline fuel. The properties of WPO were also found to be within the limits mandated in ASTM standard. From the results of this study, the following conclusions can be drawn:

Conceptualization, methodology, writing-original draft and supervision by K. T.M.I.R. contribute to validation and writing-review & editing. S.B., S.E.S., J.J. and M.J. contributed to the experiment and investigation. F.K., Y.P., A.S.S. and A.H.S. contributed to analysis the data and improve the manuscript. All authors read and approved the final manuscript.

This research was funded by the Universitas Syiah Kuala, Minister of national education through Research Professor Program No.: 520/UN11/SPK/PNBP/2019.

The authors graciously acknowledge the financial support provided by the Chair of the Renewable Energy Research Fund—Biofuel/Bioenergy Research Program (201801 KETTHA). The authors would like to appreciate many thanks to bachelor students (Razuardi Kumar) and magister students (T.M Hakim Furqan) in the combustion Laboratory of Mechanical Engineering Department who has supported to conducting of the research. The authors wish to express their appreciation to the Direktorat Jenderal Penguatan Riset dan Pengembangan Kementerian Riset dan Teknologi/Badan Riset dan Inovasi Nasional Republik Indonesia and Politeknik Negeri Medan, Medan, Indonesia. 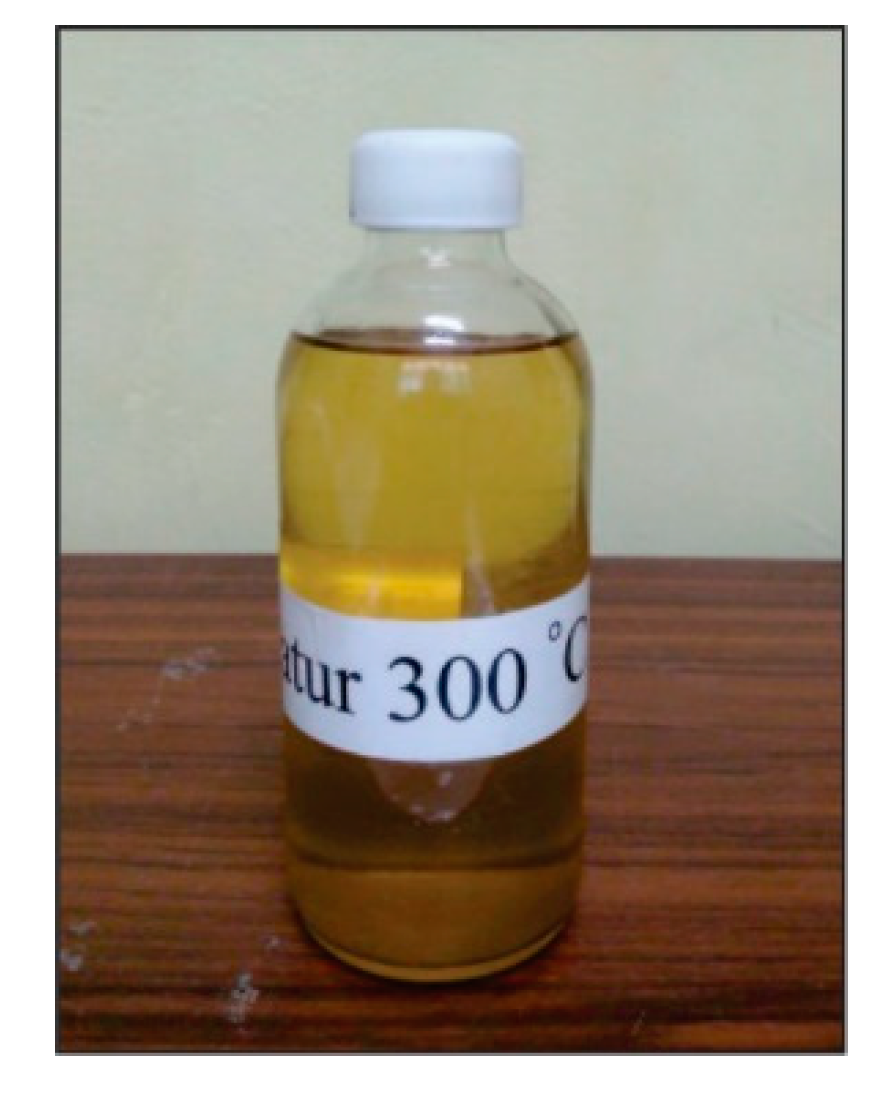 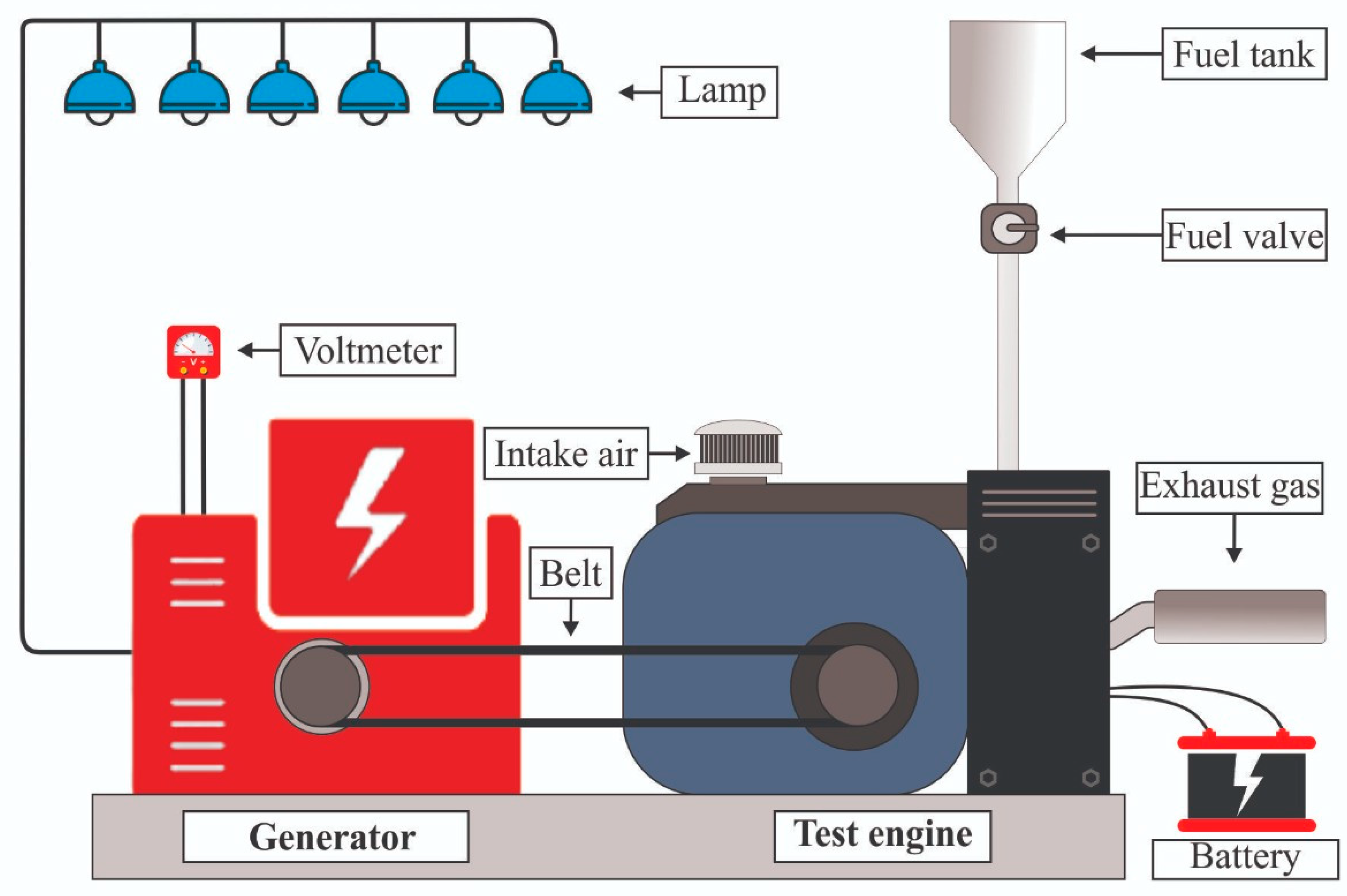 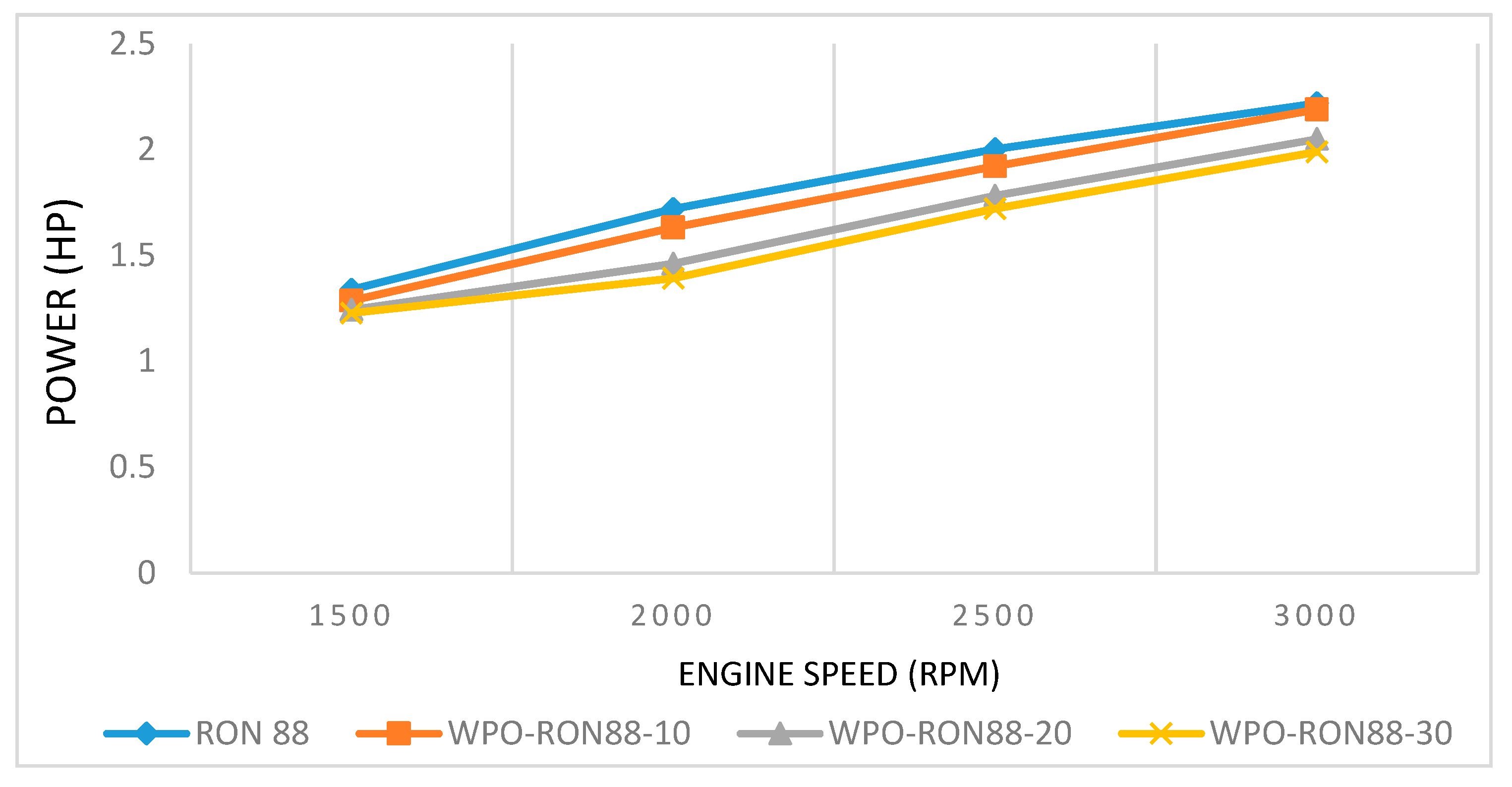 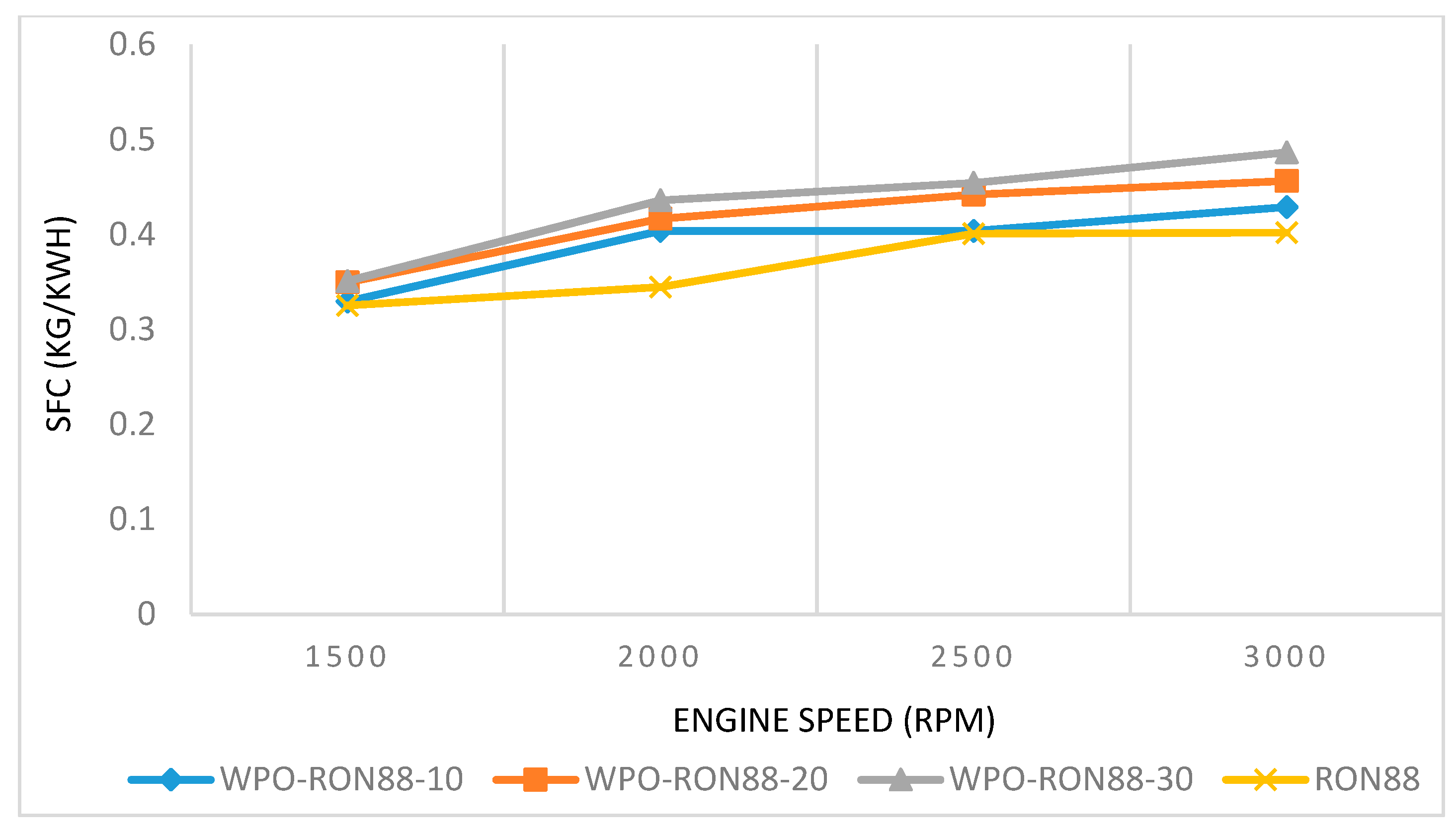 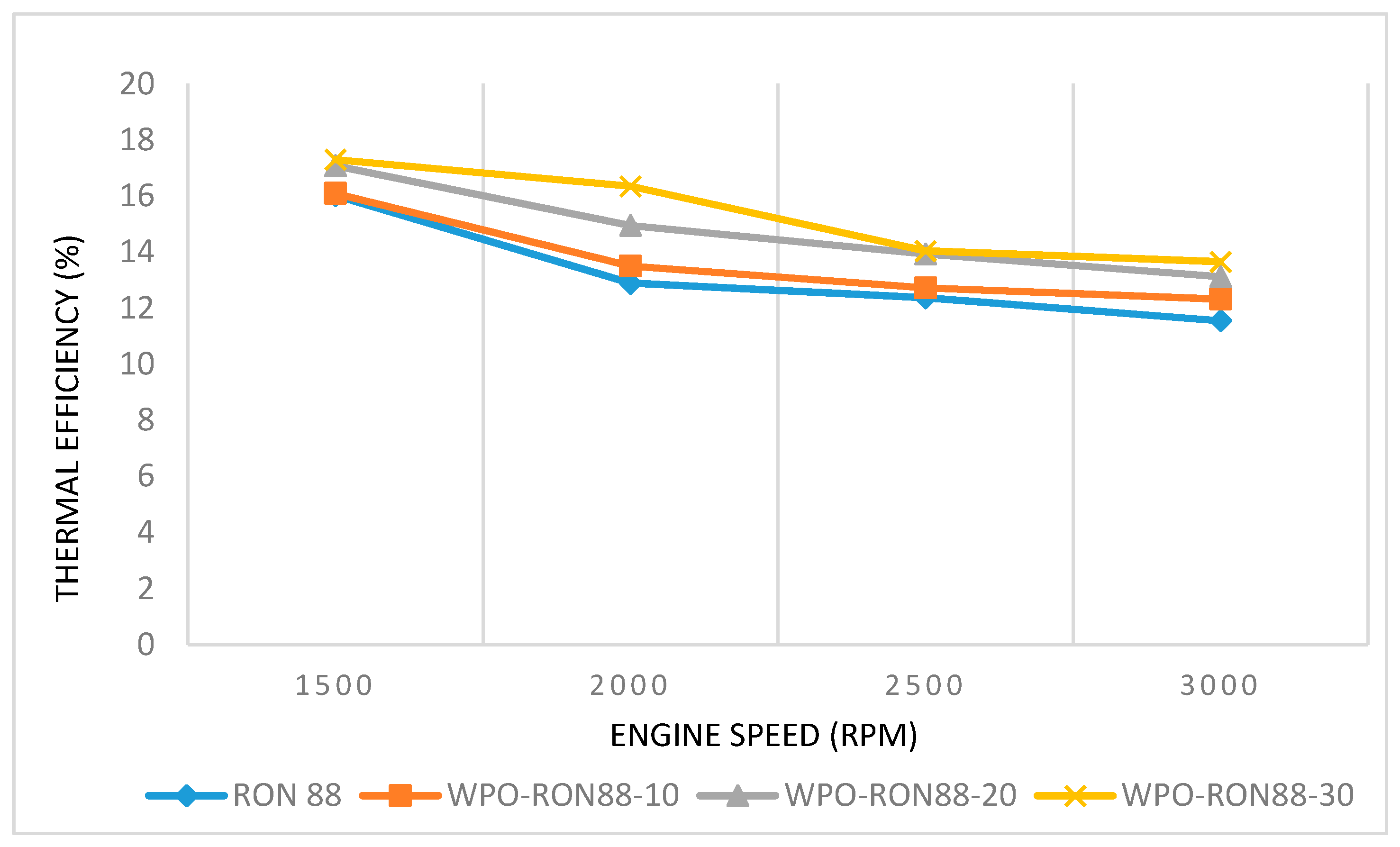 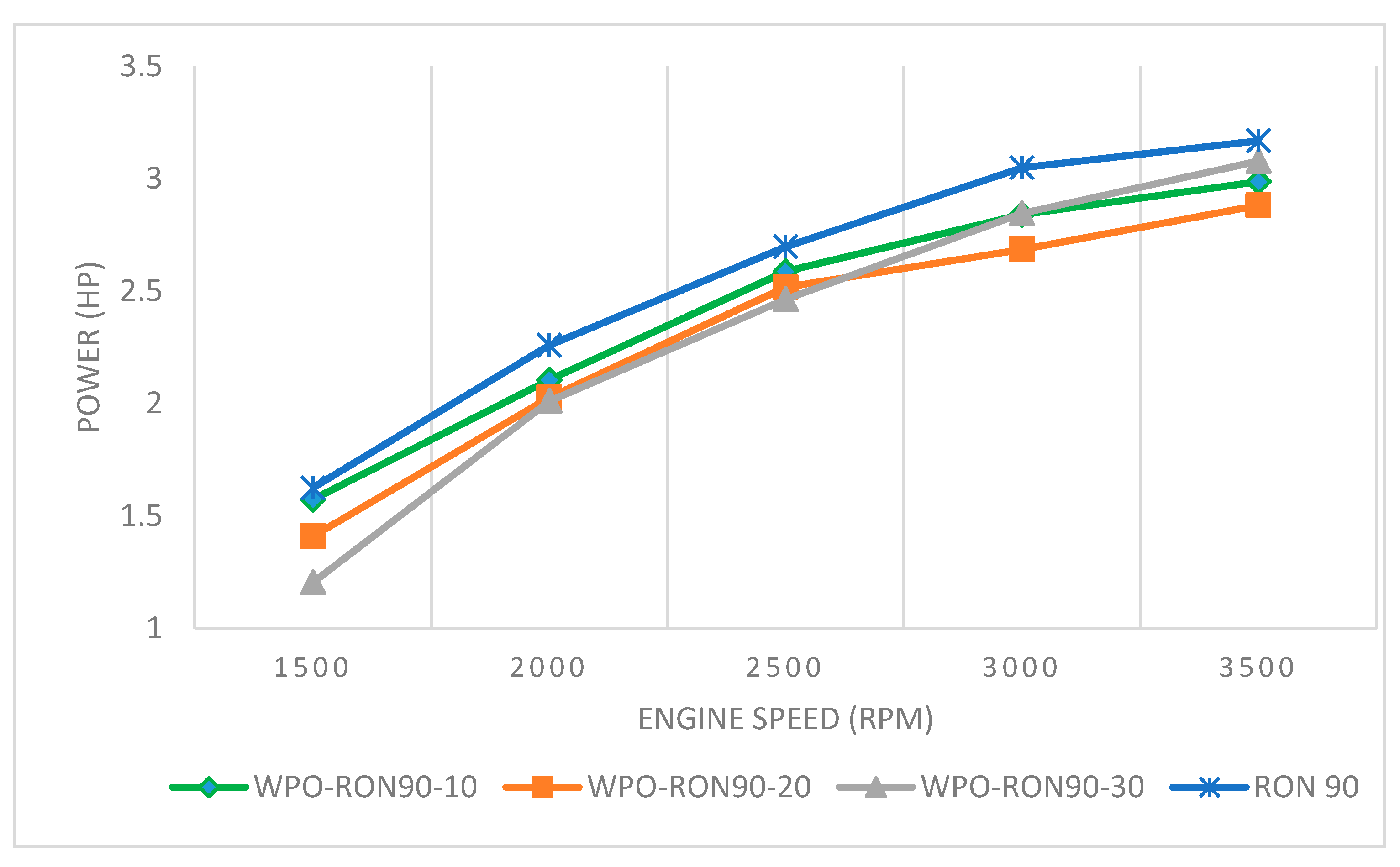 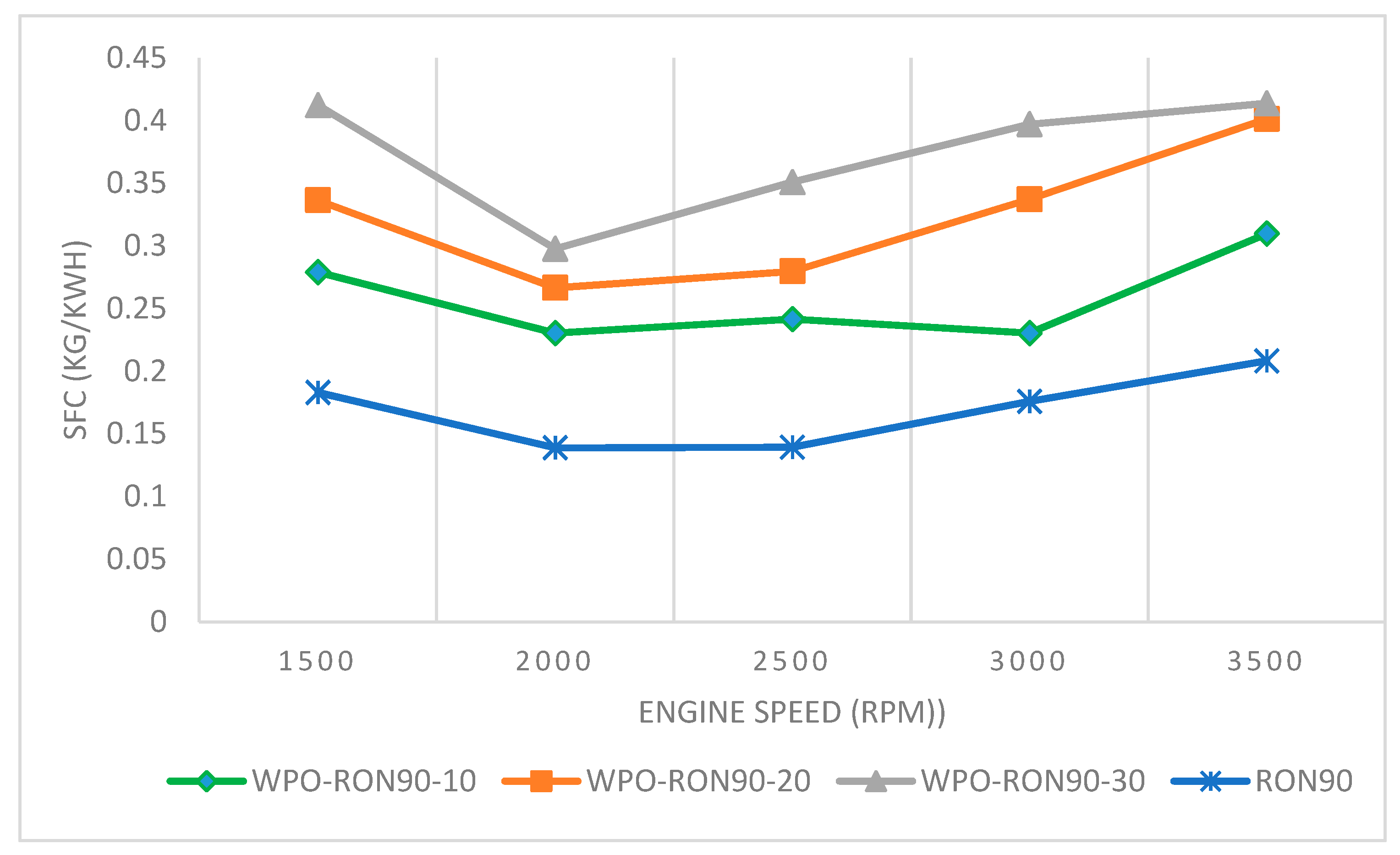 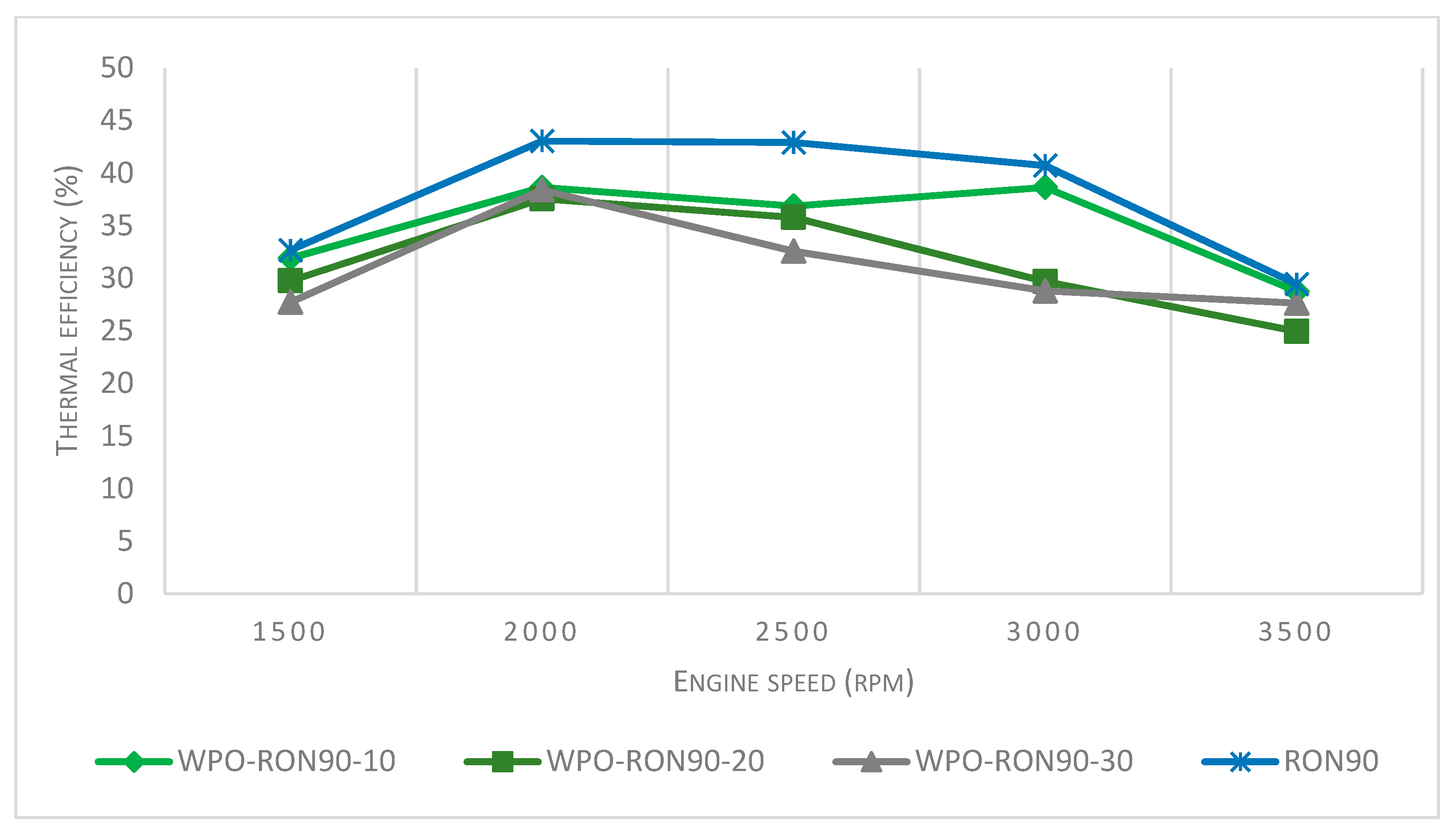