2. Description of the Numerical Model of the Cables

This article considers power cables composed of PVC insulation (permissible continuous temperature 70 °C), PVC sheath/jacket, and the multi-wire (stranded) copper conductor of nominal cross-sectional area equal to 35 mm2. The construction of the power cable is shown in Figure 1.
By heat balance, heat is generated in the cables via the two following ways:

(1)
Joule’s heat produced by the current Icc flowing through the copper conductor—in most of the studied cases, the boundary condition of Joule’s heat flux density qJoule is iteratively introduced to obtain a result for which the max permissible temperature in any area of insulation is reached (70 °C). The current-carrying capacity Icc is included in the following formula:

(2)
The heat generated by solar radiation—presented as the authors’ functional determination of the density of heat flux reaching the insulation surface qsolar(x), W/m2. This relationship has been transformed for use in the Cartesian coordinate system. The intensity of solar radiation depends on the height of the sun above the horizon, which is associated with the absorption of solar radiation by the atmosphere.

Westman’s formula was used as the basic relationship describing the intensity of solar radiation Hsolar [28]: where:
The height of the sun above the horizon depends on the season and latitude. Therefore, assuming Polish geographical conditions (average 53° north latitude), it can be assumed that the maximum sun altitude during summer is around 60°. The average value of the altitude is assumed to be approximately 45°. The formula describing the heat flux reaching the cable insulation surface, depending on the coordinate of the Cartesian system, is as follows: where:
In the investigation, the heat dissipated from the cables to the surroundings is modelled, taking into account:

(1)
The radiated heat from the system—described by the radiation model P1 and DO (Discrete Ordinates) [29]; implemented in the ANSYS Fluent software.
(2)
Heat conduction—mainly in solids, i.e., considered in the PVC insulation and sheath/jacket, but also in the boundary layer. Assuming the isotropicity of the tested materials, the condition regarding the density of conducted energy in the system can be described by the relationship according to Fourier’s law:

(3)
Heat convection—the density of the heat flux transferred by convection is given by the relationship:

where:
Figure 2 presents the simplified geometry of the analyzed cable taking into account the aforementioned assumptions. The investigated cable line is located in the East–West direction, and the wind directions are described accordingly.

3.1. The Effect of the Wind Speed, Wind Direction and Cables Layout

This research was supported by Gdańsk University of Technology. 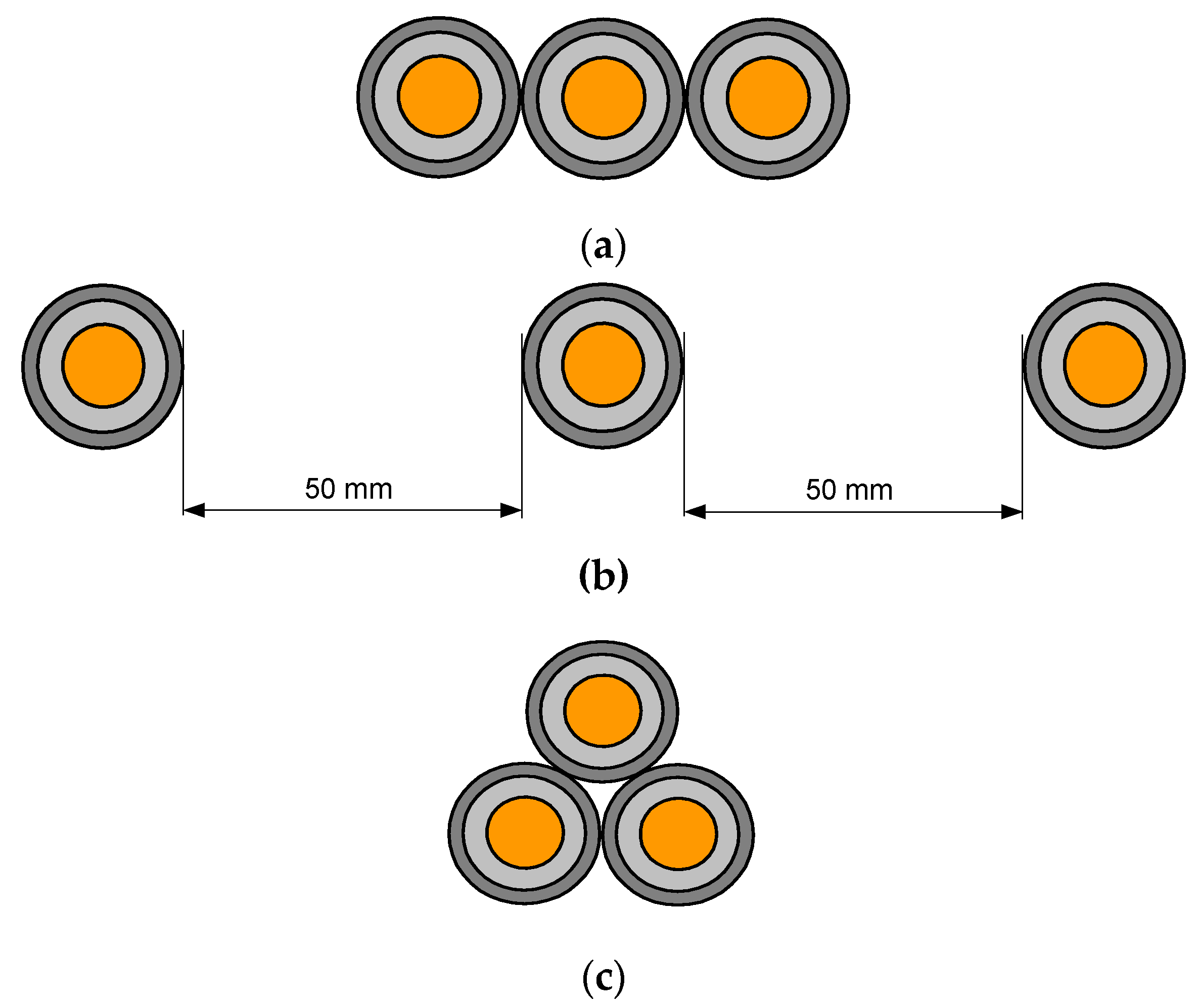 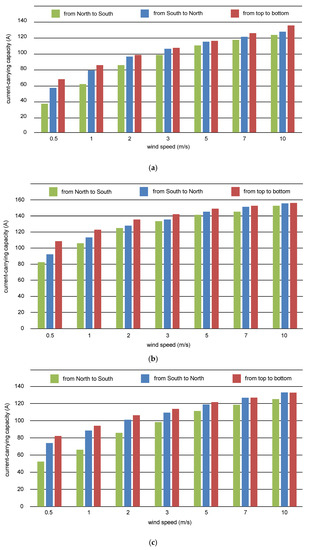 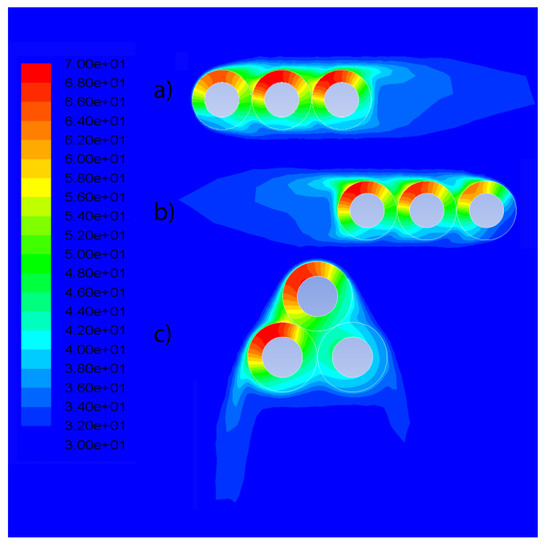 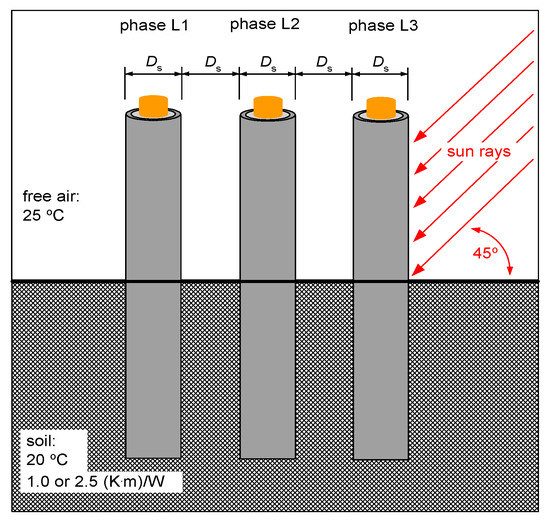 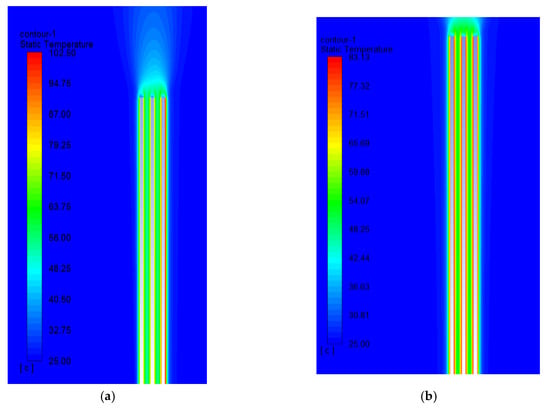 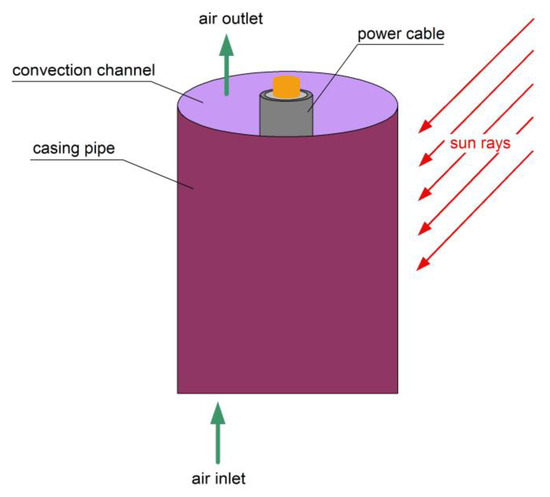 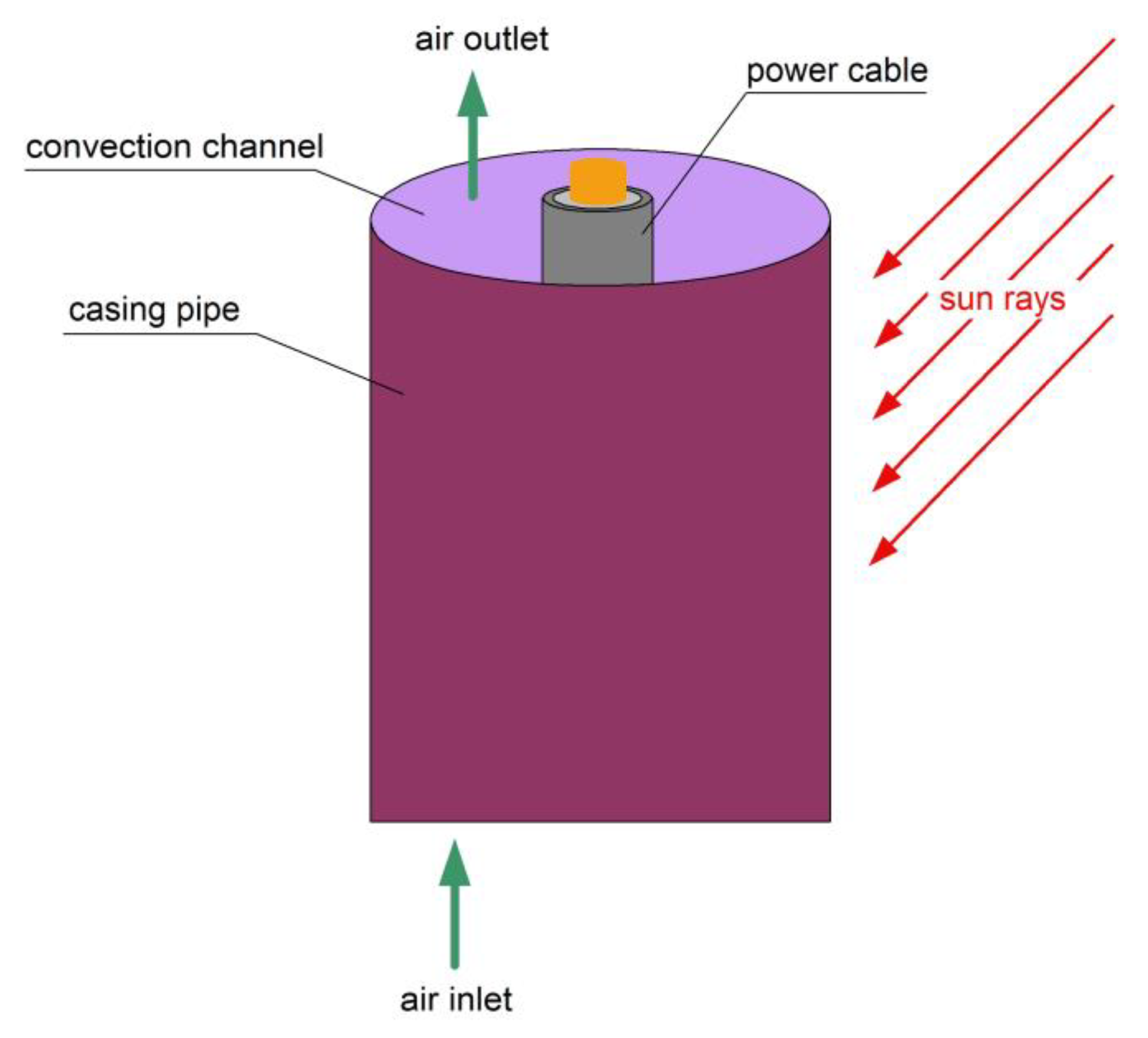 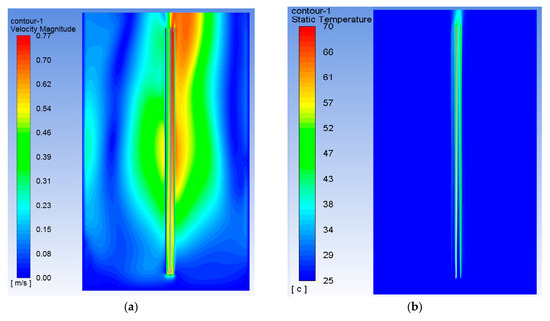 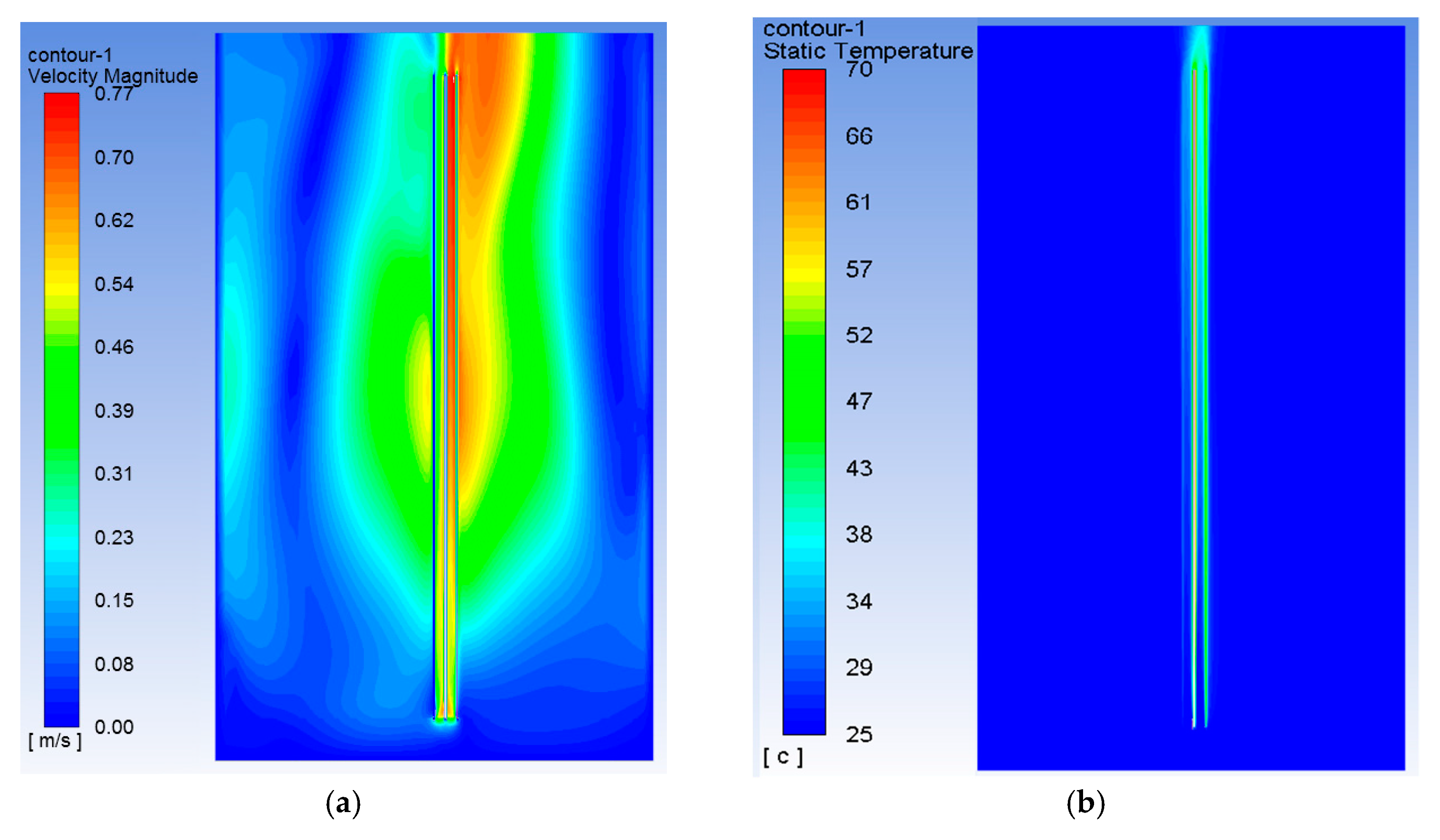