The application of microalgae biomass of Chlorella sorokiniana as environmentally friendly biosorbents for removing potentially toxic elements (PTE) from water and as a source of biofuel has been thoroughly studied. In this paper, we investigate its physicochemical properties infrared spectroscopy (IR spectra), microstructure, adsorption properties); we have managed to isolate the lipid complex, which amounted to 20% of dry biomass. Studies of the lipid complex showed that 80.02% of lipids are unsaturated fatty acids (C18:1, C18:2, C18:3). Additionally, we have investigated the efficiency of using the residual biomass obtained after lipid extraction for water purification from rare-earth metals (REM) and PTE. To increase the sorption properties of residual biomass, its thermal modification was carried out and sorption materials based on heat-treated residual biomass and chitosan were created. The physicochemical and mechanical properties of the obtained sorption materials were studied. The total sorption capacity was 31.9 mg/g for REM and 349.7 mg/g for PTE. Moreover, we propose a new method for the disposal of spent sorbents as additional fuel. Spent sorbents can be considered to be biofuel in terms of energy content (20.7 MJ*kg−1). The results of this study provide the basis for increased use of microalgae.
Keywords: microalgae; sorbents; water purification; REM; PTE; lipids; Omega-3; biofuel microalgae; sorbents; water purification; REM; PTE; lipids; Omega-3; biofuel

To obtain the microalgae biomass, we used 8 closed photobioreactors with a volume of 30 litres each (Figure 1a), which allowed us to cultivate biomass in natural conditions, and a closed photobioreactor with a volume of 90 litres (Figure 1b,c) for laboratory conditions.
To obtain biomass from growth of microalgae, C. Sorokiniana was cultivated, concentrated and dried. To obtain the maximum amount of C. Sorokiniana biomass in our laboratory, the following conditions were maintained: pH = 8.0 ± 0.5; light intensity of 2500 ± 300 Lx; temperature of 28 ± 2 °C; aeration not less than 1.5 l/min and the cultivation time of 10 days.
Biomass growth was monitored by optical density using a spectrophotometer Shimadzu UV- 1208. Cell counting was performed using a Goryev’s camera. Under natural conditions, it is rational to cultivate algae from mid-April to mid-October, i.e., the cultivation period is 6 months per year.

For lipid extraction processes, it is necessary to use dry microalgae biomass. For this, microalgae suspension was concentrated and dried.
Concentrations were carried out using a 12 L centrifuge, Avanti J-30i Beckman Coulter, with a cooling system. Centrifugation speed was 30,000 rpm. The resulting thick paste (moisture content up to 40%) was dried by the lyophilic method, within which the paste was first frozen at T = −20 °C and then lyophilized at a pressure of 1 mbar (−20 °C) at an ice condenser temperature of −55 °C using the Alpha 1-2 LDplus lyophilization device from Martin Christ Gefriertrocknungsanlagen GmbH.

The specific surface area of materials was determined by low-temperature nitrogen adsorption (−196 °C) using the BET (Brunauer, Emmett and Teller) method on the TriStar II 3020 automated sorption installation from Micromeritics (USA). The volumetric version of the sorption method was used.

The IR spectra of the residual biomass and sorbents were recorded using the FSM 1201 spectrometer. A KBr tablet obtained by pressing its crystalline powder during vacuum pumping was used as a reference sample. Samples were obtained by pressing a mixture of the test powder (5 mg) and KBr. The total weight of the tablet with the test sample was 300 mg.

2.5. Lipid Extraction and Determination of Their Composition

The lipid fraction extraction from C. sorokiniana microalgae biomass was carried out on the Büchi E-812 SOX Soxhlet apparatus. For this, 3 g of dry biomass was placed in a cellulose glass (33 mm × 94 mm). A mixture of ethanol and n-hexane (1:9), was used as an extractant. For 3 g of dry biomass, 100 ml of extractant was used. We studied and established the optimal extraction parameters for the maximum lipid yield (20%): the extraction time of 3.5 hours; hexane and ethanol (9:1) used as an extractant; 10 cycles of extraction. The qualitative composition of total lipids obtained from the biomass of C. Sorokiniana microalgae was investigated by thin layer chromatography (TLC) using PTCX–AF-B plates. Plate analysis was performed using the Sorbfil densitometer and Sorbfil TLC software (Version 1.0, Sorbpolimer, Krasnodar, Russia). For this, lipid samples obtained from C. Sorokiniana microalgae in the amount of 3 μl were deposited to PTSX–AF-B chromatographic plates. The plate was placed in a chromatographic chamber, which was prefilled with a mixture of solvents: petroleum ether/diethyl ether/acetic acid in a ratio of 90:10:1. The plate was immersed in a solvent to the depth of 5–6 mm. The distillation was carried out for 50–60 minutes at room temperature. After this, the plate was dried and sprayed with a 30% sulfuric acid solution. Sprayed plates were kept in an oven heated to a temperature of 180 °C for 30 minutes. As a result, all lipids were charred and formed black spots. After the development of the analyzed plate, it was placed in a lighting chamber, for this it was fixed on a stage, introduced into the chamber, and illuminated with light of a selected wavelength. The plate image was stored in the computer memory using a Sony video camera; the video image was processed using the Sorbfil TLS View program. Compounds were identified using reference data on the path length.
The composition of higher fatty acids in the lipids obtained from the C. Sorokiniana microalgae biomass was determined using the gas chromatograph with a flame ionization detector Agilent technologies sales and services GmbH and Co.KG, on a BPX70 column (60 m × 0.25 mm × 0.25 μm), SGE analytical science, VWR international GmbH; carrier gas was nitrogen.

The scheme for producing adsorbents is shown in Figure 2.
The residual biomass was thermally treated at T = 400 °C for 20 min in a special cell without oxygen. The obtained heat-treated residual biomass was a fine black powder. Granules were made from heat-treated powder of residual biomass by droplet granulation; the procedure is described in detail in articles [56,57,58]. Chitosan, which is a safe biodegradable biopolymer, was used as a binder, therefore not harming the environment. The composition of the mixture and dry granules of experimental samples of sorption material from the residual biomass of microalgae Chlorella sorokiniana is 5:95 mass % for the mixture and 55.5:44.5 wt. % for dry granules. Sorption properties of sorbents made of residual biomass were investigated under the conditions: ratio of sorbent mass and solution = 2 g per 1 dm3; pH = 4.0 ± 0.2 units of pH; T = 293 ± 2 K. The sorption process was carried out in two stages, initially the solution with a weighed portion of the sorbent was mixed in the OS-20 laboratory shaker from Biosan (Latvia) for 2 hours at a velocity of ν = 250 rpm. For the remaining time (22 hours), the solution was static. The required pH value was adjusted with HNO3 (7%) and NaOH (7%) solutions and controlled using a laboratory ion meter I-160MI (LLC “Measuring technique”). We used model solutions containing Zn (II), Cd (II), Cu (II) ions, which were prepared from CuSO4∙5H2O, ZnSO4∙7H2O and 3CdSO4∙8H2O salts, and for the preparation of model solutions of REM we have used standard samples. The initial concentration of the solutions was 50 mg/g. At the end of the sorption process, the sorbent mass was separated from the solution by filtration using a decalcified White Ribbon filter, and the solution was decanted after purification with sorbents. The initial and equilibrium solution concentration before and after treatment with sorbents were evaluated using the inversion voltammetry on a TA-Lab analyzer (NPP Tomanalit, Tomsk, Russia).
Studies on the extraction of REM from model solutions with various concentrations were carried out at pH = 4. Coupled Plasma-Optical Emission Spectroscopy (ICP-OES) was used to determine the concentrations in the REM solution.
The efficiency (E) of model wastewater purification was calculated according to the formula: where C0 and Ct are initial and final concentration of solution, mg/l.
The adsorption capacity Ai of adsorbent at any given time was determined by the equation: where C0 is the initial concentration, Ct is the solution concentration at a given time, g/l; m is the sorbent mass, g; V is the solution volume, L.

2.8. Determination of Specific Heat of Combustion

Tests for determining the higher heating value (HHV) of the spent sorbents were carried out at the laboratory of the Hamburg University of Technology (Germany) using the IKA C 5000 calorimeter. The device used is a bomb calorimeter with an adiabatic jacket in accordance with DIN EN 51900-3. The spent sorbents are predried at 45 °C to constant weight, then crushed to <0.25 mm. The lower heating value LHV is calculated from the HHV.

As a result of the work done, it was proven that microalgae biomass can be used to produce lipids and sorbents. The maximum yield of lipids from biomass was 20%. They contain unsaturated fatty acids, so we recommend using them for production of Omega-3, and the remaining lipid fractions for biofuels production.
The sorption properties of residual biomass were studied and a thermal modification was proposed that increases the total sorption capacity (Zn + 2, Cd + 2, Cu + 2) from 216.4 mg/g to 255.4 mg/g.
Using chitosan as a binder of granular heat-treated residual biomass contributed to an increase in the total metal ions absorption capacity (Zn + 2, Cd + 2, Cu + 2) up to 349.7 mg/g. We have proved that granular sorbents can recover rare-earth metals with a common sorption capacity of 31 mg/g. This allows us to recommend developed materials for water purification from PTE and REM.
The spent sorbents have a specific heat of combustion of 20.674 MJ*g−1, which is not worse than that of some classical types of fuel. Therefore, we recommend using them as fuel.
The proposed technologies for the cascade processing of microalgae biomass make it possible to obtain several useful products (lipids, sorbents, fuel) without waste generation, which corresponds to the global environmental concept. 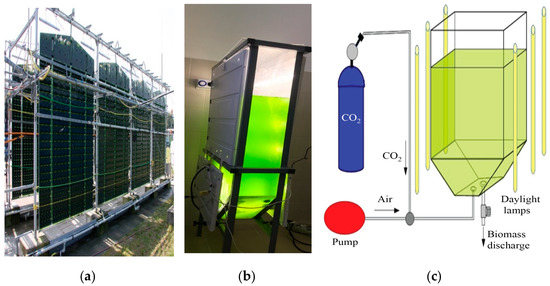 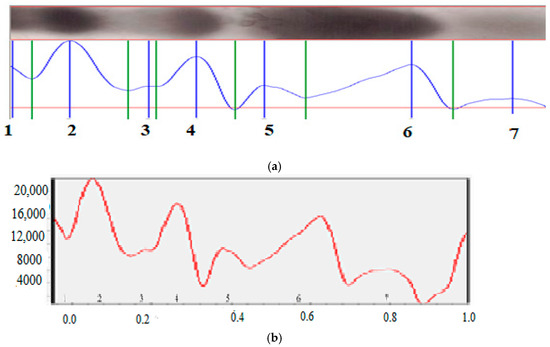 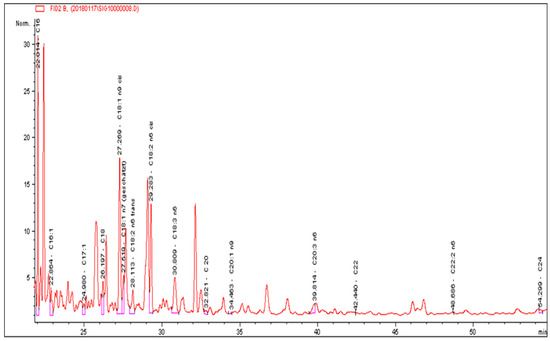 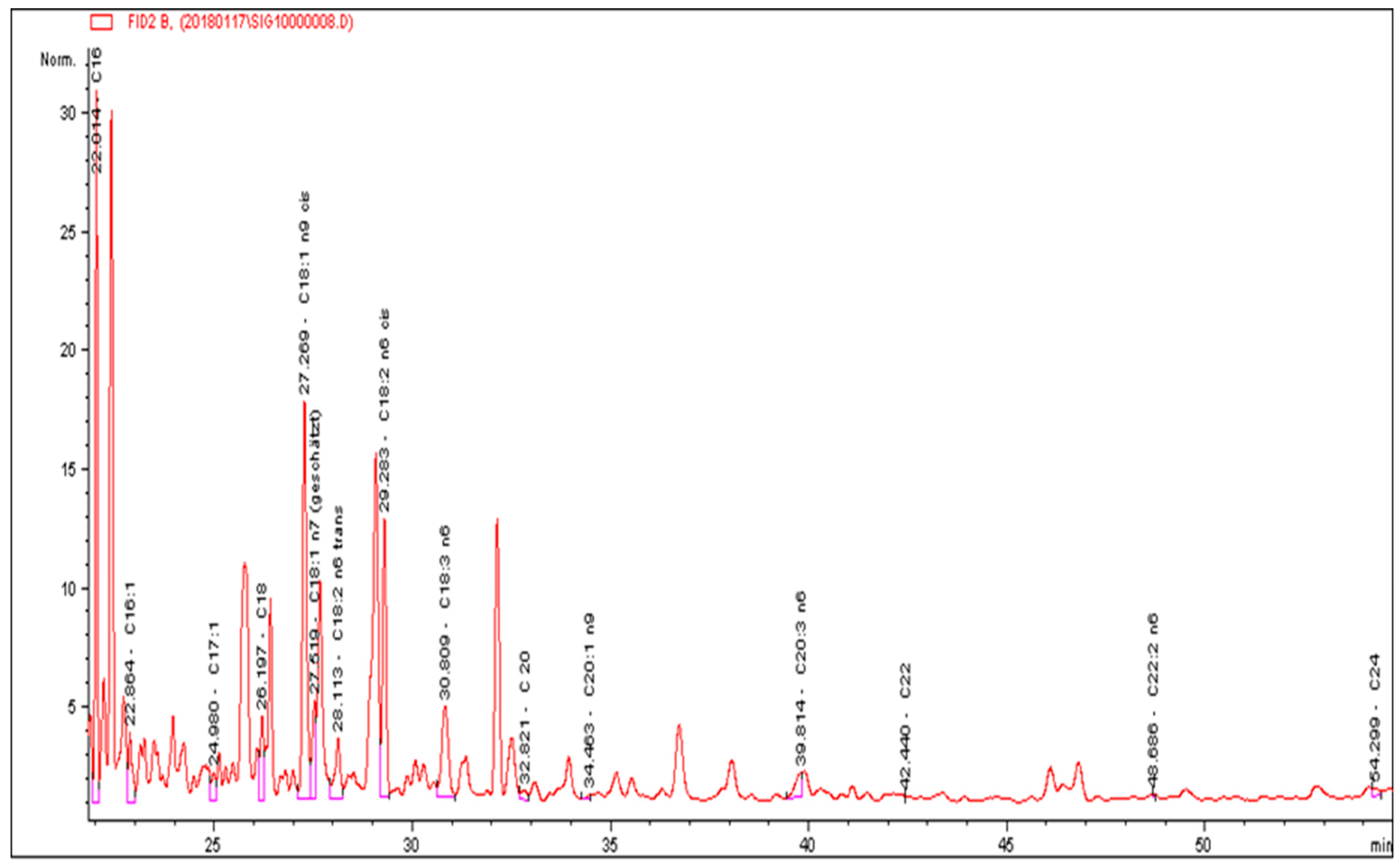 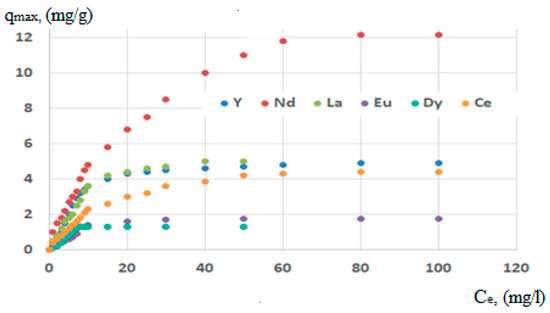 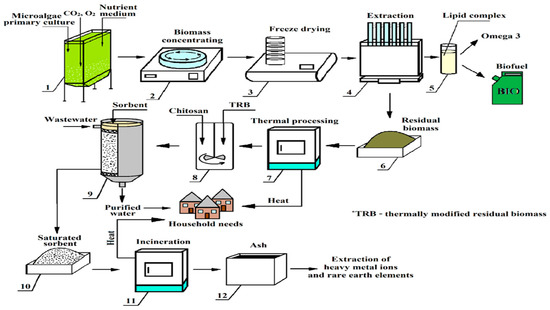