For more than 15 years FerroAtlantica (now Ferroglobe) has been developing a method of silicon purification to obtain Upgraded Metallurgical Grade Silicon (UMG-Si) for PV solar application without blending. After many improvements and optimizations, the final process has clearly demonstrated its validity in terms of quality and costs. In this paper the authors present new results stemming from a first mass-production campaign and a detailed description of the purification process that results in the tested UMG-Si. The subsequent steps in the value chain for the wafer, cell and module manufacturing are also described. Two independent companies, among the Tier-1 solar cells producers, were selected for the industrial test, each using a different solar cell technology: Al-BSF and black silicon + PERC. Cells and modules were manufactured in conventional production lines and their performances compared to those obtained with standard polysilicon wafers produced in the same lines and periods. Thus, for Al-BSF technology, the average efficiency of solar cells obtained with UMG-Si was (18.4 ± 0.4)% compared to 18.49% obtained with polysilicon-made wafers. In the case of black silicon + PERC, the average efficiency obtained with UMG-Si was (20.1 ± 0.6)%, compared to 20.41% for polysilicon multicrystalline wafers. View Full-Text
Keywords: solar cells; UMG silicon; purification; PERC; black silicon solar cells; UMG silicon; purification; PERC; black silicon
►▼ Show Figures 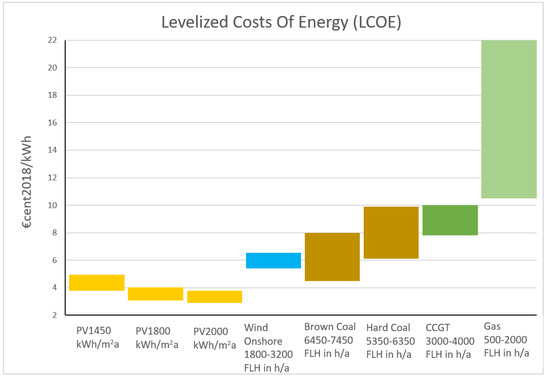