Optimal Sizing of Storage Elements for a Vehicle Based on Fuel Cells, Supercapacitors, and Batteries
Previous Article in Journal

Simulation of Thermal Behaviour of a Lithium Titanate Oxide Battery

One of the reasonable possibilities to investigate the battery behaviour under various temperature and current conditions is the development of a model of the lithium-ion batteries and then by employing the simulation technique to anticipate their behaviour. This method not only can save time but also they can predict the behaviour of the batteries through simulation. In this investigation, a three-dimensional model is developed to simulate thermal and electrochemical behaviour of a 13Ah lithium-ion battery. In addition, the temperature dependency of the battery cell parameters was considered in the model in order to investigate the influence of temperature on various parameters such as heat generation during battery cell operation. Maccor automated test system and isothermal battery calorimeter were used as experimental setup to validate the thermal model, which was able to predict the heat generation rate and temperature at different positions of the battery. The three-dimensional temperature distributions which were achieved from the modelling and experiment were in well agreement with each other throughout the entire of discharge cycling at different environmental temperatures and discharge rates.
Keywords: thermal modelling; thermal behaviour; lithium titanate oxide batteries thermal modelling; thermal behaviour; lithium titanate oxide batteries

A 13 Ah pouch type commercial lithium-ion battery cell with dimensions of 204 mm width, 129 mm length, and 7.7 mm thickness and a lithium titanate oxide based anode was modelled for all simulations. The picture of the battery cell inside fixture, which was chosen for this investigation, is illustrated in Figure 1.
In accordance with the construction and geometry of the battery cell, a three-dimensional model was constructed in ANSYS (2018) and the battery geometry was generated and analysed in an appropriate manner for additional analysis. Different components of positive and negative current tabs are illustrated in Figure 2. The negative tab and positive tab are used to accumulate the current flow via the battery cell. As shown in the figure five parts comprise the model:

The general energy balance differential equation, which explains the distribution of generated local, conducted, and accumulated heats and the variation of temperature within a battery cell or pack, can be written as follows: where
Free convection is the main heat transfer process from the surfaces of the battery cell. The dissipated heat flux from the battery surface to the surrounding can be considered by both the convection and the radiation heat contributions: where
Natural convection on a surface is a function of the orientation besides the geometry of the surface. In addition, it depends on the thermos physical properties of the fluid and the variation of temperature on the surface [16]. The complicatedness of the fluid flow makes it hard to achieve straightforward analytical relations for natural convection. The Rayleigh number, which controls the flow regime in natural convection, is defined as the product of the Prandtl and Grashof numbers [16]: where
The Nusselt number for natural convection could be determined in the following form [16]: where the constants n and C depend on the flow and the geometry of the surface.
In this investigation natural convection process was considered for heat transfer from the surfaces of the battery cell. A procedure was used for the determination of the thermal parameters of the lithium-ion batteries. The method is able to determine a single thermal parameter such as specific heat capacity or thermal conductivity.
The heat capacity is quantifiable physical parameters of a substance, which characterizes the amount of heat, which is required to alter the temperature of the substance by one degree. In other words, heat capacity or specific heat is the amount of heat, which is needed to heat or cool 1 kg of a material by 1 °C. It determines how quickly a battery heats or cools down from its primary temperature in a given surrounding condition. The outcome of the heat capacity characterization process depends on the amount of absorbed heat, which consecutively depends on the ambient circumstances of the process.
In this investigation, isothermal battery calorimeter was employed for determination of specific heat. In order to measure the heat capacity of the battery cell with known mass (m) a thermal procedure was selected. At first, the battery was placed in the Maccor chamber for 3 h to be equilibrated at initial temperature T1. The chamber temperature was set to T1. Then it was placed rapidly in the isothermal battery calorimeter. The isothermal battery calorimeter temperature was set to T2. After a period, the battery cell temperature reached to the chamber temperature. This procedure was repeated several times and the average amount was considered. The heat (Q) which was transferred between the isothermal battery calorimeter and battery cell was measured by using heat flux sensors inside chamber. Consequently, by having the temperature difference (T1 − T2) and the mass (m) of the battery cell the heat capacity was calculated by using the following equation:
Transient and steady state methods are the main methods, which could be used for the determination of the thermal conductivity of batteries. Guarded hot plate is a steady state method, which can approximately estimate the thermal conductivity. In this method, the battery is placed between a heat sink and heat source. The thermal conductivity could be determined by knowing the battery cell thickness, temperature difference across the battery, and heat flux. where
To assure of the accuracy of the results different ways were used for determining the battery cell density. The battery density was calculated based on the battery material. In addition, the density of the lithium-ion battery was calculated by measuring the mass and volume of the battery cell. In order to determine precisely the physical and thermal parameters of the lithium titanate oxide battery cell and to assure of the accuracy of the previous estimations a procedure was selected. In this method, the battery cell was divided to different parts such as negative current collector, negative electrode, separator, positive electrode and positive current collector. The battery cell cross-section along with the thickness of different layers is illustrated in Figure 5. The material properties of the battery cell were estimated by employing the following formulations [17]: where

The model was solved in ANSYS by employing the Multi-Scale Multi-Dimensional (MSMD) battery module. The model combines the principal design parameters of the battery cell such as corresponding physical parameters, materials, and dimensions to computational fluid dynamics and heat transfer. In addition, the battery model is able to simulate a single battery cell or a battery pack to investigate their electrochemical and thermal behaviour. At the solution phase of the model, unsteady state problem and the thermal time interdependent were solved numerically assuming the heat generation in the battery cell as a dynamic source. The amount of heat generation inside a lithium-ion battery cell, which was proportionate to the temperature and current rate, was measured by an isothermal battery calorimeter and was considered as an input to the thermal model. The thermal and electrical fields were solved by using the following equations [17]: where

Heat generation inside batteries is a complicated process, which could be divided into reversible and irreversible parts. Experimental setup, which was used in this investigation, is illustrated in Figure 10. Isothermal battery calorimeter was employed for heat loss measurement. The detailed experimental procedures and setup, as well as corresponding equipment and materials, could be found in [20]. Maccor automated system was used as a battery cycler for the whole experiments. The battery cycler charged and discharged the battery with different current rates. Heat flux determination of lithium titanate oxide battery cell by using isothermal calorimeter is shown in Figure 11.

The principal objective of this investigation was to develop a precise, computationally efficient and simplified Dual Potential Multi-Scale Multi-Dimensional (MSMD) Battery model. A procedure was used to simulate the thermal behaviour of a lithium-ion battery at different current rates and environmental temperature. The three-dimensional temperature distribution of the battery was anticipated as a function of the discharge time by using the model. By comparing the modelling discharge curves with the experimental outcomes at different environmental temperatures and discharge rates the modelling was validated. The parameters of equivalent circuit model were determined from multi-pulse charge and discharge data. An average specific heat capacity was considered for the battery cell in the time dependent and unsteady state simulation. To assist the suggested modelling method, calorimetric experiments were accomplished. By using the heat generation, which was measured by the isothermal calorimeter, the model was simulated to demonstrate the temperature distribution. A great temperature discrepancy was seen in battery surface at high current rates. This phenomenon could be described by high amount of heat generation due to higher temperature gradient. In addition, the value of surface temperature of the battery was determined by the model, was compared to the experimental data, and was in good agreement with the model data. Greater temperature gradients were seen at the battery cell surfaces owing to higher current rate. Subsequently, design of an appropriate thermal management system specifically during high current rates charging and discharging could play a fundamental role in preventing great temperature growth of the battery cell. The simulation methodology, which was demonstrated in this investigation, might contribute to the development of a battery cell thermal management system, which enables the temperature evolution of lithium-ion batteries as a subordinate of time to be more precisely anticipated. In addition, it can assist to anticipate the evolution of the thermal, electrical, and chemical processes. 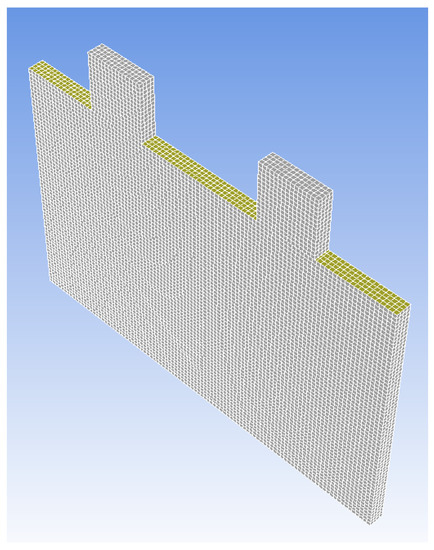 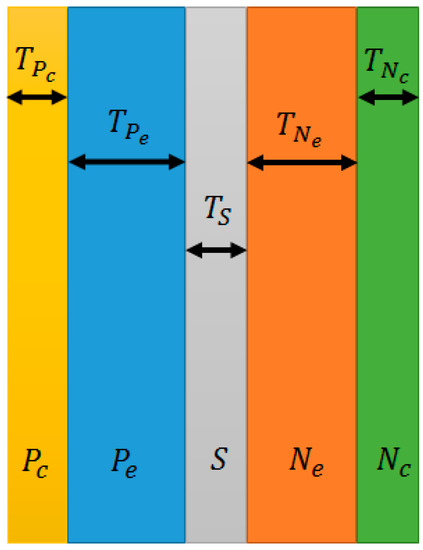 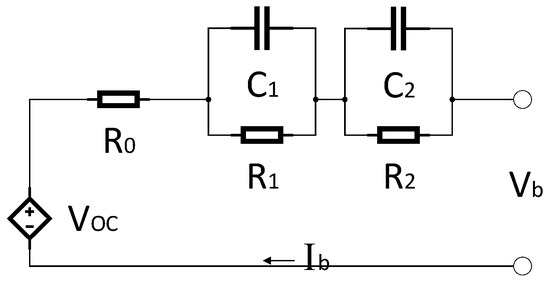 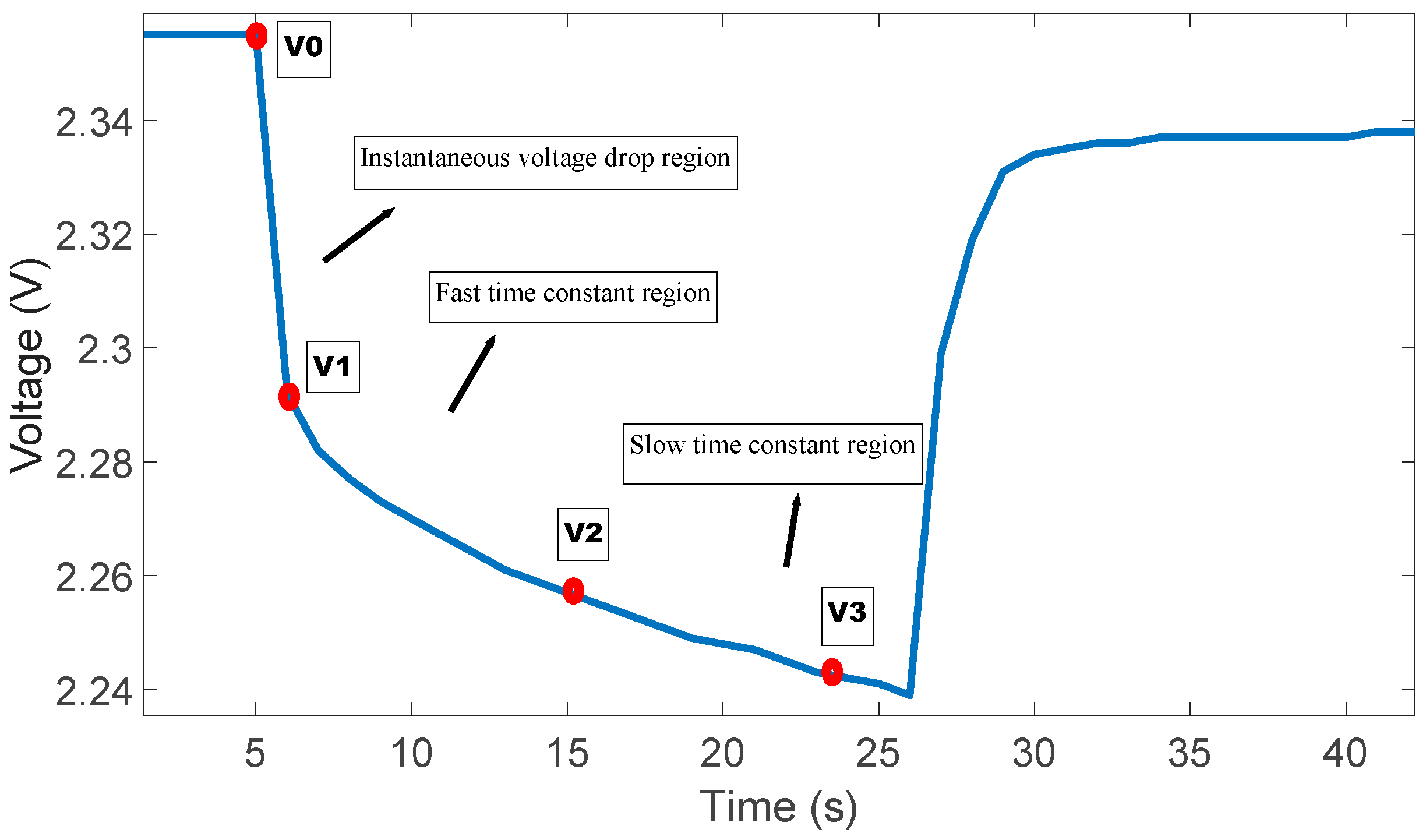 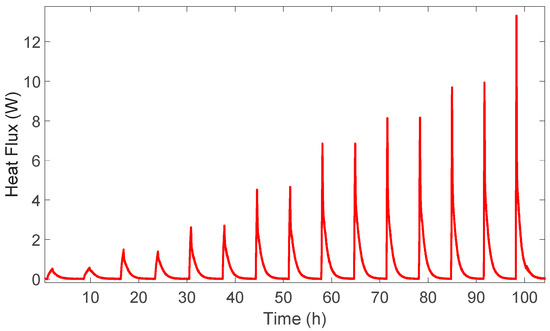 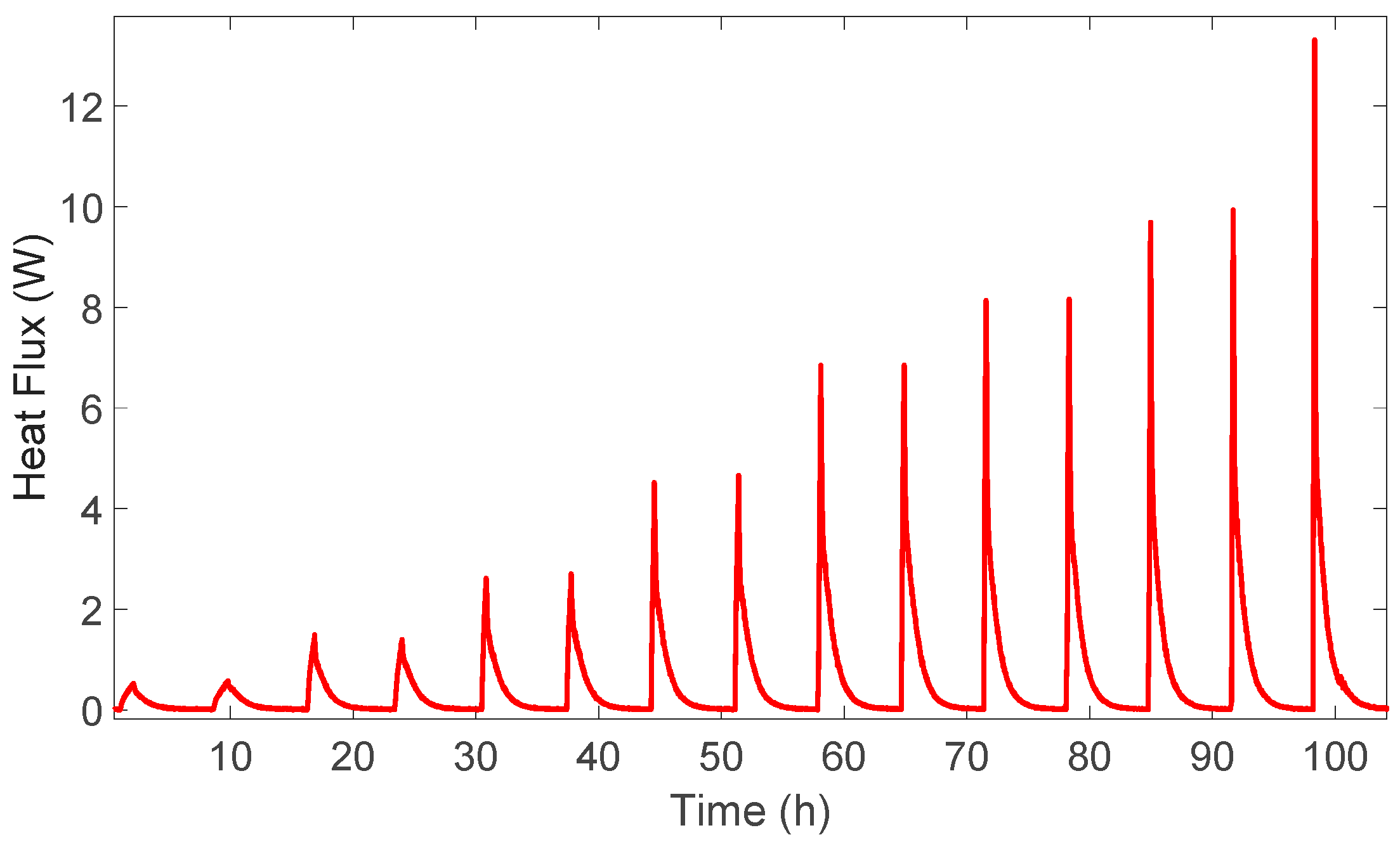 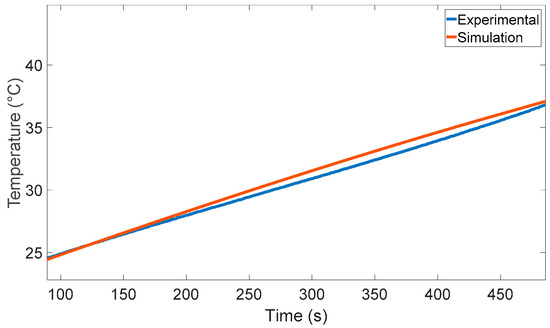 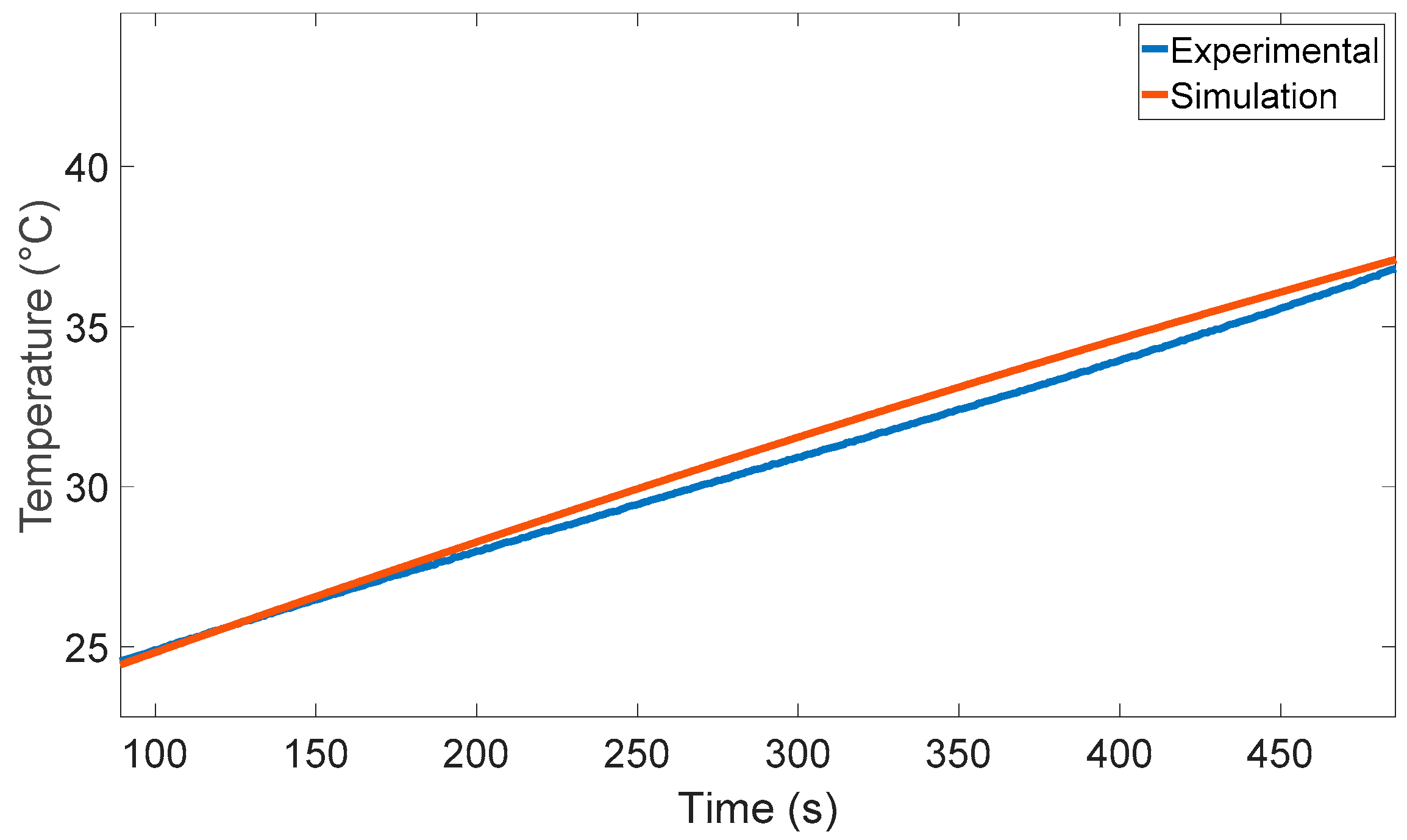 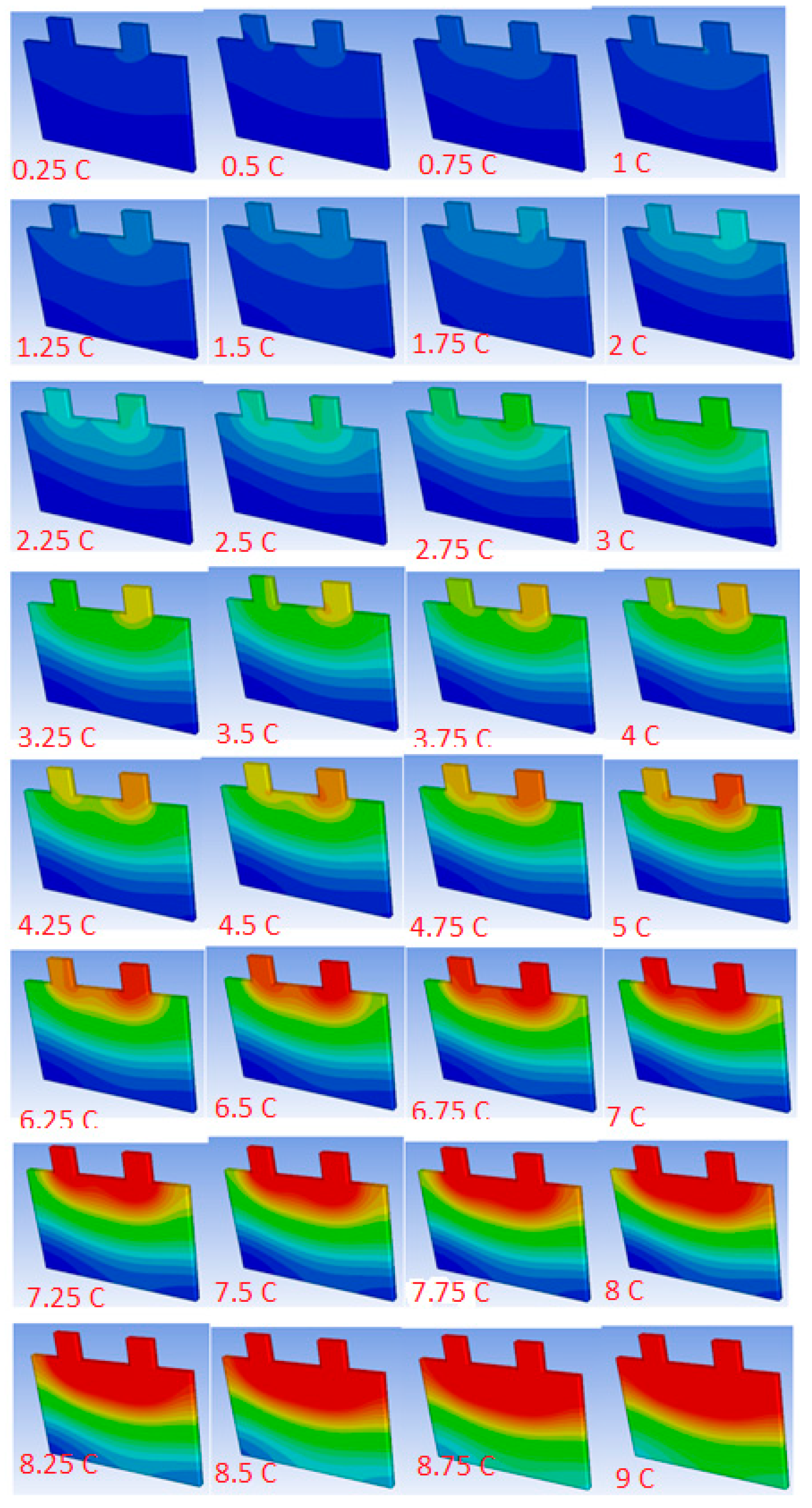 Table 1. Coefficients of fifth order Polynomial.
Table 1. Coefficients of fifth order Polynomial.
© 2019 by the authors. Licensee MDPI, Basel, Switzerland. This article is an open access article distributed under the terms and conditions of the Creative Commons Attribution (CC BY) license (http://creativecommons.org/licenses/by/4.0/).
We use cookies on our website to ensure you get the best experience. Read more about our cookies here.
Accept
We have just recently launched a new version of our website. Help us to further improve by taking part in this short 5 minute survey here. here.
Never show this again