Applications of rechargeable batteries have recently expanded from small information technology (IT) devices to a wide range of other industrial sectors, including vehicles, rolling stocks, and energy storage system (ESS), as a part of efforts to reduce greenhouse gas emissions and enhance convenience. The capacity of rechargeable batteries adopted in individual products is meanwhile increasing and the price of the batteries in such products has become an important factor in determining the product price. In the case of electric vehicles, the price of batteries has increased to more than 40% of the total product cost. In response, various battery management technologies are being studied to increase the service life of products with large-capacity batteries and reduce maintenance costs. In this paper, a charging algorithm to increase the service life of batteries is proposed. The proposed charging algorithm controls charging current in anticipation of heating inside the battery while the battery is being charged. The validity of the proposed charging algorithm is verified through an experiment to compare charging cycles using high-capacity type lithium-ion cells and high-power type lithium-ion cells.
Keywords: battery charging; cycle-life; state-of-health (SOH); battery cycle-life extension battery charging; cycle-life; state-of-health (SOH); battery cycle-life extension

The trend of wider diffusion of mobile electronics, such as mobile phones and laptops, and the increasing demand for high performance devices have led to growth of both the battery industry and the information technology (IT) industry. Consumers need mobile devices that can be used for long periods of time on a single charge, even with short battery charging time. This has motivated research on rapid charging technology and improving the energy density of batteries. Furthermore, the growth of the electric vehicle (EV) market has given rise to the new issue in the battery industry of managing the battery’s state-of-health (SOH). Unlike small mobile devices, which are often replaced within two to three years, EVs are relatively expensive products and their batteries, which generally have a life expectancy of more than eight years, account for the largest cost among all parts. As a result, batteries in the automotive industry must be capable of maintaining battery capacity for a considerable period of time, and many studies have been conducted to manage the battery’s SOH.
The cycle life of batteries that generate electricity through chemical reactions is determined by various external factors [1,2,3,4,5,6,7,8]. First, battery charging operation in low temperature conditions reduces the chemical reaction rate of lithium ions. This causes the accumulation of lithium-ion metals in the anode layer, which reduces the capacity and in turn is directly linked to the battery’s lifetime [1]. Second, high C-rate charging and high depth of discharge (DOD) range result in loss of active material and the formation of a thick layer of solid electrolyte interphase (SEI) at the surface of electrodes. This increases internal impedance and reduces the capacity of the battery [2,3]. Third, overcharge battery operation causes unwanted heating inside the battery. This results in cracking of the SEI and loss of active area inside the battery, which reduces the total capacity of the battery [4,5]. Fourth, over-discharge of batteries also reduces the number of ions participating in electrochemical reaction, which causes capacity loss [4]. Fifth, battery cycle life can be shortened by charging/discharging operation at high temperatures. Electrolytes and the binders of the battery are destroyed during the charging/discharging operation at high temperatures and this reduces the capacity of the batteries [6,7]. In addition to the aforementioned reasons, the battery SOH is affected by various factors and many of these factors are related to the charging conditions. Thus, the aging of batteries can be mitigated by developing the charging algorithm.
Recently, various battery charging algorithms have been investigated to extend the battery cycle life and reduce restrictions on battery use [7,8,9,10,11,12,13,14,15,16,17,18,19]. Most of these studies focused on developing charging algorithms and profiles to reduce the battery charging time by adopting a high C-rate current. One of the most common fast charging algorithms is the CC-CV, constant current-constant voltage, charging method [8,9]. Batteries are charged with constant current until the maximum acceptable battery voltage is reached; after that charging is continued with a fixed charging voltage, and charging is completed when the charging current reaches a preset small value. The multi-stage constant current (MCC) charging method is another well-known fast charging method. Unlike the constant-current charging method, charging current is divided into several levels in the MCC method to reduce the charging time and heat generated inside the battery during charging [8,13]. Generally, the charging current is controlled in a direction where the size of the charging current decreases as the charging time progresses. The constant power (CP) charging method maintains charging power during the charging operation [7]. High charging current is induced at the beginning of charging and it is gradually decreased as the battery voltage increases. The boost charging method is also one of the basic fast charging methods based on the CC-CV charging profile [8,17]. It adopts a high current charging period at the beginning of the CC-CV charging profile to reduce the charging time. Figure 1 shows the various battery charging profiles.
Although various fast charging technologies are being studied through many different approaches to reduce the charging time while minimizing capacity loss, they cannot reflect the characteristics of changes in internal impedance, which depends on changes in state-of-charge (SOC) or SOH. As a result, the battery’s life expectancy, which is determined by the available power rating and total remaining capacity, is rapidly deteriorated with use of the fast charging method. Therefore, the conventional CC-CV charging profiles are still widely utilized in applications where the battery price is a significant factor in relation to the overall price and/or the battery’s characteristics have a significant impact on the performance of the product.
In this paper, the aging characteristics of the battery with use of the CC-CV method are analyzed and a new charging method that minimizes battery degradation is proposed. The proposed method controls the charging current by considering the difference in internal impedance caused by SOC changes in order to minimize the heating of the battery during charging. To verify the effectiveness of the proposed charging method, the battery aging characteristics when the proposed charging method is applied are compared with those observed with use of the CC-CV method.

Various physical and chemical changes occur within the battery as battery cells age [20,21,22,23,24,25]. Physically, the structure of electrodes is changed and this reduces the capacity of the battery; chemically, the loss of active material causes capacity reduction, and unwanted chemical reactions within the electrolyte prevent circulation of internal active ions. These aging characteristics typically result in a change in electrical properties, such as reduced capacity of the battery or increased internal resistance (Rint.), which in turn undermines the output power characteristics of the battery.
Figure 2 shows the conventional equivalent circuit model (ECM), which is widely used in the electrical analysis of batteries. SOH estimation using the ECM offers the advantage of a relatively simple calculation while expressing the change in characteristics of the battery. The characteristics of batteries are explained in the ECM by the open circuit voltage (OCV), which represents the battery capacity, the internal ohmic resistance (Ri), which denotes the resistance of the electrolyte, and the internal diffusion resistance (Rdiff.)–capacitance (Cdiff.) network, which represents the charge diffusion/transfer characteristics. The applied voltages to Ri and Rdiff.-Cdiff. network are represented as Vohmic and Vdiff., respectively. VBATT in Figure 2 shows the voltage across the terminals of a battery. The characteristics of batteries that vary with the SOC and SOH can be expressed through changes in the internal resistance, which is determined by the sum of Ri and Rdiff., and capacitance values in the ECM [20]. Therefore, for accurate prediction of the operating characteristics and SOH of batteries using the equivalent circuit model, it is necessary to clearly identify the variation in the internal resistance parameters according to the condition of the battery and to measure the parameters of the equivalent circuit periodically. Figure 3 illustrates the hybrid pulse power characterization (HPPC) method for measuring the resistances in the ECM. The HPPC method obtains the internal parameters of the ECM by monitoring the change in the internal voltage of the battery while varying the charge current and discharge current within the range of operation of the battery [26,27].

3. Effect of Internal Heat on SOH of Batteries

5. Experimental Configuration of the Proposed Algorithm

This research was supported by a grant from the R&D Program (No. PK1904B1C) of the Korea Railroad Research Institute, Republic of Korea. 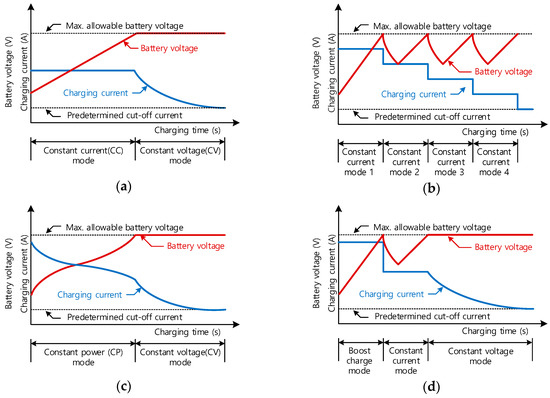 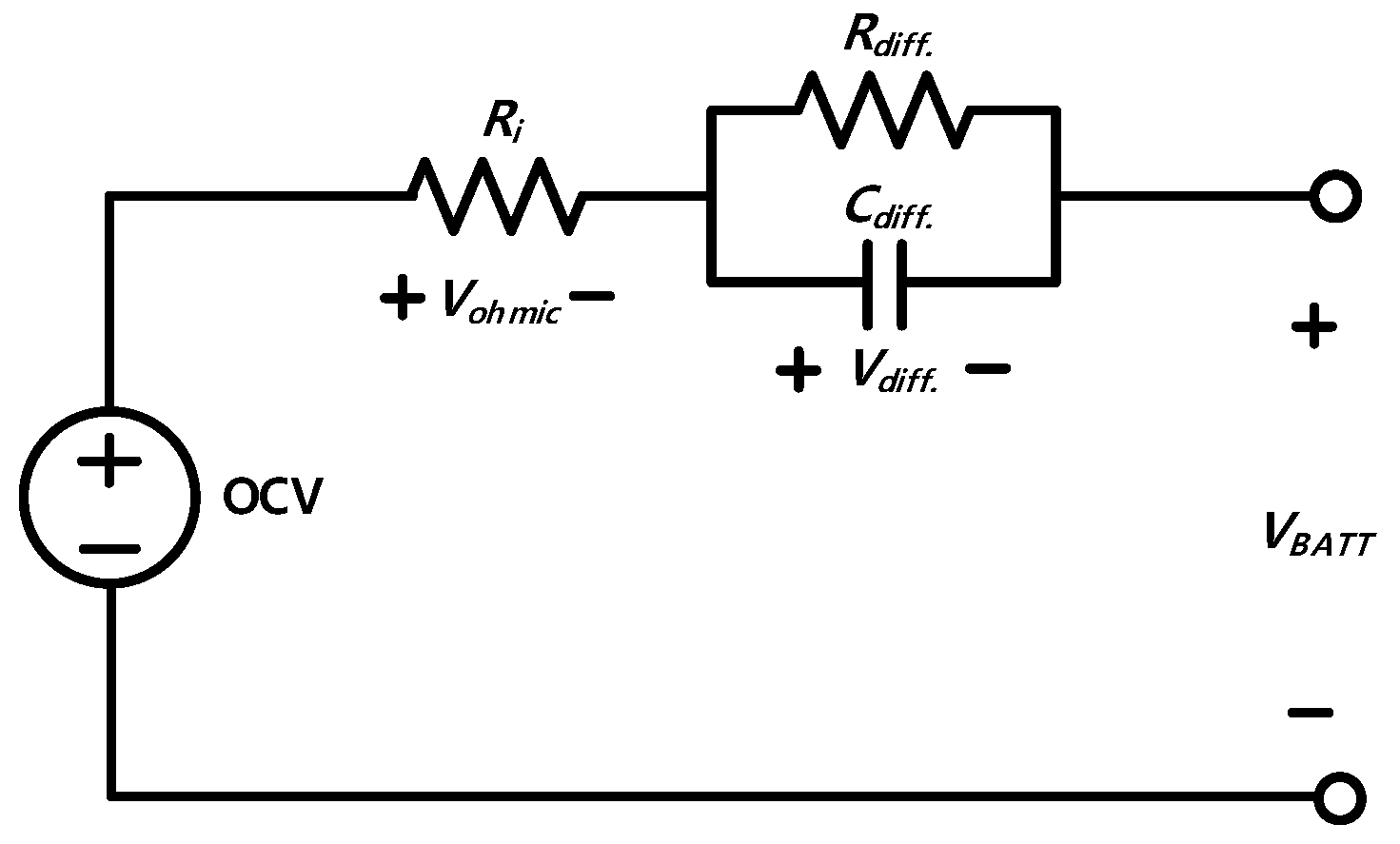 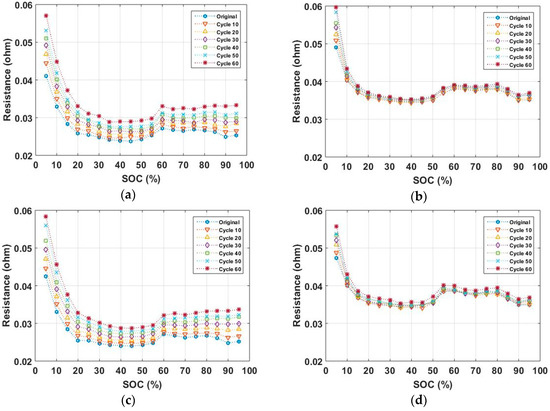 Table 3. Comparison of the capacity degradation rate.
Table 3. Comparison of the capacity degradation rate.
© 2019 by the authors. Licensee MDPI, Basel, Switzerland. This article is an open access article distributed under the terms and conditions of the Creative Commons Attribution (CC BY) license (http://creativecommons.org/licenses/by/4.0/).
We use cookies on our website to ensure you get the best experience. Read more about our cookies here.
Accept
We have just recently launched a new version of our website. Help us to further improve by taking part in this short 5 minute survey here. here.
Never show this again