On the Effectiveness of the Abatement Policy Mix: A Case Study of China’s Energy-Intensive Sectors

For a gas–solid–liquid coupling model of coal seams, previous permeability models basically supposed uniaxial strains as the boundary condition for coal reservoirs without considering the deformation caused by changes in humidity. The permeability model varies under different boundary conditions. According to the true triaxial stress state of coal reservoirs, a permeability model considering the effective stress, sorption and desorption, and wet strain was established. Based on the permeability model, the continuity equation of gas and water and the stress field equation were coupled. Then, the model was incorporated in the COMSOL suite to simulate gas drainage from boreholes in floor roadways passing through seams in a coal mine. By comparing with the measured gas flow on site, the model was verified as being reliable. Moreover, the spacing and layout shape of boreholes in floor roadways were simulated. To achieve the aim of eliminating regional outburst within 180 days and decreasing the number of boreholes so as to reduce the cost, the spacing and shape of boreholes were optimized. When the superimposed effect of the boreholes was not considered, the optimal spacing of boreholes was r; if the superimposed effect was taken into account, the spacing could be set to within r ≤ L ≤ R, where r and R represent the effective gas drainage radius and the influence radius of gas drainage, respectively. The borehole spacing could be appropriately increased when the boreholes were arranged in rhomboidal form. To achieve the same range of outburst elimination, the rhomboidal layout can decrease the number of boreholes to reduce cost, thus realizing the objective of this optimization process. View Full-Text
Keywords: permeability; coalbed methane drainage; coupling model; gas drainage borehole permeability; coalbed methane drainage; coupling model; gas drainage borehole
►▼ Show Figures 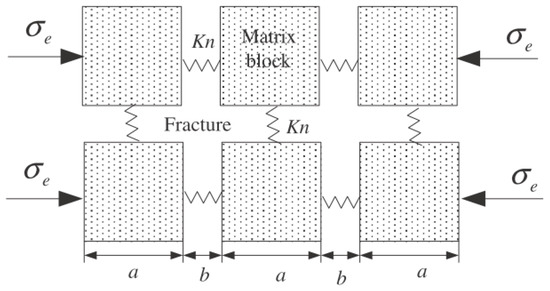