To derive the supply and demand issues during the first phase of the Korea Emission Trading Scheme (KETS), we investigated the excess or shortage, and the carry-over inflow of carbon emission permits for all of the domestic industries and major corporations. In particular, this study explored the supply and future prospects of offset credits, as well as the allocated permits, by forecasting the inflows of offset credits using the amount of certified reduction in domestic boundaries and overseas sources. We observed both the supply and demand of permits and changes in carbon dioxide (CO2) emission levels during the first phase (2015–2017) by comparing the estimated emission levels and the total permit supply. The results showed that permits were either in surplus or insufficient, depending on the sub-sector, and that a surplus in the supply of permits would occur if companies do not carry over more than 70 million tons of permits to the next period.
Keywords: Korea Emissions Trading Scheme (KETS); offset credits; allocated allowances; supply-and-demand analysis Korea Emissions Trading Scheme (KETS); offset credits; allocated allowances; supply-and-demand analysis

2. Forecasts of Emission Permits during the First Phase

3. Analysis on the Offset Credit Influx

All of the offsets issued to the project owner have a unique serial number and are listed in the registry to monitor ownership transfer or offset withdrawal. Credits are issued after the offset projects are validated, verified, and passed through other required processes. Generally, the process of issuing offset credits is completed through the following procedures: pre-feasibility study, project implementation, certification, and issue of emission permits. Reduction credits issued in the registered offset project can be traded in Korean offset credits (KOC) or Korean credit units (KCU). From the companies’ perspective, it usually takes a considerable amount of time to issue offset credits. For example, for the Clean Development Mechanism (CDM) project, it took a maximum of 10 months to register the project and about six months from the end of monitoring to issuing the mission credits (Figure 4). The x-axis in both graphs shows the timeline for Korea; no CDM applications occurred since 2014 because KETS also operated an independent offset management system. Currently, only CDM projects and offset projects within Korea can be used in KETS.
KETS recognizes the offset credits that are generated through domestic CDM projects as external reduction credits. All of the reduction credits issued from outside the KETS boundary (KOC), and issued in Korea until the present, are the conversion of CER generated in the domestic CDM projects implemented in the past. KOCs have been flowing onto the market since the offset certification committee held in April 2015, and the total amount of certified reductions from 2015 to January 2017 is about 15.6 million tons (Figure 5).
The project types that received the highest level of certifications are nitrous oxide (N2O) reduction in chemical processes and sulfur hexafluoride (SF6) reduction in display manufacturing processes (Figure 6). Although a large number of new and renewable energy-type businesses are registered, only about 1.9 million tons, or 14% of the total, of KOC were successfully issued. This is because new and renewable energy type projects have received fewer certifications per project when compared to GHG reduction projects. Additionally, if a renewable energy project is used in the renewable portfolio standard (RPS) project, the reduction will not be duplicated as reduction credits.
Figure 6 shows the companies that applied for the issue of reduction credits by enterprise type. Consulting agencies account for the greatest share of reduction credits among the four enterprise types. Some of the private consulting companies mainly received certified reduction credits for many projects. Furthermore, allocated companies, non-allocated companies (e.g., trading companies, financial institutes, and consulting companies), and public institutes received reduction credits of 27%, 34%, and 39%, respectively. Most reductions were triggered by offset projects administrated by non-allocated companies, including public institutes, by reducing N2O. Many of the GHG reduction projects are administrated and funded by public institutes or specialized consulting agencies, therefore, many certified emission credits are given to those investors and not to the companies that were actually emitting GHGs.
Figure 7 shows the estimates for the number of effective reduction CDM projects and their potential reductions. As shown in Figure 7, even if all of the reduction credits of the effective projects are issued, the offset credits expected to flow into the market will be somewhat limited. Regarding project numbers, the registered CDM projects in Korea increased sharply from 2006 to 2015, but are expected to gradually decline after peaking in 2015. This implies a sufficient market supply of reduction credits through CDM projects should not be expected. Particularly, from the third compliance period, the reduction credits issued by domestic CDM projects are expected to decline by more than 90% as compared to the first phase.
One possible reason for the insufficient market supply of reduction credits through the CDM projects is companies’ self-consumption. The project with the largest reduction potential among domestic CDM projects is a non-CO2 reduction project in a chemical, display, or semiconductor process. Since most of these projects are owned by companies that are subject to the allocation of emission permits, the offset credits issued by the project are more likely to be used to fulfill their obligations than to be sold to other companies. Moreover, some of the reductions to be credited in the future can be sold before issuance under forward contracts. For example, one anonymous chemical company listed on the Korea Stock Exchange is known to have a three to five year forward contract with other companies for the reduction credits to be issued by a N2O reduction CDM project, and the company discloses the transaction through the Electronic Disclosure System (DART) at each permit transaction.
If the amount of offset credits from the new emission reduction projects outside the cap boundaries is larger than the decrease in the offset credits issued through an existing CDM project, the net issue volume increases. However, when considering the current situation of the reduction projects, an increase in net issue is not expected to be easy. According to data from one consulting agency (Table 7), 170 projects were registered as reduction projects outside KETS, but the annual reduction potential of these projects was only 0.110000 million tons (0.000645 million tons per project). This implies that registering new reduction projects outside KETS is difficult, which mitigate large amounts of GHG emissions.
In addition, when considering the prospect of offset credits issue through CDM projects, and the registration status of new reduction projects outside the cap boundaries, among others, the circulation quantity of offset credits is not expected to be issued up to the maximum offset usage limit as a whole. In this case, the offset credit transactions are likely to proceed with a similar price level to the assigned permit price, and the price fluctuation might not be large due to a lack of liquidity.

The Korean government established a mid- to long-term plan to reduce GHG emissions by 37% from the emission levels of business-as-usual (BAU), by 2030. The KETS is the one of the major policy responses to climate change in Korea. Specifically, the Korean government introduced ETS, the world’s second-largest carbon trading market, in 2015. However, the performance of the KETS in the first year (2015) was not as expected: only 525 allocated companies in 23 industries were involved, and the total traded permits were only 0.8% of the total quantity of pre-allocated allowances, for a total of 543 million tons. We presume that this lack of trading liquidity occurred because 2015 was the first year for compliance. A company tends to observe how the ETS works and waits to determine whether to trade their permits. Similarly, EU companies did not actively participate in ETS during the first year of implementation.
In the new climate era, numerous countries, including Korea, are making efforts to reduce GHGs by introducing and managing ETS. To continuously reduce GHG emissions through the successful operation of the domestic carbon trading market, research on the supply and demand of emission permits and forecasts on emission permits are important. Thus, focusing on the first phase (2015–2017) of the KETS, we analyzed the actual emission levels for major industries, and found a shortage of emission permits in the power generation and energy sector, whereas the steel industry had a relatively sufficient number of permits. Additionally, assuming an influx of offset credits, we analyzed the changes in the demand of emission permits as the non-market supply increases by setting the increase or decrease rate of emissions based on the 2015 emission levels, and calculated the future excess or shortages of permits. KETS is mainly and currently focused on a shortage of permit supply, since at least 37% of BAU emissions are proposed to be cut by 2030, which is far beyond the sustainable reduction level of the regulated parties. Therefore, we consider a liquidity control system, such as the market stability reserve (MSR) operated under the EU-ETS, as a large carry-over to the next compliance period as likely.
The goal of this paper was the phenomenological analysis of the supply and demand of permits, not government intervention. However, this paper has important implications for ETS policymakers by providing a guideline on how to react to market imbalances due to excess or insufficient permits on the market. Currently, Korea does not have a specific scheme, like the EU-ETS MRS system. Thus, this study provides an analysis platform to guide the government in intervening in the market through analyzing supply and demand. For example, if an undersupply exists, policymakers might be forced to consider providing incentives to firms to not carry-over their permits to the next compliance year to prevent liquidity problems. Conversely, if permits are oversupplied, policymakers should consider resolving the oversupply problem by not discouraging abatement efforts by firms. Subsequent studies could design how the market would efficiently work under given trading liquidity or the MSR scheme, when abrupt liquidity problems cause distortions for permit prices.

We would like to express our sincere gratitude to the anonymous referee for his/her helpful comments that will help to improve the quality of the manuscript. We thank Jinhyo Kim, The ITC (International Trade Consultant), Seoul Case law in Korea for sharing valuable data and contribution during the project funded by GIR. 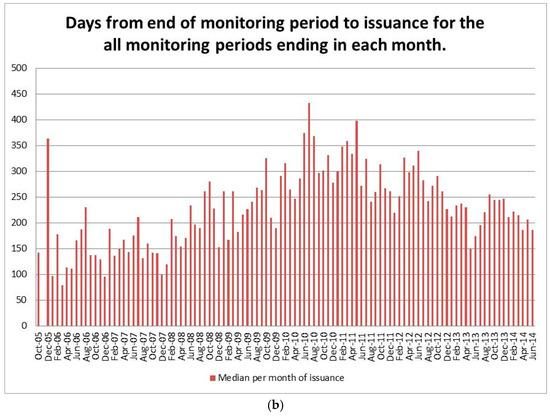 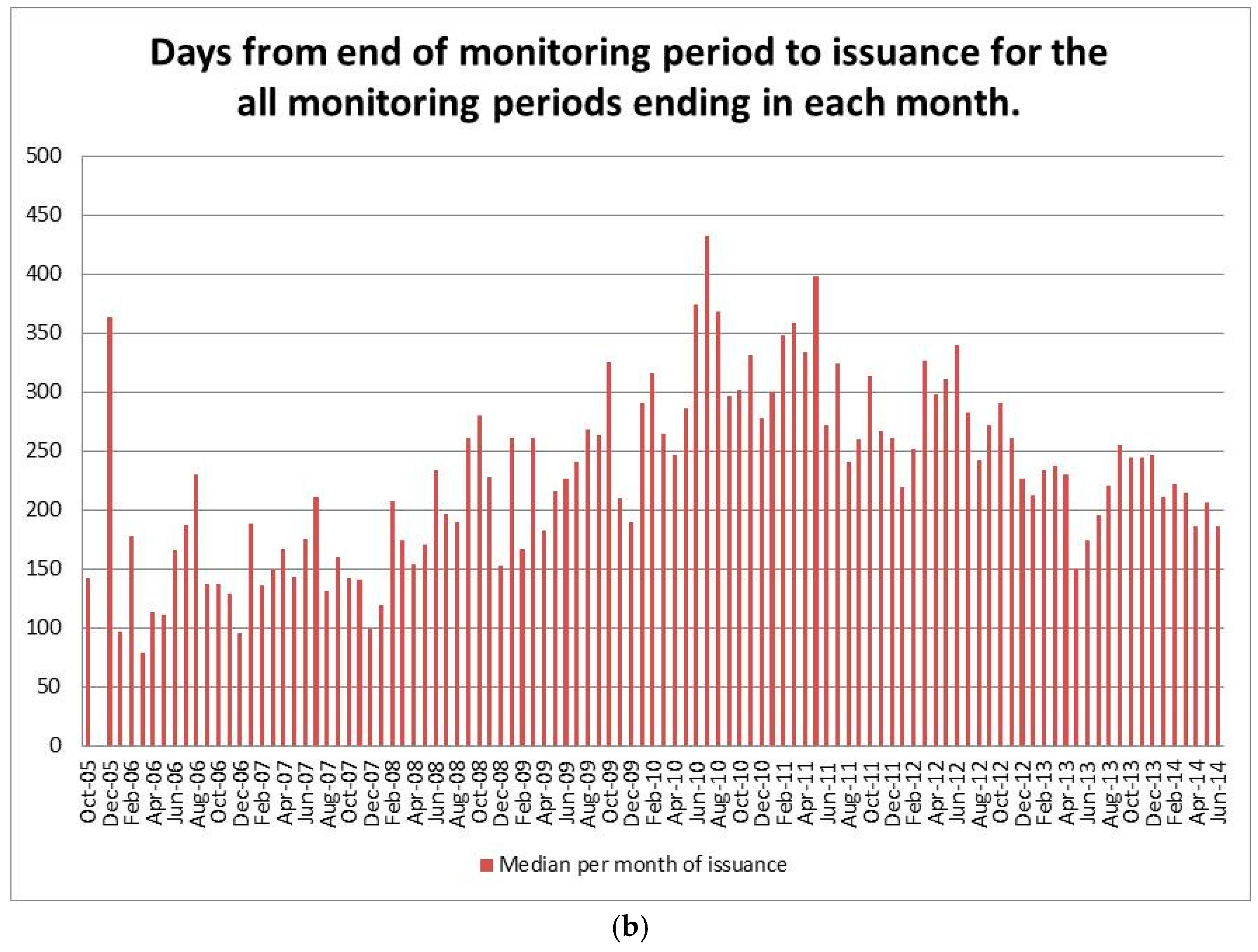 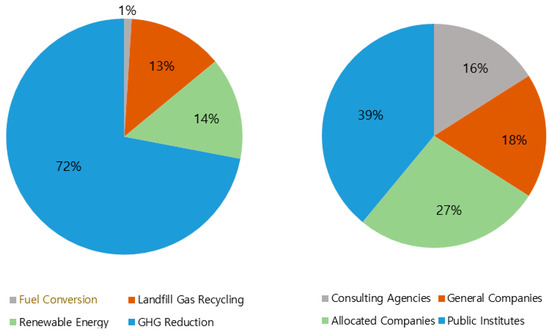 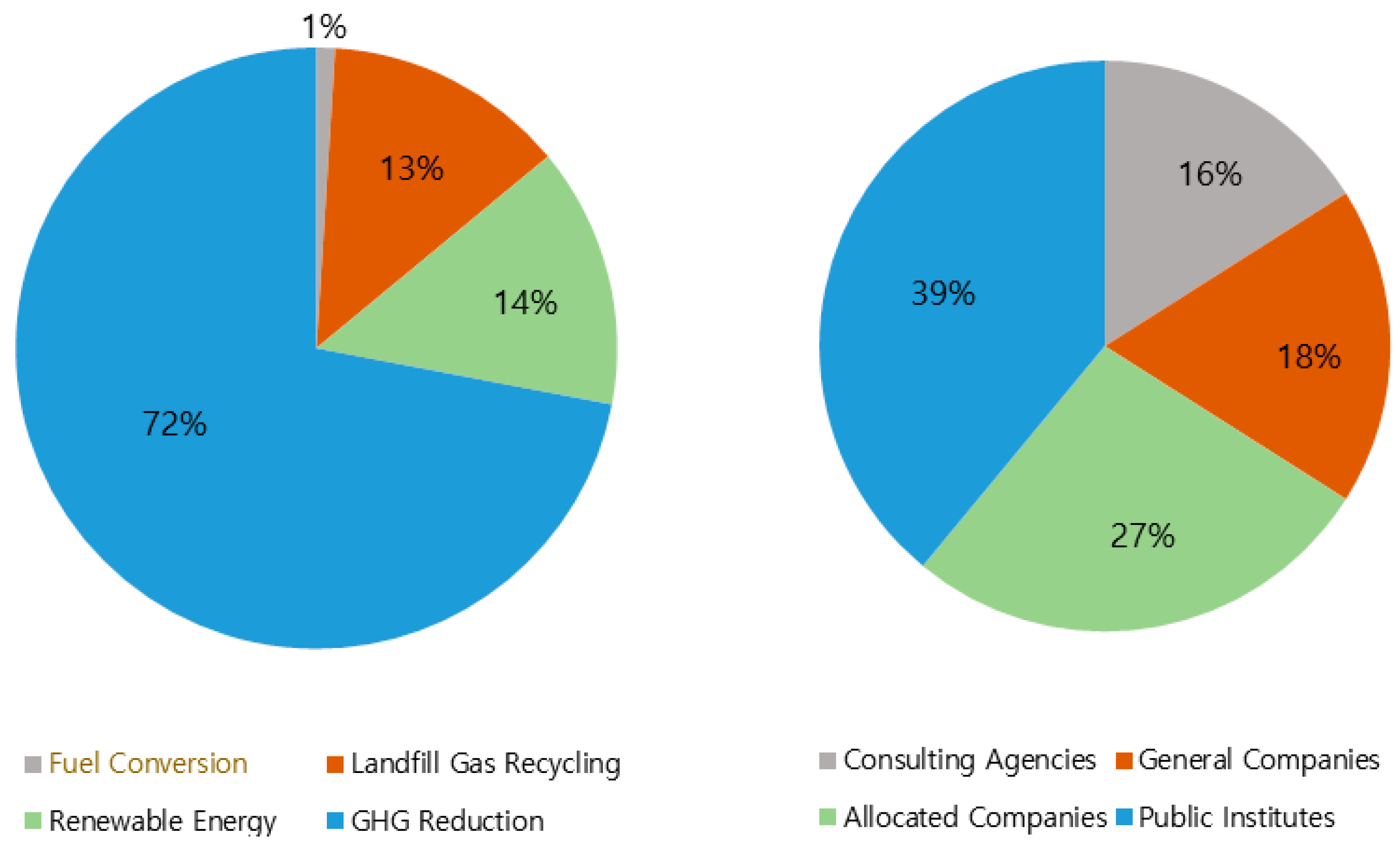