Comparative Study of Short-Term Efficacy and Safety of Mitomycin versus Lobaplatin for Hyperthermic Intraperitoneal Chemotherapy after Radical Surgery in Colorectal Cancer with High-risk Factors for Peritoneal Carcinomatosis: A Propensity Score Matching Analysis

:
Background: The drug selection of radical surgery (RS), with hyperthermic intraperitoneal chemotherapy (HIPEC), in pT4 colorectal cancer (CRC) remains controversial. Methods: Adverse events after HIPEC were estimated by common terminology criteria for adverse events version 5.0. The efficacy was evaluated using overall survival (OS) and recurrence-free rate (RFR). Propensity score matching (PSM) was used to reduce the influence of confounders between Mitomycin and Lobaplatin groups. Results: Of the 146 patients, from April 2020 to March 2021, 47 were managed with mitomycin and 99 with lobaplatin. There was no significant difference in the incidence of all adverse events between the two groups after PSM. OS and RFR were not significantly different between the two groups at 22 months (p = 0.410; p = 0.310). OS and RFR of the two groups also showed no significant difference for patients with T4a or T4b stage, tumor size < or ≥ 5 cm. Among patients with colon cancer, RFR at 22 months of the two groups was significantly different (100.0% vs. 63.2%, p = 0.028). Conclusions: In summary, the safety of mitomycin and lobaplatin for HIPEC was not different. Compared with lobaplatin, mitomycin for HIPEC after RS could benefit patients with colon cancer in RFR.
Keywords:
hyperthermic intraperitoneal chemotherapy; colorectal cancer; mitomycin; lobaplatin; propensity score matching

At present, the proportion of early diagnoses of colorectal cancer (CRC) in China is only 5–10%. Most CRC are found in the advanced stage or even end-stage [1]. The prognosis of CRC with peritoneal metastasis is poor, and the median OS of its natural course is only 5–7 months [2]. There are several reports confirming that hyperthermic intraperitoneal chemotherapy (HIPEC) can clear and kill free cancer cells in the peritoneal cavity, which can be used as an effective adjuvant treatment for preventing peritoneal metastasis after surgery of advanced peritoneal tumor [3,4,5,6,7]. There were studies [8,9,10,11,12] that reported that advanced stage, tumor perforation, completeness of cytoreduction, histologic type, tumor location, and nodal stage associated with peritoneal metastasis from CRC. Patients with T4 CRC have a 3-year disease-free survival (DFS) rate of only 58% to 72% after curative surgery and regular adjuvant therapy [13,14]. Meanwhile, studies have shown that the rate of peritoneal metastasis is as high as 15% to 36.7% at 3 years after surgery in T4 CRC [10]. How to effectively prevent the recurrence and metastasis of T4 CRC is the hotspot and difficult point of current research.
To improve patients’ survival and quality of life, positive intraperitoneal treatments, including radical CRC surgery and HIPEC, have been introduced in many reports [15]. However, according to some clinical studies, whether adjuvant HIPEC in T4 CRC improves overall survival and peritoneal metastasis-free survival is still controversial [16,17]. For T4 CRC, there are no clinical guidelines that provide standardized drug treatment procedures for adjuvant HIPEC. HIPEC has a large variety of drugs, and issues such as dose, timing, and drug combinations are inconclusive so far. The standardized clinical application of HIPEC medication becomes an urgent critical issue. [18] Thus, it is important to investigate the safety and efficacy of different chemotherapeutic agents used for HIPEC treatment of CRC, in order to improve the survival rate and the quality of survival of patients with advanced CRC.
Therefore, this retrospective cohort study aimed to investigate the safety and efficacy of drug selection for tumor radical surgery combined with adjuvant HIPEC in patients with T4 CRC. To provide a safety and feasibility reference for future large-scale development of treatment and randomized controlled trials (RCT).

We reviewed the database of phase II prospective RCT (NCT04845490). Hospital records of patients diagnosed with T4 CRC treated with radical surgery (RS) combined with HIPEC from April 2020 to March 2021 in Union Hospital, Tongji Medical College, Huazhong University of Science and Technology were obtained from the RCT database. To be included, study subjects were supposed to satisfy the following criteria: (1) It was confirmed by postoperative pathology as advanced colorectal adenocarcinoma (pT ≥ 4), (2) No distant metastasis was found before the operation, (3) Drugs used for HIPEC were mitomycin or lobaplatin and (4) Patients with rectal carcinoma is above the peritoneal reflection. MRI and colonoscopy before the operation showed that the distance from the lower edge of the tumor to the anal margin was at least 7cm (above the peritoneal reflection). Exclusion criteria were designed as followed: (1) Patients with incomplete clinical and pathological data, (2) Tumor metastasis was found during operation, (3) Patients had a history of other malignancies within 5 years, (4) emergency surgery due to perforation, ileus, etc. This retrospective study was approved by our institutional review board and the patients’ information and privacy should be closely protected. Institutional ethical approval (2020) LUNSHENGZI (0450) was received for the study with informed consent. All study subjects gave full and informed consent to participate in the retrospective study.
The patients were divided into two groups: the mitomycin group and the lobaplatin group according to the drug they received during HIPEC treatment.

Follow-up data were collected from the outpatients’ visits. Patients were followed up every three months during the first two years after surgery. Routine blood tests, liver and kidney function, tumor markers, chest, abdominal and pelvic CT examination should be performed in outpatient reexamination. According to the specific situation of patients, MRI, gastroscopy, endoscopy, and other examinations were chosen.
The evaluation of effectiveness includes the following aspects: (1) tumor efficacy indicators include tumor recurrence (location and time), metastasis (location and time), and death (cause and time), (2) Overall survival (OS): refers to the time from the beginning of initial diagnosis to death due to any cause or the end of follow-up. (3) Recurrence-free rate (RFR): the time from RS until the patient’s recurrence (local and peritoneal recurrence) or last contact and the time point of progression was the date of the first detectable new lesions.

None of the patients included in this study received neoadjuvant therapy or radiotherapy. All patients had been informed about the operation procedure and HIPEC therapy due to their cT4 preoperative staging and voluntarily signed an informed consent form for the procedure. The HIPEC was implemented immediately after RS. Adjuvant HIPEC was conducted according to the formal standards and specifications of the clinical application of HIPEC in China, constituted by the Peritoneal Surface Oncology Committee of the China Anti-Cancer Association [19]. Clinicians adopted the open or laparoscopic surgical approach and performed radical resection of CRC (resection of the corresponding colon and rectum plus regional lymph node dissection, including the paraintestinal, middle, and mesorectal root lymph nodes), following the principles of mesorectal excision and the principles of tumor free operation, and the surgical code was referred to Chinese protocol of diagnosis and treatment of CRC (2020 edition) [1]. Intraoperatively, two perfusion tubes (inflow tube) and two drainage tubes (outflow tube) were placed through the abdominal wall. The extracorporeal circulation pipes were connected to the HIPEC machine (BRTRG-I, Bright Medical Tech, Guangzhou, China) (Figure 1). The perfusion flow rate was 400 mL/min, the perfusion time was 90 min for mitomycin (35 mg/m2) and 60 min for lobaplatin (35 mg/m2), the perfusion bag was filled with normal saline 2L/m2, and the perfusion temperature was (43 ± 0.5)°C. Postoperative adjuvant chemotherapy was started 3–4 weeks after HIPEC, and patients with poor physical condition were appropriately extended, but at the latest, it should not exceed 8 weeks after surgery. The chemotherapy regimen was decided by clinicians according to the pathological stage, molecular classification, risk factors, referring to NCCN guidelines (2018) [20]. XELOX or mFOLFOX6 regimen was preferentially recommended.

IBM SPSS Statistics v26.0 (IBM, Northridge, CA, USA) software was used for statistical processing and GraphPad prism v8.0 software was used for mapping. Classification data were expressed as percentages, continuous data as mean or median, and survival data as Kaplan–Meier curves. The measurement data in accordance with the normal distribution were expressed as mean ±SD and Student’s t-test was used for comparison between groups; the counting data were expressed as (%) and the comparison between the groups was performed by the χ2 test. Propensity score matching (PSM) was used to reduce the influence of these biases and confounding variables so as to make a reasonable comparison between groups. PSM was conducted on the basis of 15 clinically relevant variables in Table 1. The quality of the matching was assessed by absolute standard differences, with a value <5% considered as not significant. Bilateral p < 0.05 means the difference is statistically significant.

The study was conducted in accordance with the Declaration of Helsinki, and approved by the Ethics Committee of Tongji Medical College, Huazhong University of Science and Technology ([2020] LUNSHENGZI (0450)/No: UHCT-IEC-SOP-016-02-03, approved on 10/15/2020).

The study was approved by the institutional review board at each participating site. The data are anonymous, and the requirement for informed consent was therefore waived.

The original anonymous dataset is available on request from the corresponding author.

My sincere appreciation also goes to the teachers and students from Department of Gastrointestinal Surgery, Union Hospital, Tongji Medical College, Huazhong University of Science and Technology, who participated this study with great cooperation. Moreover, I would like to thank my girlfriend, QianYun Li, for her encouragement and support. 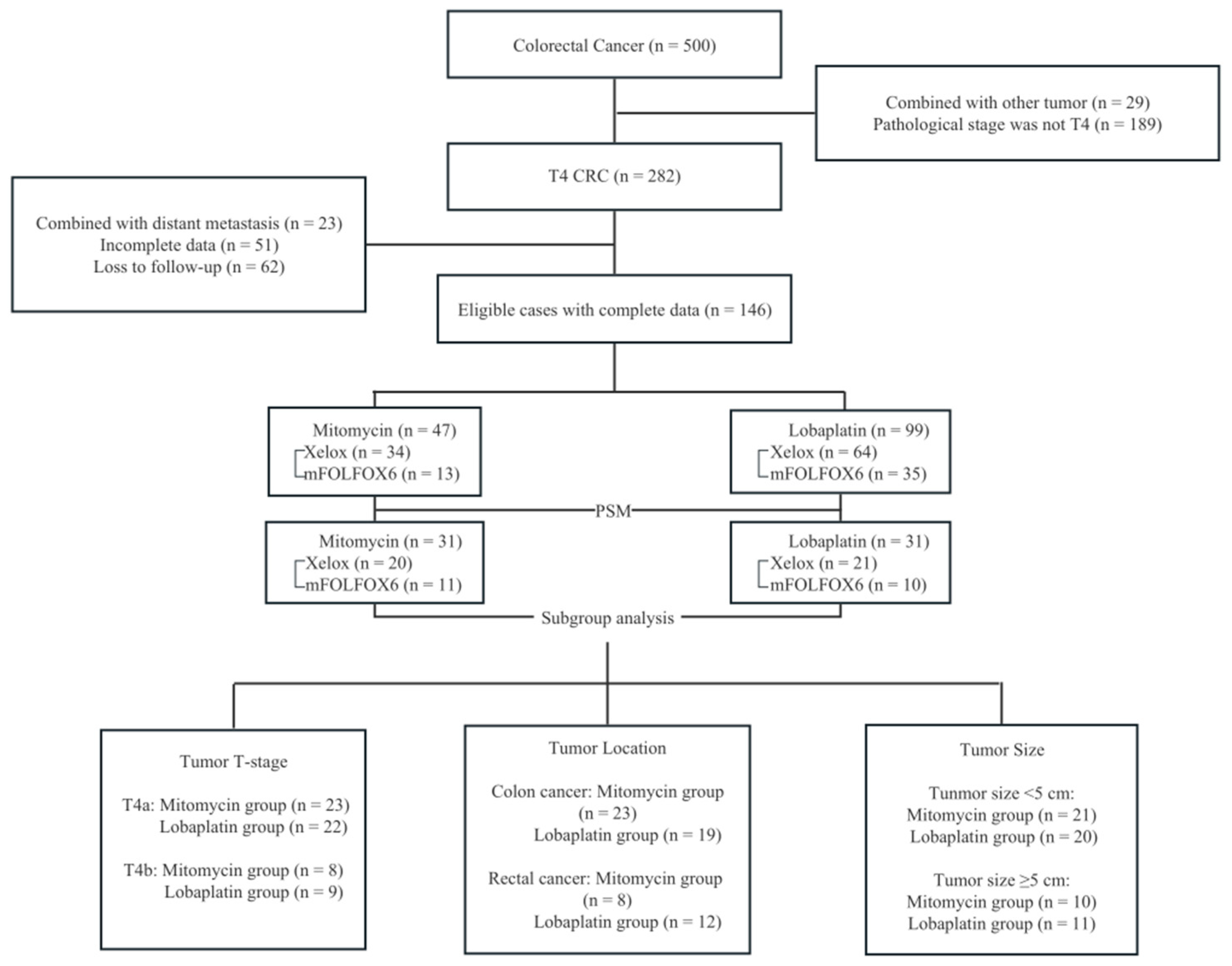