Bioavailability and Uptake of Lead by Coffeeweed (Sesbania exaltata Raf.)

Soil is an essential natural resource for support of human life; but with time, its degradation has been constantly increasing due to the deposition of pollutants. The background concentration of metals in virgin soil depends primarily on the bedrock type from which the soil parent material was derived [1]. In addition, anthropogenic inputs may increase metal concentrations, especially in highly industrialized parts of the world producing rare and heavy metals [2]. Until recently, most studies concerning soils related to plant nutrition, with most studies published overseas.
In the particular case of Mexico, one of the environmental problems that require immediate attention is that of metal contaminated soils [3]. Due mainly to industrial activity in recent years, the deposition of a variety of elements in the natural environment has increased. As a result, the concern over water contaminated from human activities has also increased [4]. This concern takes into account a variety of elements referred to in the scientific literature as toxic metals. These metals might be found in waste materials, which in the future will likely be incorporated to the soil resource. The final outcome is an accumulation in the biota, followed by a transfer to humans through the food chain, and causing a potential risk to human health [5, 6]. According to the USDA [7], the accumulation of heavy metals in soil is toxic for humans as well as animals in general.
In agricultural areas, the addition of metals into the system is primarily due to commercial fertilizer applications [8], organic manures [9–11], sediments produced by wastewater [12], irrigation water from industrial and urban areas [13] and atmospheric deposition [14,15]. Still, these results are controversial after researchers like Takeda et al. [4] who did not find an increase of elements in soils with the application of soil amendments and Adeli et al. [16] who concluded that broiler litter application did not threaten the ecosystem. Regardless, once in the soil, contaminants may be further transported throughout the soil profiles to groundwater.
Holmgren et al. [17] created a database after analyzing 3,045 soil samples collected from 307 soil series in the United Sates and found differences between land regions. Dudal et al. [18] calculated the influence of some environmental parameters such as residue incorporation, soil temperature and soil events over the quantity of metals that the organic matter could hold. They found that high precipitation events might be responsible for transferring metals held in the soluble organic matter. In other study, Cuevas and Walter [19] concluded that the mobility and bioavailability of heavy metals were factors that depended largely on physical and chemical soil characteristics. Also, the mobility of metals in soil depended not only on its concentration, but it was affected by soil properties, metal properties and environmental factors [20]. The latter factors are related to processes such as adsorption-desorption, occlusion, and precipitation reactions [21]. Therefore, the metals in soil may accumulate in different forms [20] and are the foremost factors impeding the soil microbial process [22].
Ejido Tabalaopa, an area near the city of Chihuahua, has been producing crops and irrigating the land with water from the Chuviscar River. This river, a tributary of the Río Conchos, contains the wastewater of the city of Chihuahua, a city which has grown in terms of industry and includes a very dynamic human population. Several studies like those of Gutierrez et al. [23], Rubio et al. [24], Holguin et al. [25] and Gutierrez and Borrego [26] reported heavy metal concentrations in the water of the Rio Conchos; thus, we expected contamination of the soil resource being irrigated with this water. Yet, in the Tabalaopa area, there is no information concerning the level of soil contamination as an outcome of wastewater irrigation. The objective of this study was to determine the level of contamination from heavy metals, in four types of soil and at three soil depths. The results offer an overall assessment of the contamination degree of the soil due to irrigation with wastewater. It is also an attempt to understand the accumulation of some elements in soil that are not biodegradable and immobile [27] and its possible transfer to the food chain and persistence in the environment as a whole.

The study was conducted during 2006, within Ejido Tabalaopa, an area of 1,094 ha located near the southeastern part of the city of Chihuahua, Mexico. The soil was an Orthid Aridisol with well developed pedogenic horizons, low organic matter in the virgin soil, and dry more than six months a year. An ejido is a community where Mexican law has established that the land must be used collectively or shared. The Ejido Tabalaopa was traditionally used to grow various crops, among them vegetables, until 1996, and using wastewater from the city of Chihuahua to irrigate the land. In 1996, the production of vegetables or any edible crop using wastewater irrigation throughout Mexico was prohibited. At present, this agricultural area is producing different sorts of forage for cattle production and some irrigated land has been abandoned.
Our study area was divided into four zones; a zone having soils with a past and present history of wastewater irrigation (S1), a zone with a history of wastewater irrigation until 2003 (S2), a soil with no irrigation history (S3), and a soil similar to S1 and adjacent to the river where the wastewater is transported (S11). This division was performed using the geographic package Idrisi Kilimanjaro. Using the map included in the package, a total of fifty points were randomly selected resulting in 18 sampling points for S1, 12 sampling points for S11, 10 sampling points for S2 and 10 sampling points for S3. At the Tabalaopa stakeholder′s office, using Autocad software, each site was properly located. At each point, three composite soil samples were taken at 0–15, 15–30, and 30–50 cm depths. Hence, fifty-four soil samples were taken in S1, 36 soil samples in S11, 30 soil samples in S2 and 30 soil samples in S3, totaling 150 soil samples.
The soil was collected in plastic bags and transported to the lab. The samples were dried, ground and passed through a 0.355 mm sieve to remove rocks, roots and any larger particles. The digestion of the soil samples was accomplished with aqua regia following the Analysis protocol of Canada (MAF). The metal concentrations were determined using an Inductively Coupled Plasma-Optical Emission Spectrometry (ICP-OES) Perkin Elmer 2100. The pH and EC values were determined by a saturated paste using a standard glass electrode for pH (Hanna) and a conductivity meter for EC (Hanna). The OM was calculated following the standard methodology. Soil texture was calculated using the Boyoucous method. The statistical model included the zone as factor A with four levels (S1, S2, S3 and S11) and the soil profile as factor B with three levels (0–15, 15–30 and 30–50 cm).

The analysis demonstrated that among the variables, soil type was the only showing a statistical difference, which indicates that the resulting concentrations can be largely explained by the type of irrigation the soil had at the time. It was noted that concentrations of nickel, chromium, copper, iron and boron concentrated in deeper soil layers while potassium, sodium, cadmium, and lead showed the opposite effect.
In areas where elements were expected to be present in lesser concentrations as in the case of S3, the opposite effect was observed with respect to S1, S11 and S2. Instead, sodium, cadmium, chrome, iron and boron, showed higher concentrations in S3, which is contradictory to the established hypothesis for being an area lacking in irrigation. This may be explained by natural concentrations of said elements or, in the case of cadmium, by airborne contamination from the Avalos smelter. It was also noted that organic material is an important variable and that it can influence the mobility of metals in those areas where high concentrations such as S1 and S11, which coincide with constant irrigation. Clearly, the area has been constantly exposed to certain health hazardous metals. More attention is recommended, even though at this time a wastewater treatment plant has been built and part treated water is used to irrigate the crops. Still, residual water is used for forage irrigation, and this practice could generate illnesses in the population near the study area.

We are deeply grateful with the National Committee of Science and Technology of Mexico (CONACYT) which provided a grant for carrying out the research reported here. 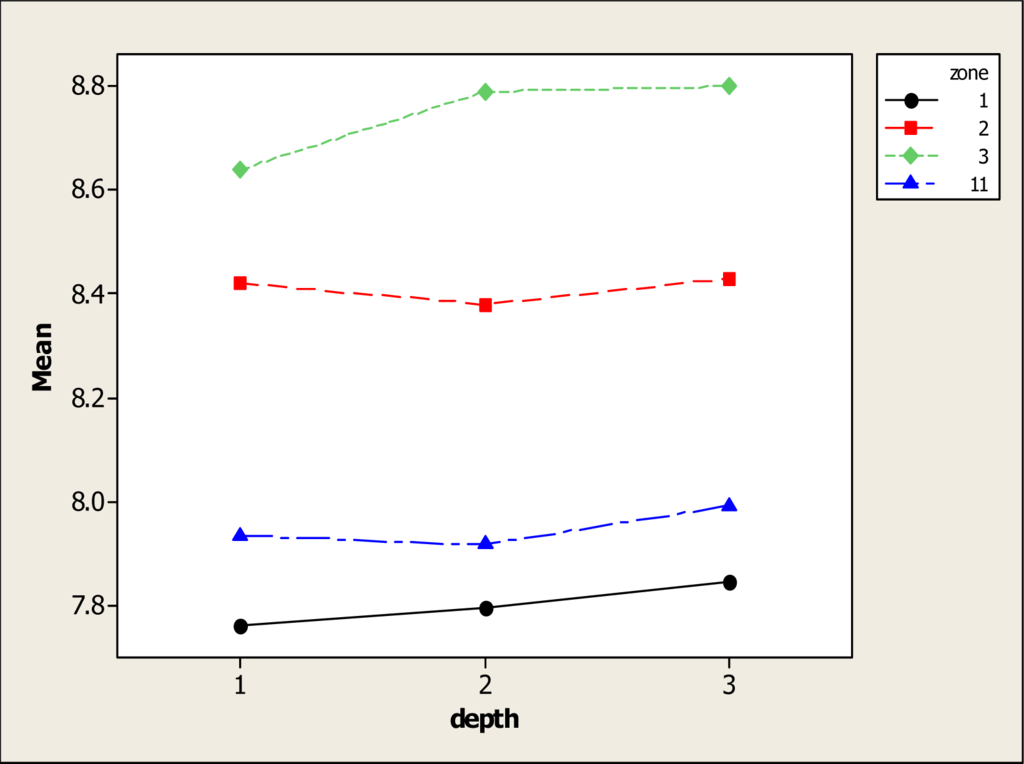 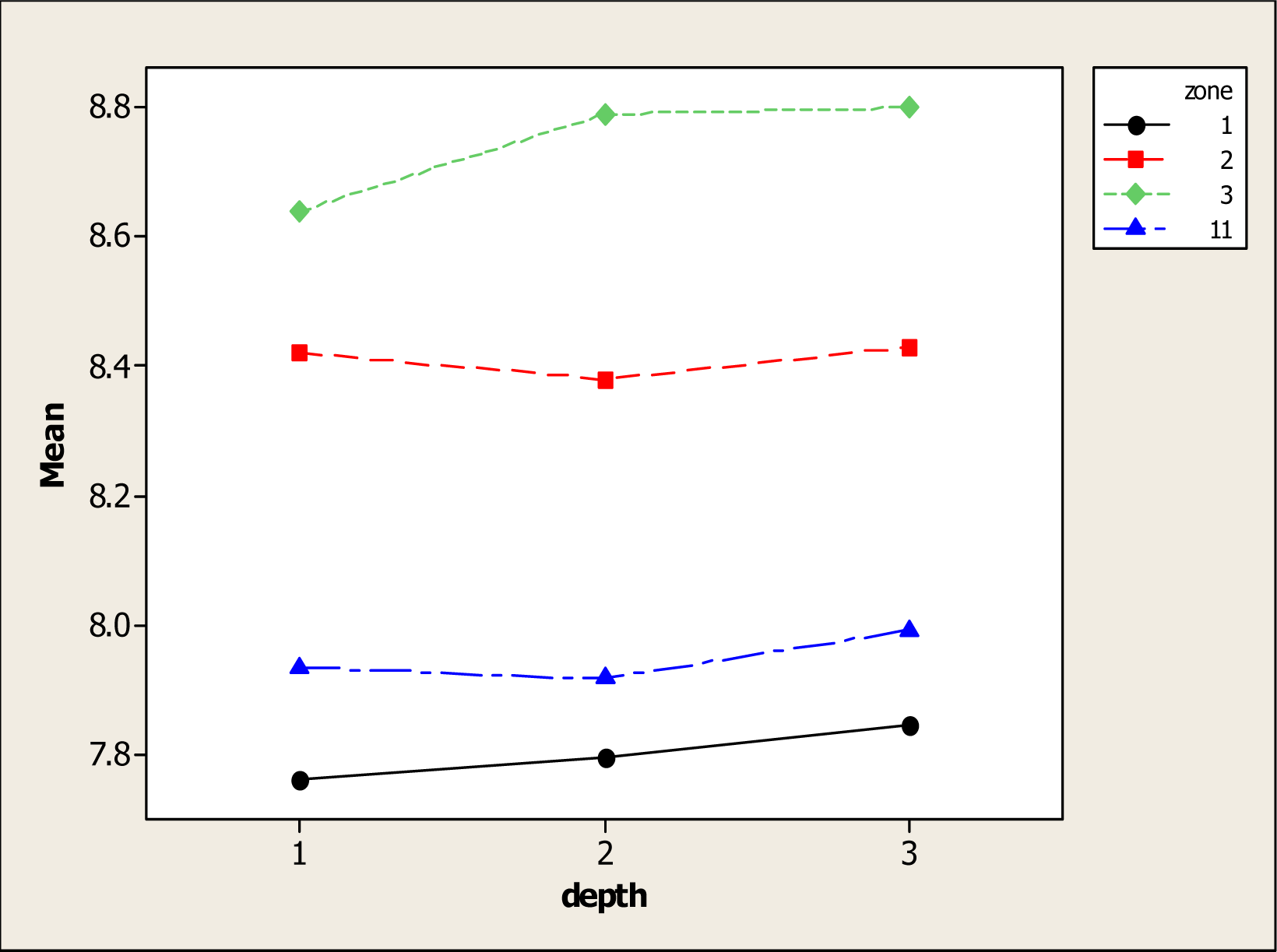 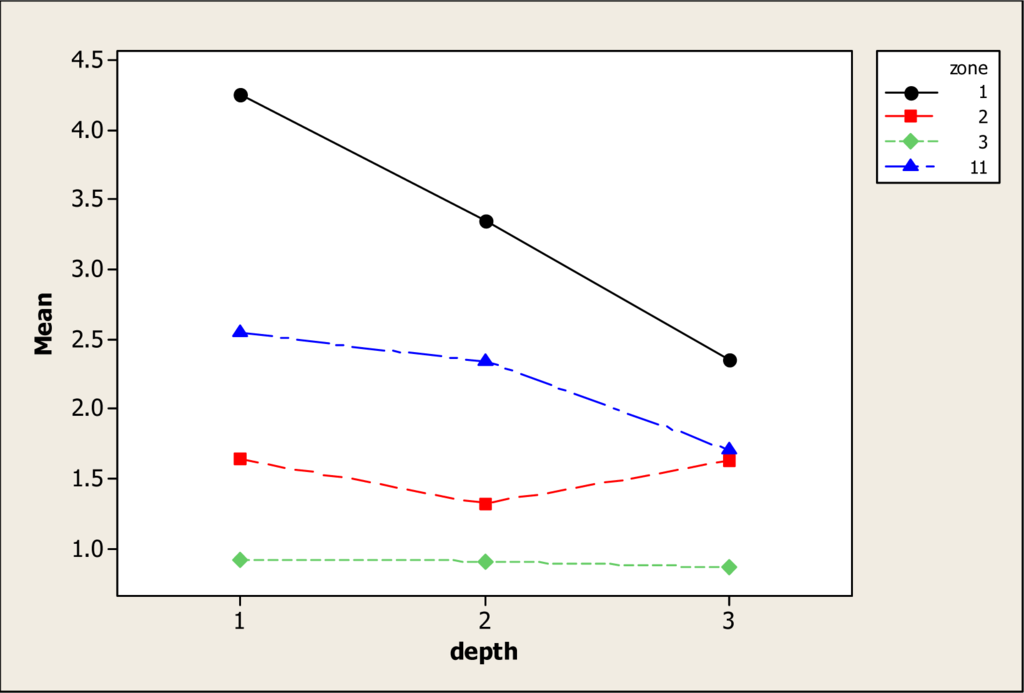 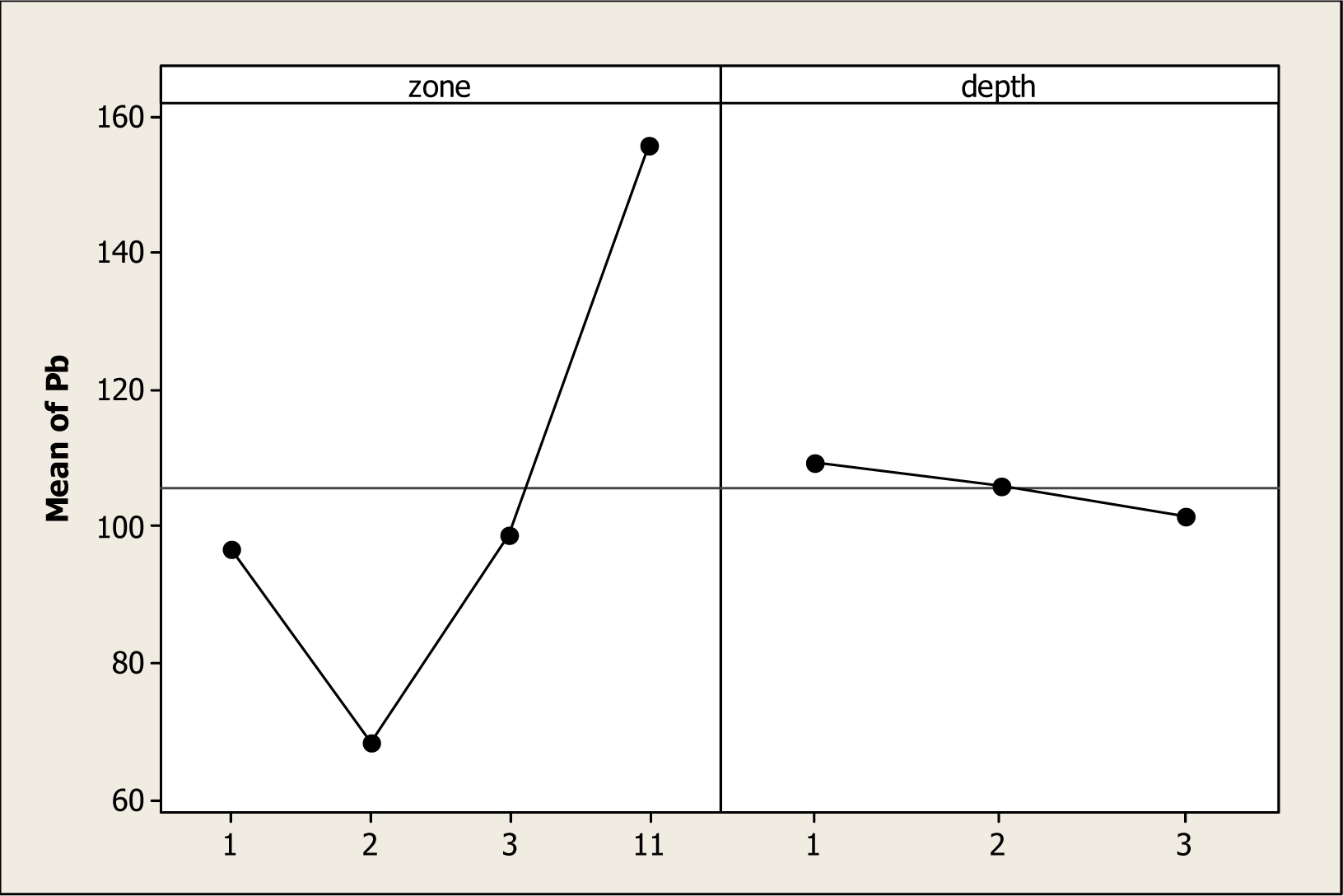 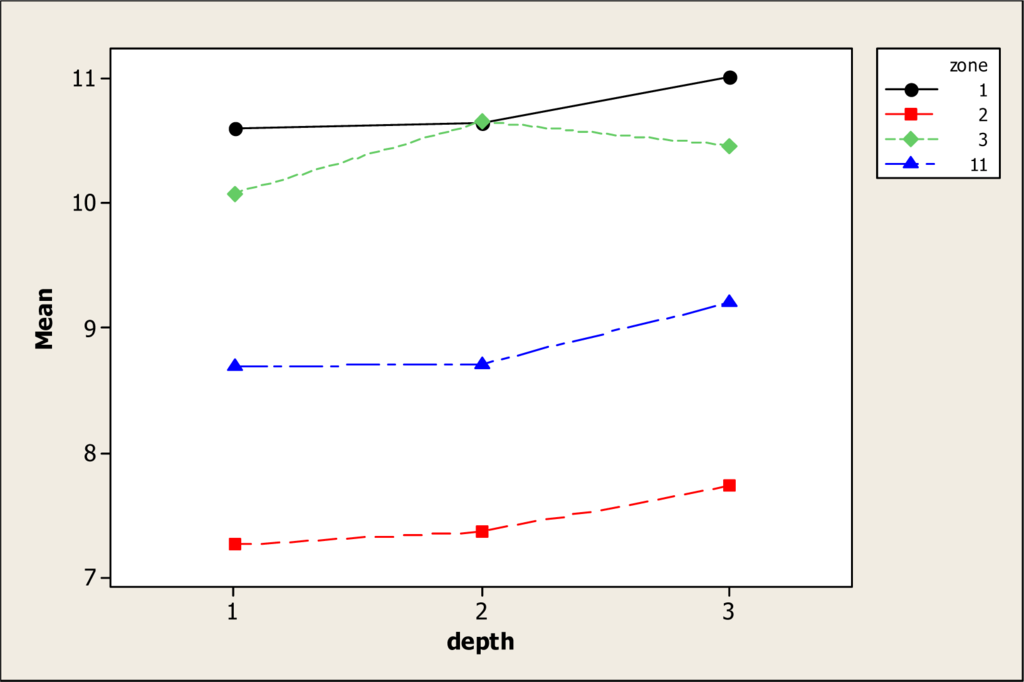