Searching for New Human Behavior Model in Explaining Energy Transition: Exploring the Impact of Value and Perception Factors on Inconsistency of Attitude toward Policy Support and Intention to Pay for Energy Transition
Next Article in Special Issue

Gap between Willingness and Behaviors: Understanding the Consistency of Farmers’ Green Production in Hainan, China

The study area of this paper is Hainan Province, the southernmost province in China. Against the strategic background of national ecological civilization construction, Hainan Province’s agriculture urgently needs to change from traditional operation patterns to environmentally friendly ones. We chose Hainan province as the study area mainly based on the following reasons: Hainan Island is separated from mainland China by the Qiongzhou Strait, the transportation cost of agricultural products is higher, and coupled with climate and environmental factors, Hainan farmers mostly grow high-value agricultural products such as mangoes, natural rubber, bananas, cocoa, and other tropical crops, which requires higher inputs of chemical fertilizers and pesticides. This feature of Hainan’s agricultural production makes it different from the production of field crops in mainland China, and it is also essential to promote the concept and technology of green agricultural production for Hainan farmers. However, there is a relative lack of research on the willingness or behavior of green agricultural production in tropical China.
Research data were obtained from a field survey conducted from July to August 2021. Multistage stratified sampling and random sampling methods were used to select the samples. Firstly, four cities, namely Haikou, Dongfang, Qiongzhong, and Lingshui, were purposively selected with a comprehensive consideration of representativeness, economic development, and geographical location. In the second stage, 2~4 towns were randomly selected from each county, and 4~5 villages were randomly selected in each town. Finally, 20~30 farmers were randomly selected from each village. The questionnaire mainly included the individual characteristics of the farmers, household characteristics, farmers’ green production behavior and willingness, information access, and ecological awareness, etc. In order to ensure the quality and validity of the survey data, our research team conducted very detailed training for all of the interviewers. Before filling out the questionnaire formally, the interviewer explained the purpose of the survey and the operation process in detail to the interviewees in order to ensure the authenticity and validity of their responses. All of the surveys were conducted through face-to-face interviews. Finally, 666 valid samples were obtained, with an effective rate of 97.94%. Because we aimed to analyze the main influencing factors for behavior–willingness deviation, after screening and excluding the farmers without green production intention, a total of 436 samples were used for analysis.
Table 1 shows the socio-demographic characteristics of the respondents. Male farmers account for 93.81% of the sample, as we selected household heads who are more aware of their household production for interviews. The sample farmers are mainly middle-aged and older, with the largest proportion being 41–50 years old, accounting for 30.50% of the total sample. Han Chinese and ethnic minorities account for 66.97% and 33.03% of the sample farmers, respectively. The sample farmers are generally low-educated, with 48.17% being junior high school graduates. The planting scale of the farmers interviewed is mainly less than ten mu, accounting for 65.83% of the total sample. 36.93% of the farmers’ agricultural expenditure is less than CNY5000, while farmers with more than CNY20,000 account for 20.18%. In total, 32.57% of the sample farmers’ households have village cadres or civil servants, and 41.97% of the farmers have part-time jobs.

The degree of farmers’ green production behavior–willingness deviation is an ordered categorical variable, and this paper adopts a multiple-ordered regression equation for empirical analysis. The specific model expression is as follows: where denotes the cumulative probability of the dependent variable taking the first values, and the cumulative probability function is expressed as where denotes the probability that farmers’ behavior deviates from their willingness, denotes the intercept parameter, denotes the regression coefficients of different influencing factors, and denotes individual characteristics, household characteristics, external environment, and green production cognition.

Stata15.1 (Version 15.1, created by StataCorp LLC., College Station, TX, USA) software was used for the model estimation. The variables were tested for multicollinearity before the regression analysis in order to circumvent multicollinearity. The results showed that the variance inflation factors (VIF) were all less than 5, indicating that there was no problem with multicollinearity. Table 4 shows the estimated results.

4.1.3. Effect of the External Environment

Regarding the external environment, peer influence is significant at the 5% level with a positive sign, indicating that farmers with stronger peer influence have a higher probability of deviating their green production behavior from intentions. This may be due to the nature of farmers’ limited cognition, which tends to follow the behavior of surrounding farmers when making decisions, and when most farmers’ neighbors or relatives are not practicing green production, they will follow other farmers, thereby leading to behavior–willingness deviation. Social networks are positively significant at the 10% level, indicating that the more extensive the social network is, the more likely the farmers’ green production behavior and willingness to deviate from each other, which is probably because information obtained from social networks block their progress towards greener production. Neighborhood learning is significant at the 1% level and the estimated coefficient is negative, indicating that mutual learning among neighbors significantly affects the deviation. The possible reason is that farmers’ frequent agricultural production communication with surrounding farmers may increase the level of knowledge and awareness about green production, which in turn promotes farmers’ willingness to transform into practical actions. The effect of agricultural extension services were not significant.

Because the economic meaning of the coefficient terms estimated is not intuitive, it only contains information on the statistical significance and influence direction of the explanatory variables. In order to further obtain the degree of influence of each explanatory variable, we calculated the marginal effects of the explanatory variables. To save space, we report only the marginal effects of the significant variables (according to Table 4), as shown in Table 5.
From the analysis of the marginal effects, the meaning of the estimated coefficient is the probability that for each unit change in the explanatory variable, the probability that the farmer’s behavior deviates from their intentions increases (if the estimated coefficient is positive) or decreases (if the estimated coefficient is negative). For example, when farmers’ age increases by one unit, the probability of green production behavior deviating from their willingness decreases by 0.003 for “slight deviation”, increases by 0.002 for “medium deviation”, and increases by 0.002 for “high deviation”. Among the significant variables, we find that farmers’ ecological knowledge has the largest effect on farmers’ behavior–willingness deviation, followed by ethnicity and land transfer, which provides interesting inspirations for us when designing promotion measures.

The data presented in this study are available on request from the corresponding author. The data are not publicly available due to personal privacy and non-open access to the research program. 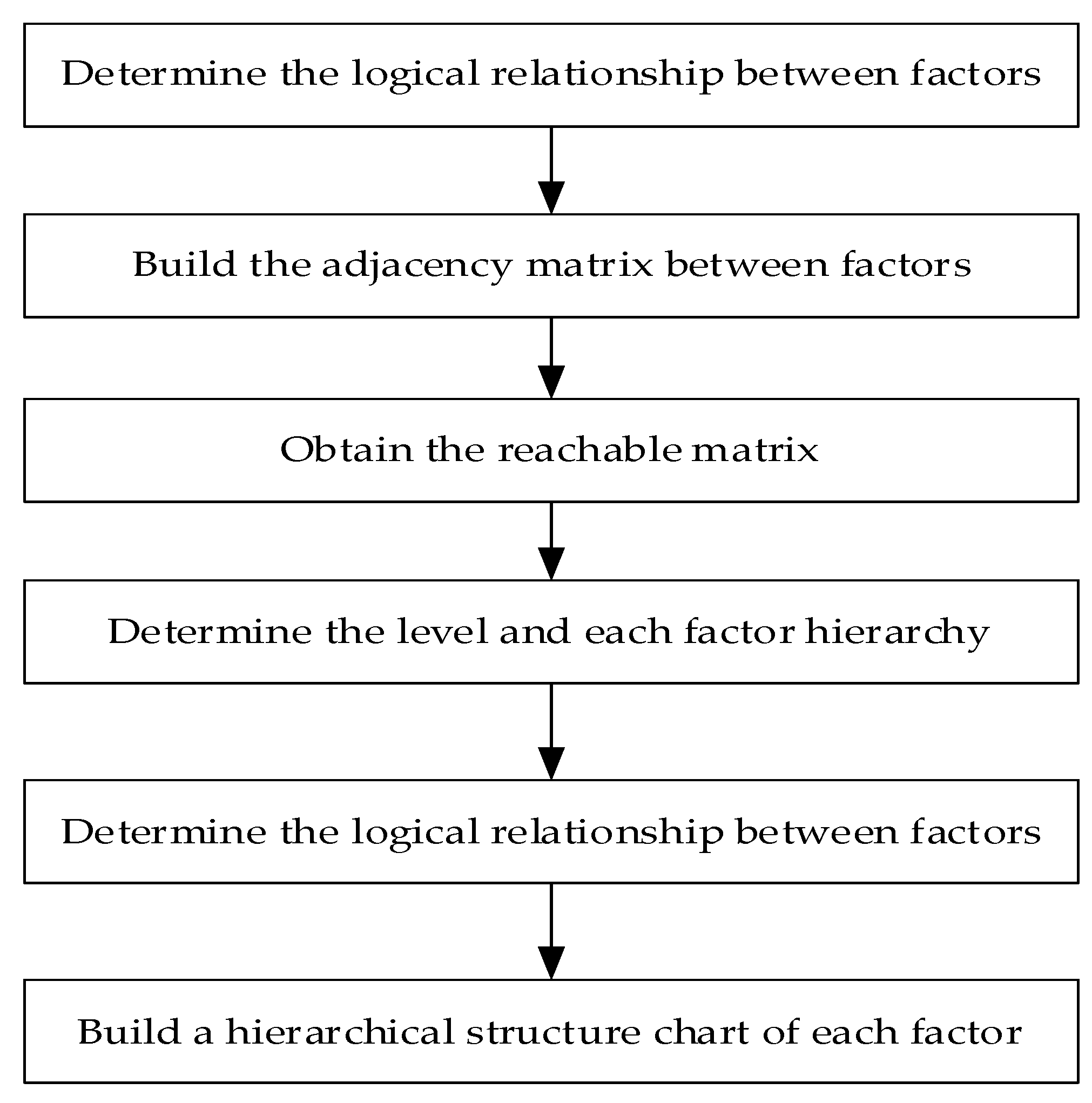 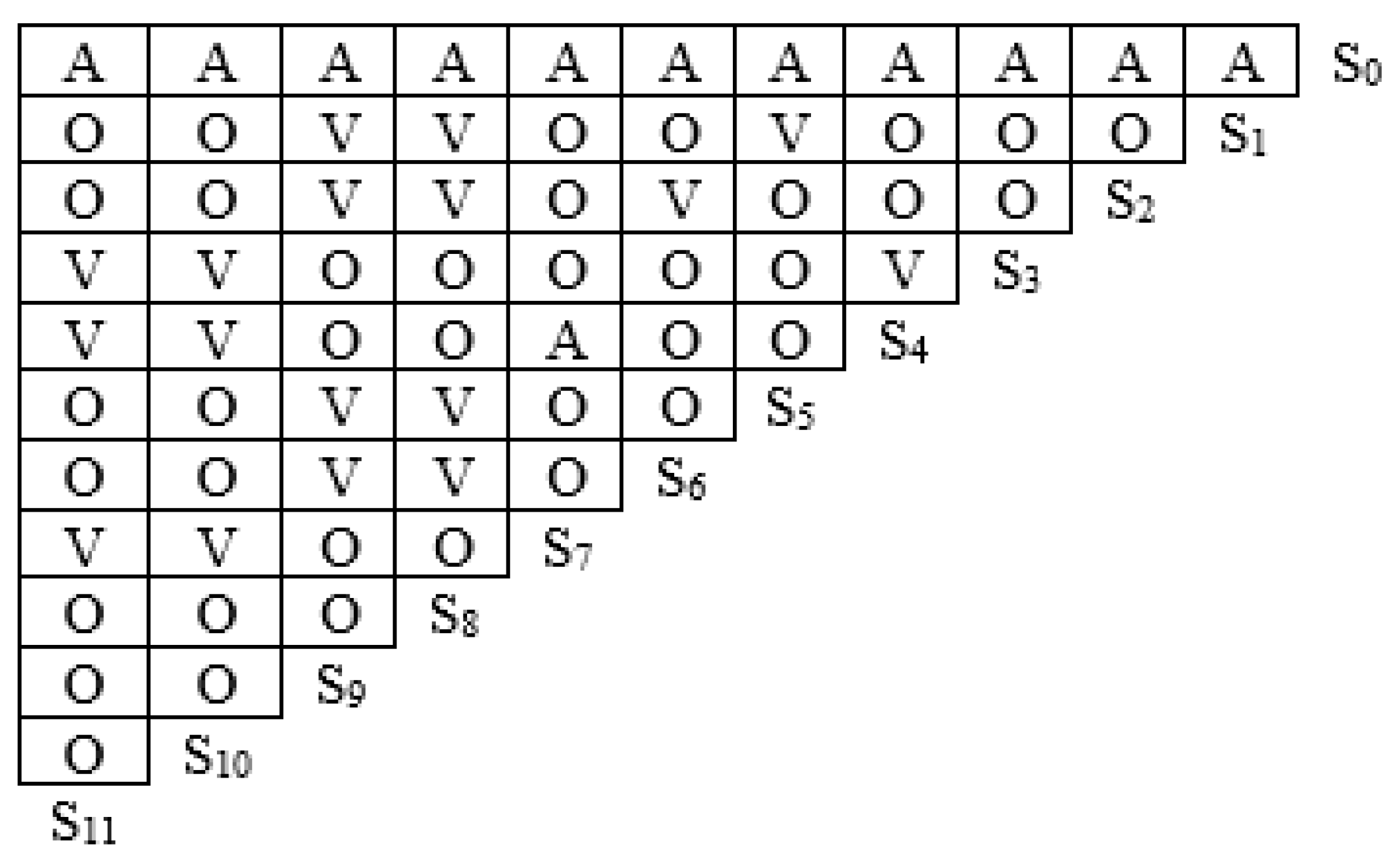 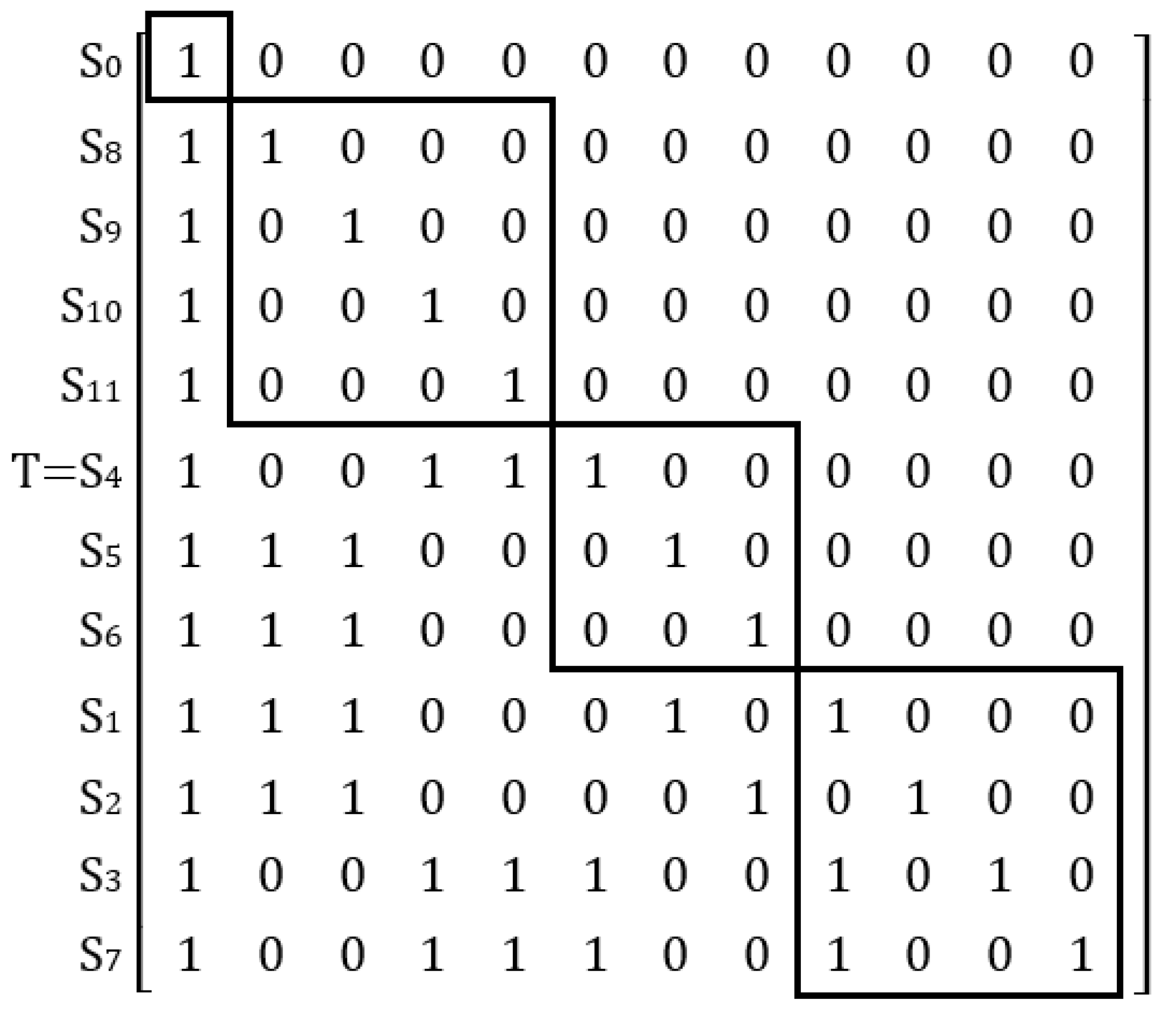 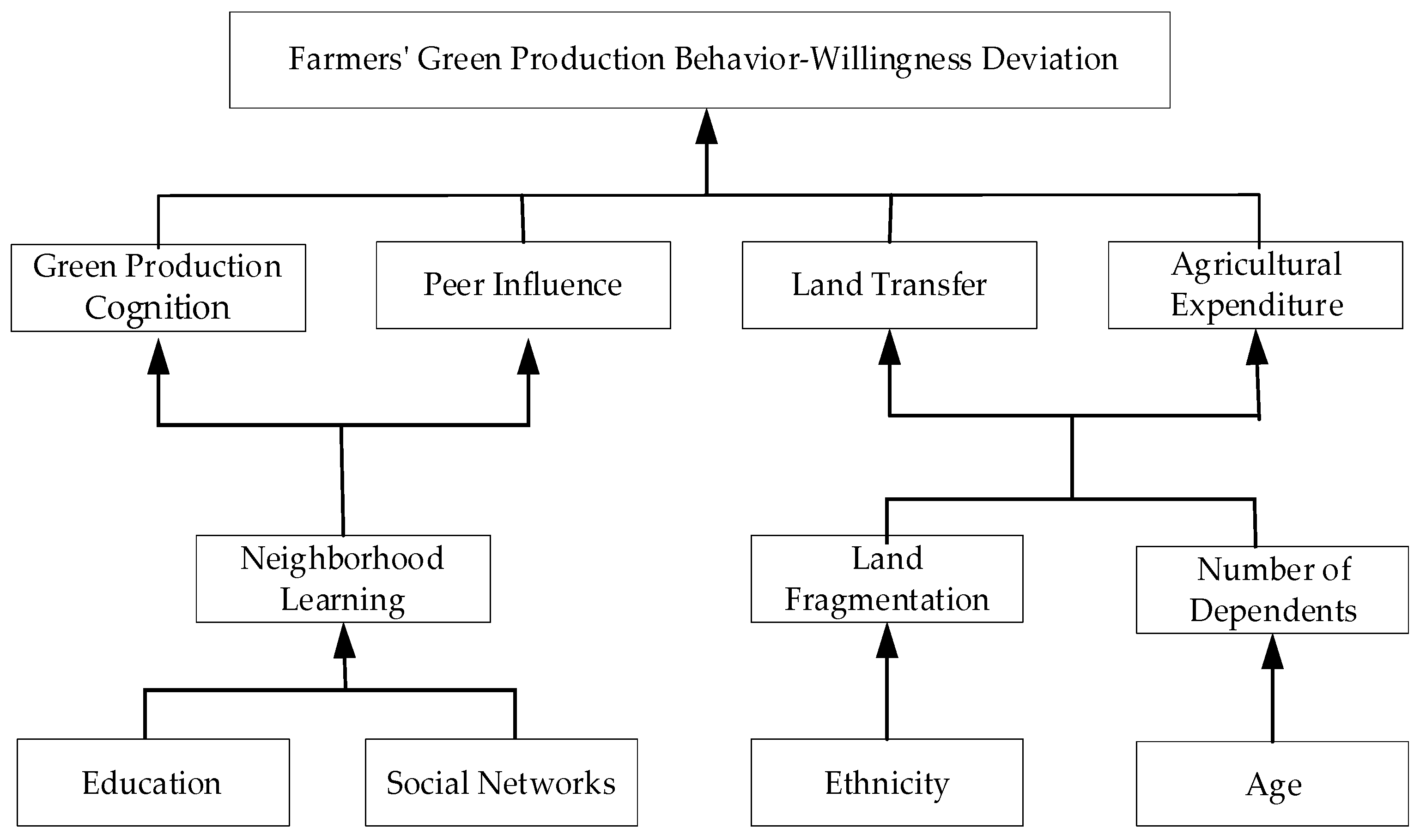