The video game market has become increasingly popular among children and adolescents in recent decades. In this research, we investigated the Video Game Addiction Scale (VGAS) for Chinese children and adolescents. We aimed to examine children and adolescents’ prioritization on the VGAS criteria and comparative analysis of the trend of video game addiction among them. A cross-sectional paper questionnaire study was conducted on 1400 Chinese students from grade 3 (9 years old) to grade 12 (18 years old). The respondents had to complete the socio-demographic information and the VGAS test. The VGAS characteristic was prepared in 18 criteria, which was the combination of the Video Game Addiction Test (VAT), Gaming Addiction Scale (GAS), and Revised Chinese Internet Addiction (CIAS-R). Eventually, the VGAS criteria prioritization was ranked methodologically through the Technique for Order Preference by Similarity to Ideal Solution (TOPSIS) method for each grade separately. Additionally, the Analytic Hierarchy Process (AHP) weighting technique was utilized to analyze the video game addiction of each grade under the four alternatives, individually. The results indicate that 3rd-grade students with some levels of addiction were the youngest who felt their life would not be fun without video games. Students in 5th grade with some levels of addiction were the youngest students who disclosed that their willingness to play video games is for forgetting their problems or feeling down. Moreover, they played video games more than before, thus, they did not sleep enough. Pupils of grade 6 reported that they played video games more than last semester. In their opinion, it is fair to play video games this much and does not need to reduce playing hours. Not getting enough sleep because of playing video games was seen in 7th graders as their first preference. 10th-grade students were the first to neglect to do their important responsibilities for playing video games. None of the 7th and 12th graders were somehow safe from video game addiction. In conclusion, playing video games can negatively affect studying, sleeplessness, getting far from society, and skipping important responsibilities for school students. Furthermore, the symptoms of video game addiction had seen at younger ages. These data provided insights for decision-makers to target effective measures to prevent children and adolescents’ video game addiction.
Keywords: Video Game Addiction Scale; children and adolescents; the AHP method; the TOPSIS method Video Game Addiction Scale; children and adolescents; the AHP method; the TOPSIS method

This study addressed the school students from grade 3 in primary school to grade 12 in high school. We have visited different schools in Shantou city of China in downtown and suburbs. Paper questionnaires were given to the students to fill in. The students had been selected randomly from various classes. The questionnaire took almost 20 min to complete. The purpose of the study was explained to the participants, and they had to provide consent to fill in the questionnaires. The poll was anonymous, and the information was confidential. The participants were asked not to consult with each other while they were answering the questionnaire. We conducted the survey in November 2021, and the data were collected for a period of four months. The questionnaire is listed in Appendix A.
Students consisting of 1400 cases who had participated in the survey, role as the decision-makers to evaluate the criteria. In this analysis, the VGAS questions are the set of the criteria, , that anatomize for the alternatives, , for four levels of gaming, including no symptom, at risk of addiction, have some levels of addiction, and already addicted.

This study was approved by the Ethics Committee of Shantou University Medical School (No. SUMC-2022-046). Additionally, the consent of the school’s student affairs office and counsellors were obtained.

As mentioned in Section 2.1., a total of 1400 students took part in our survey, consisting of 120–150 participants for each grade. The data was reselected based on the Step 2 description, and we kept almost 100 cases per grade to make a balanced result. According to the COVID-19 situation, accessing more students was impossible.
In this research, we aimed to rank the criteria from the students’ point of view for each grade. In addition, we investigated the top criteria from the point of view of the alternatives per grade. For this purpose, the TOPSIS and AHP methods were utilized. We used the AHP method for weighting criteria because of its accuracy, due to checking the consistency of the variables, to make sure the weights are correct. The TOPSIS method is one of the most well-known and common techniques for solving MCDM problems to rank the alternatives. Therefore, it was reliable for this research and could cover the results adequately for the alternatives.
In this study, to get the real answer from the point of view of the children and adolescents, the student’s scores were made into the pair-wise comparison matrix in the AHP method and the decision matrix in the TOPSIS method. The questionnaires were given to the students to score all the questions from 1 to 5, using a 5-point Likert scale. The scores were summed together, and based on that, students were placed in one of the four alternative groups DM1–DM4.
AHP method. To make the pair-wise comparison matrix, the total score for each question was calculated and rescaled from 1 to 9 for the Saaty scale. Since the values of the pair-wise comparison matrix are the ratio of each criterion over the other criterion, we obtained these values by dividing them by each other and gained the 18 × 18 pair-wise comparison matrix in Equation (7) with , for and for . The weights of the AHP were calculated by Equation (9). The results of the AHP method are displayed in Table 2, Table 3, Table 4 and Table 5.
TOPSIS method. We performed two different analyses by ranking alternatives and criteria, which are discussed in Section 3.3 and Section 3.4. According to the TOPSIS method, the decision matrix in our study is a 4 × 18 matrix in Equation (1) consisting of four alternatives DM1–DM4 on rows and 18 criteria on columns. Using Equations (2) and (3), with the weights that were achieved through the AHP method, we calculated the normalizing decision matrix. With the aid of Equation (4), the ideal best and ideal worst were computed. Here, to rank the alternatives (DM1–DM4), the separation distances and ratio should be calculated with Equations (5) and (6) on rows. The results of the ranking of the alternatives are displayed in Table 6. On the other side, to find the students’ point of view about prioritizing criteria, we ranked the criteria by calculating the separation distances and ratio on the columns with the concept of Equations (5) and (6). The results of the criteria ranking are displayed in Figure 4 and Table 7.

3.2. The VGAS Criteria Analysis with the AHP Method

3.3. The VGAS Criteria Analysis on Alternatives Using the TOPSIS Method

3.4. The VGAS Criteria Analysis with the TOPSIS Method per Grade

In this research, a novel VGAS, the combination of VAT, GAS, and CIAS tests, has been proposed based on four alternatives for different levels of addiction to video games. Firstly, the AHP method was used as the underlying model to weight the criteria and analyze the student’s criteria prioritization under each alternative individually. Then, the TOPSIS method was adopted to rank the criteria. The results implied that among the primary school students (grades 3, 4, 5, and 6) no case of gaming addiction was found. The 6th grade was the only grade that thought it was fair to play video games this much and did not need to reduce their playing hours; they were prone to get addicted to playing video games. The first addicted students were seen in grade 7. They confessed that they played video games longer than they intended. In contrast, no pupils in grade 7 and grade 12 were free of gaming addiction. Moreover, grade 7 as the first grade of middle school, and grade 12 as the last grade of high school, reported not having enough sleep because of playing video games. Furthermore, students with an addiction to video games in grades 7 and 12 were the only students who believed that playing video games negatively affected their studies. It seems that 7th and 12th graders have some similar attitudes towards playing video games.
Playing video games because of feeling down or forgetting problems, seriously started in grade 8 students; this needs psychologists to check whether this attitude occurs after students start getting addicted to playing video games in grade 7. Middle school pupils did not have any similarity in prioritizing the criteria. Neglecting important activities was seen poorly just among high school students. Reducing playing time was a top priority for high school graders. The number of students in grades 10 and 11 who did not show any symptoms of gaming was only 1% or 2% of the total. Instead, the number of those who were at risk of gaming was around 72%. Overall, students become more inclined to play video games and subsequently become more addicted to playing video games as they get older. As previous studies have not deeply concentrated on VGAS criteria, thus, these results can help decision-makers to have a better understanding of children and adolescents’ preferences criteria in playing video games and take measures to reduce their video game playing hours.
In our future work, we plan to find out the fundamental reasons that encourage children and adolescents to play video games. The causes can be their friends, society, their feeling, or even family.

The study was conducted according to the guidelines of the Declaration of Helsinki and approved by the Ethics Committee of Shantou University Medical College (project no. SUMC-2022-046).

The datasets that were used and analyzed in the study are available from the corresponding author on reasonable request.

The authors would like to thank all of the reviewers for their valuable comments. 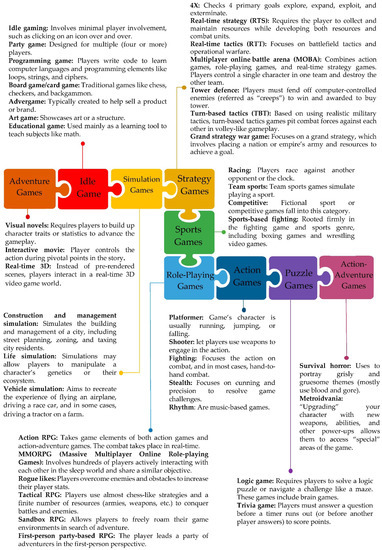 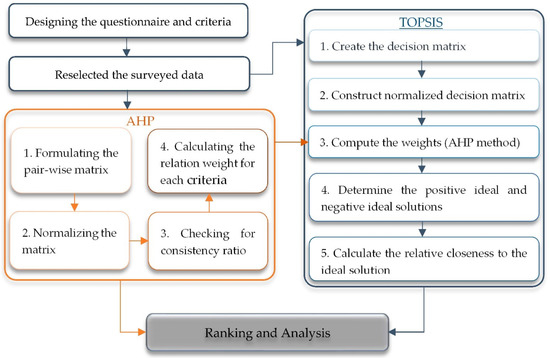 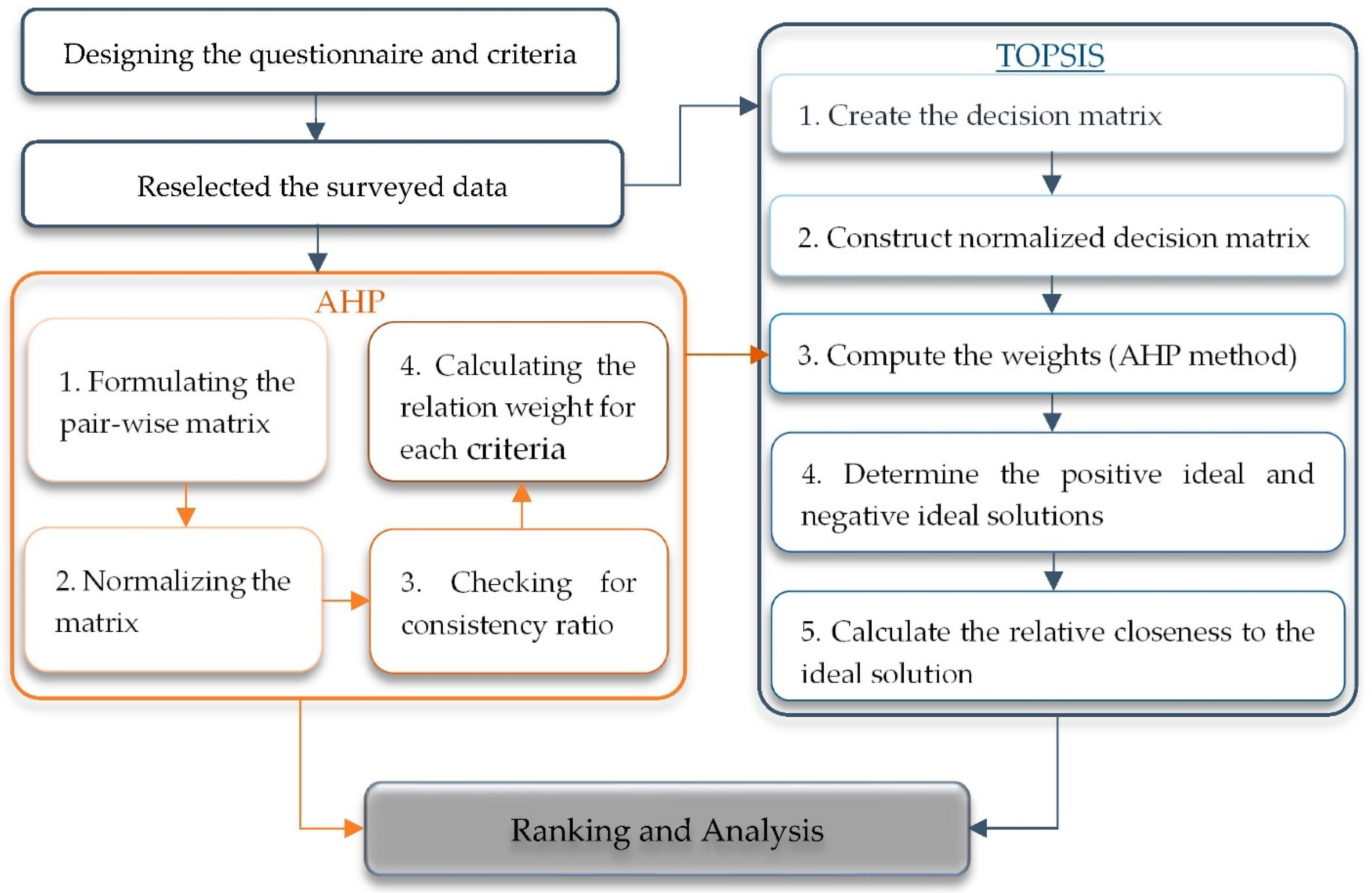