Impact of a Season of Bike Patrol on Police Officers’ Level of Fitness: A Pilot Study
Previous Article in Journal

A cross-sectional study design was used. We explained the study to all the participants before commencing the study. All the firefighters were informed of the benefits and risks of this study and read and signed an approved consent form. The research was approved by the ethics committee of the Faculty of Physical Education and Sport, Charles University (Czech Republic), under approval No. 205/2020. Research was conducted in accordance with the ethical standards of the Declaration of Helsinki and ethical standards in sport and exercise science research [23].

Body height was measured using a digital stadiometer (SECA 242, Hamburg, Germany), and body mass was measured using a digital scale (SECA 769). Body composition variables were assessed using a bioelectrical impedance analysis (Tanita MC-980MA, Tanita Corporation, Tokyo, Japan). The following dependent variables were included: relative values of fat mass (body fat) and fat-free mass. All the participants were tested within a one-week period in the morning before breakfast between 8:00 and 9:30 a.m. to maintain the same testing conditions. The participants were instructed to adhere to the following guidelines before the testing: no food or drink within six hours, no strenuous exercise within 12 h, and no alcohol consumption within 48 h before the test.

The concentric muscle strength of the lower limbs was assessed using a Cybex Humac Norm isokinetic dynamometer (Cybex NORM, Humac, Stoughton, MA, USA). The following dependant variables were evaluated during concentric contraction at an angular velocity of 60°.s−1: maximum peak muscle torque of the knee extensors (PTE) and flexors (PTF) in the dominant (DL) and non-dominant (NL) legs, bilateral strength ratio between the knee extensors (Q:Q) and flexors (H:H), and unilateral ratio (hamstring-to-quadriceps ratio (H:Q)) for both limbs. Limb dominance was defined by determining with which leg each participant preferred to kick (kicking leg) [24]. The lower limbs were evaluated in random order. Torque was gravity-corrected, and dynamometer calibration was performed in accordance with the manufacturer’s instructions. After five submaximal warm-up repetitions, the subjects performed three repetitions with maximum effort. Visual feedback and verbal stimulation were provided during the testing.
Two Kistler 8611 force plates (Kistler Group, Winterthur, Switzerland) at sampling frequency of 1000 Hz were used to measure and evaluate muscular power, force distribution, and jump height. Force curves were recorded using BioWare 5.4.3.0 software (Kistler Group, Winterthur, Switzerland) and for additional data processing, Matlab R2020b software was used (MathWorks, Natick, MA, USA). Three jump types were performed in the same order for each participant to evaluate the explosive strength and symmetry involvement of the lower limbs, namely counter-movement jump free arms (CMJFA), counter-movement jump (CMJ), and squat jump (SQJ). For CMJFA, subjects were instructed to perform a CMJ with arm swing during the execution of the jump (i.e., hands were free to move). For CMJ, subjects started from the upright standing position with their hands on their hips (i.e., without arm swing); they were then instructed to flex their knees (approximately 90°) as quick as possible and then jump as high as possible in the ensuing concentric phase. For SQJ, subjects started from the upright standing position with their hands on their hips, they were then instructed to flex their knees and hold a predetermined knee position (90°), and the experimenter then counted out for 3 s. On the count of three, the subject was instructed to jump as high as possible without performing any countermovement before the execution of the jump [25]. The best of the three attempts based on the height of each jump type was selected for data processing. Changes of body velocity, displacement, and jump height were calculated by impulse–momentum method [26] from common force curve from both platforms. Separate force curves from each platform were used for force and impulse of force evaluation of DL and NL. The assessed parameters were jump height (cm), maximal vertical ground reaction force (VGRF) of the DL and NL, their differences (ΔVGRF), and vertical ground reaction force impulse at the take-off phase (ΔVGRFt−o) differences. Before measurements, each participant warmed up for 15 min consisting of 10 min of cycling on an ergometer at 1.2 W.kg−1/80–90 rpm (Excalibur, Lode, NL), two sets of forward lunges with 10 repetitions, and two sets half squats with 10 repetitions.

The data were processed using descriptive statistics (mean, standard deviation, and 95% confidence interval). The assumptions were met before proceeding with the parametric statistical analyses. Analysis of variance (ANOVA) was used to detect differences between the dependent variables. Multiple comparisons of the averages of the dependent variables were performed using the Bonferroni post-hoc test. To compare the observed indicators between the DL and the NL, we used a paired t test to compare the means of two dependent samples. The effect size in the ANOVA model was assessed using the “partial Eta square” coefficient (ηp2). Coefficient values <0.010 indicated a small effect; 0.011–0.059, small-to-medium effect; 0.060–0.138, medium-to-large effect; and >0.139, large effect [27]. For comparison among two groups (FSA vs. CG), we used t test for independent samples (with normal data distribution) or Mann–Whitney test (nonparametric test). Moreover, the effect size between the DL and the NL was assessed using Cohen’s d coefficient of effect size. The coefficient value was assessed as follows: d = 0.20, small effect; d = 0.50, medium effect; and d = 0.80, large effect [28]. The p-value was set at 0.05 in all the statistical analyses. Statistical analyses were performed using IBM SPSS v 21 (Statistical Package for Social Sciences, Inc., Chicago, IL, USA, 2012).

The present study results showed a high level of explosive strength and isokinetic muscle strength of the knee extensors and flexors in firefighters competing in fire sports. Professional firefighters achieved high strength performances that are comparable with elite athletic populations. Knee extensors can produce high relative muscle strength (three times the body weight), which is also comparable with those in professional athletes. The effect of limb’s dominancy was not statistically confirmed in any of the observed variables. The significantly higher jump height, isokinetic strength of knee extensors, flexors on dominant and non-dominant limb were found in FSA group compared to CG, while no significant differences were revealed when comparing bilateral isokinetic strength asymmetries and unilateral strength ratio. As some firefighters had higher bilateral differences (>10%) or lower unilateral differences (<50%), more attention should be paid to compensate for strength asymmetries using tailored strength programs. Monitoring the levels of strength and strength asymmetries of professional firefighters is important for the optimal health and performance-related fitness and well-being of firefighters. Moreover, our results may be useful to clinical practitioners, i.e., lecturers, strength and conditioning trainers, physiotherapists, physicians, and other clinical professionals working with highly physically and mentally demanding activities such as those involved in the occupation of firefighting.

This research was funded by GAUK 1344120 and Programme for Development of Fields of Study at Charles University under Grant UNCE HUM/032, SVV 260599.

The research was approved by the ethics committee of the Faculty of Physical Education and Sport, Charles University (Czech Republic), under approval No. 205/2020 on 21 October 2020. Research was conducted in accordance with the ethical standards of the Declaration of Helsinki and ethical standards in sport and exercise science research [20]. 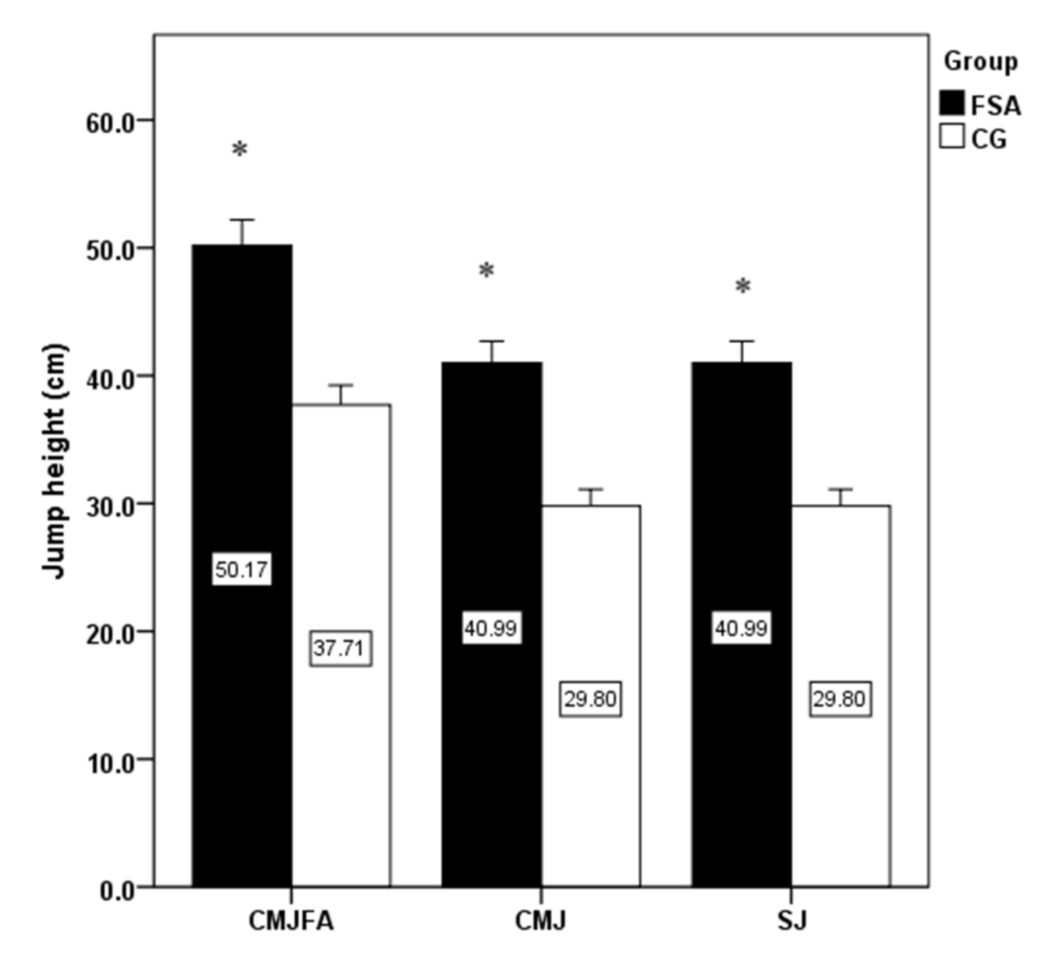 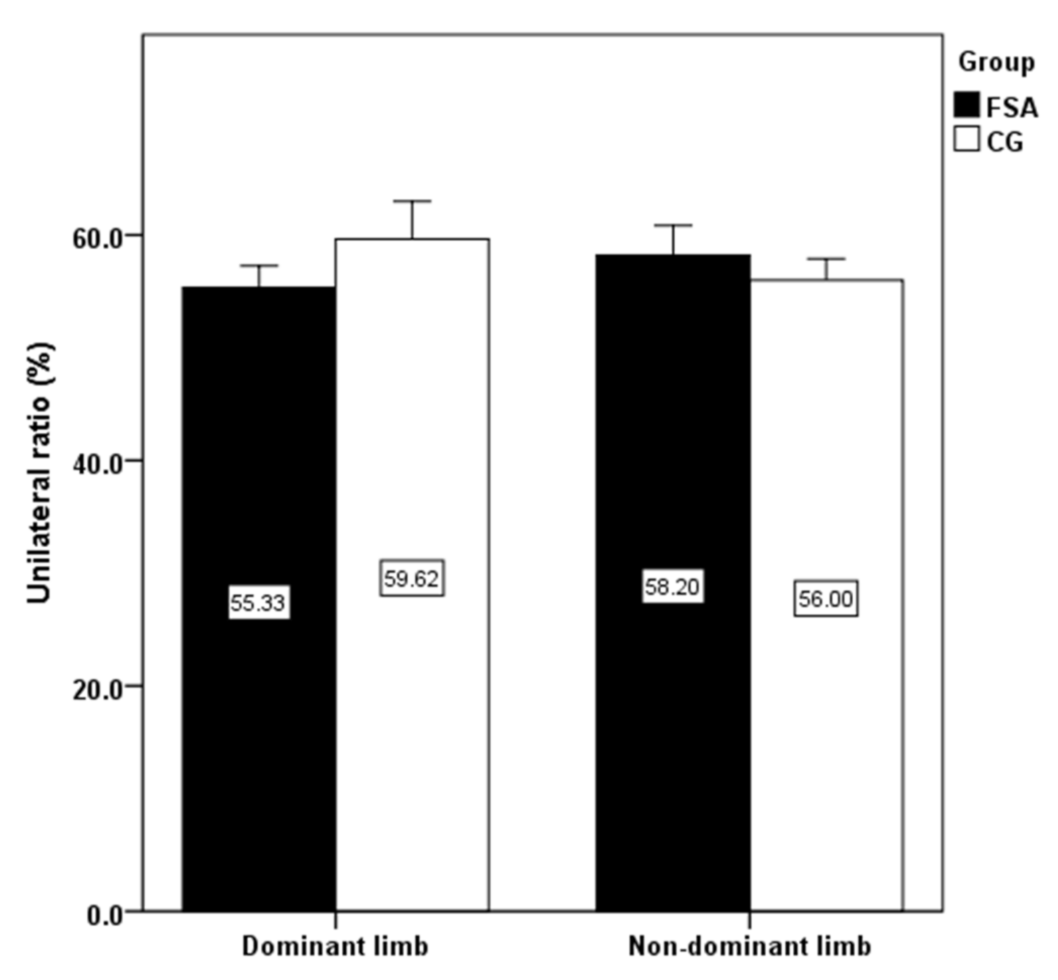