Mobile phones have become extremely common in modern times. Wireless technology has a large number of Radio Base Stations (RBSs), which transmit information through radiofrequency signals. In 2006, there were already more than 1.4 million RBSs in the world [1]. In the Brazilian capitals, RBSs were implemented in 1992 in Brasília (the capital of Brazil), and in 2017, there were 27,145 RBSs indexed in the capitals [2].
The effect of electromagnetic fields emanating from RBS on health is not very well known. The World Health Organization (WHO) reported, in 2006, that scientific knowledge indicates that RBS radiofrequency exposure is within the international standards and, therefore, does not pose a risk to human health [1]. However, in 2014, the WHO recognized the need to promote research to investigate the effect of the radiofrequency field on human health as a priority in order to fill the knowledge gaps [3]. Several issues relating to new wireless technologies are currently highlighted: the environmental impact of RBS radio frequency exposure, its effects on human health, its thermal effects, and its noise emission [4].
In Brazil, the National Telecommunications Agency (ANATEL) is the entity that regulates the electromagnetic emission of RBSs in accordance with the limits established by Resolution No. 700 of 28 September 2018 (Union Official Diary) [5]. In addition to ANATEL, telecommunication antenna installations are also regulated by municipal laws in order to minimize environmental and human health impacts [4].
Mobile phone-derived electromagnetic fields are classified by the International Agency for Research on Cancer (IARC) as possibly carcinogenic to humans [3,6,7]. The intensity of the RBS radiofrequency fields is higher near the antenna and decreases as the distance from it is greater [1,8]. In big cities, however, RBSs are located very close to populated areas, above or between homes and businesses. The antennas are so close to homes that the multi-story windows of residential buildings, for example, are side by side to these antennas [9].
Despite the scarce knowledge on this subject, there are few resources allocated to investigating the role of exposure to electromagnetic fields from RBSs on human health. In the United States, for example, until 2010, no funding had been reserved by government agencies to study the possible health effects on people living near RBSs [9]. This study aims to estimate the rate of death for cancer according to RBS radiofrequency exposure, especially by breast, cervix, lung, and esophagus cancers, which are among the most common cancers in Brazil for men, women, or both sexes.

This is an ecological study using capitals as the unit of analysis. We collected information on the number of deaths by cancer per gender, age group, Gross Domestic Product (GDP) per capita, death year, and the amount of exposure over a lifetime.
Information on deaths by cancer per gender and age was collected from the Mortality National System (SIM) from the Computer Science Department of the Unified Health System (DATASUS) website [10]. We investigated all cancer types and some specific types: (1) deaths by breast cancer (International Classification of Diseases 10th Revision (ICD10) group—malignant breast neoplasms), (2) deaths by cervix cancer (C54 category of ICD10—malignant neoplasm of the cervix), (3) deaths by lung cancer (C34 category of ICD10—malignant neoplasms of the bronchi and lungs), and (4) deaths by esophageal cancer (C15 category of ICD10—malignant neoplasm of the esophagus). The choice of these specific types of cancer for this study took into account the high frequency of new cases in women or in men. Current statistics from 2020 from the National Cancer Institute show that breast cancer had the highest number of new cases in 2020 for women (about 66,000 cases, corresponding to about 30% of cases). Cervical cancer was the third, with more new cases in 2020 in women. Lung cancer was the fourth with more new cases in 2020 in men and women, and esophageal cancer was the sixth with more new cases in men. With regard to mortality, data from 2018 indicate that the cancers selected for this study are among the top five in number of deaths. These values refer to both genders for lung cancer, to female strata for breast and cervical cancers, and to the male stratum for esophageal cancer [11]. Although brain cancer does not have a high frequency in Brazil and metastatic brain tumors are more frequent than primary brain tumors, as several studies have evaluated their relationship with exposure to electromagnetic fields, we have included the results of the analysis of this type of cancer in Supplementary Tables S1 and S2.
Census population data [12] and GDP were also collected from the DATASUS website [10]. The number of RBSs and the year they were implemented in each capital were collected from Telecommunication Service System [2].
People’s exposure times were calculated according to birth and death years. The annual RBS radiofrequency exposure was calculated by summing the number of RBS implementations in each year multiplied by the people’s exposure time. The total exposure was calculated from the sum of annual exposures.
A map with charts was built using the mortality rate per square kilometer (km²) and the median of RBS radiofrequency exposure in the 2010–2017 period.

We calculated the median and interquartile range of mortality rate per 100,000 according to the levels of explanatory variables. The Kruskal–Wallis test was used to access the statistical differences between groups.
Multilevel Poisson regression models were used to estimate the risk-adjusted mortality. The response variable was death by cancer, and the fixed effects were the logarithm transformation of RBS radiofrequency exposure, gender, age group, and death year. We also included an offset with the logarithm of population size. The random effects included capital city (intercept), square root transformation of GDP (slope), and capital’s area per km² (slope). When the response variables were death by breast and cervix cancer, the gender was not included as a fixed effect, as only females were investigated.
The abovementioned logarithmic transformations and the square root transformation were used to normalize the distribution of variables. We used R-Project version 3.6.1 (R Foundation, Vienna, Austria) and ArcGis version 10.5 (Environmental Systems Research Institute, Redlands, CA, USA) to perform the analysis.

The balance of our results indicates that the exposure to radiofrequency electromagnetic fields from an RBS increases the rate of mortality by all cancers and specifically by breast, cervix, lung, and esophageal cancers. These conclusions are based on the fact that the findings of this study indicate that, the higher the RBS radiofrequency exposure, the higher the cancer mortality rate, especially for cervix cancer (adjust RR = 2.18). The spatial analysis showed that the highest RBS radiofrequency exposure was observed in a city located in the southern region of Brazil, which also showed the highest mortality rate for all types of cancer and specifically for lung and breast cancers.
Environmental pollution caused by nonionizing electromagnetic fields increases continuously. The location of RBSs is still a controversial field with regard to their regulation. There are numerous RBSs installed in residential areas, including on their roofs. Some epidemiological studies indicate an increased risk of cancer close to RBSs. It is important that further epidemiological investigations are conducted to elucidate the role of the environment in radiofrequency signals on carcinogenesis processes. 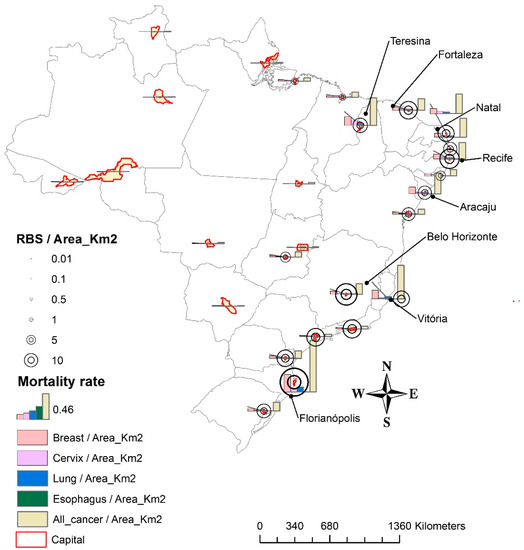 Table 2. Adjusted risk of cancer mortality in Brazilian capitals.
Table 2. Adjusted risk of cancer mortality in Brazilian capitals.
Sqrt GDP = square root transformation of gross domestic product per capita; RR = rate ratio; Std Dev = standard deviation; Log RBS = logarithm transformation of radio base station radiofrequency exposure (RBS radiofrequency exposure = sum of the number of RBS in each year multiplied by the exposure time); sign = statistical significance − significance. *** p-value < 0.001; ** p-value < 0.01; * p-value < 0.05; and NS, p-value > 0.05.
© 2021 by the authors. Licensee MDPI, Basel, Switzerland. This article is an open access article distributed under the terms and conditions of the Creative Commons Attribution (CC BY) license (http://creativecommons.org/licenses/by/4.0/).
We use cookies on our website to ensure you get the best experience. Read more about our cookies here.
Accept
We have just recently launched a new version of our website. Help us to further improve by taking part in this short 5 minute survey here. here.
Never show this again