Maternal and Neonatal Characteristics and Outcomes of COVID-19 in Pregnancy: An Overview of Systematic Reviews

(1) Background: A considerable number of systematic reviews, with substantial heterogeneity regarding their methods and included populations, on the impact of COVID-19 on infected pregnant women and their neonates, has emerged. The aim was to describe the obstetric-perinatal and neonatal outcome of infected pregnant women and their newborns during the COVID-19 pandemic; (2) Methods: Three bibliographical databases were searched (last search: 10 September 2020). Quality assessment was performed using the AMSTAR-2 tool. Primary outcomes included mode of delivery, preterm delivery/labor, premature rupture of membranes (PROM/pPROM) and abortions/miscarriages. Outcomes were mainly presented as ranges. A separate analysis, including only moderate and high-quality systematic reviews, was also conducted. The protocol was registered with PROSPERO (CRD42020214447); (3) Results: Thirty-nine reviews were analyzed. Reported rates, regarding both preterm and term gestations, varied between 52.3 and 95.8% for cesarean sections; 4.2–44.7% for vaginal deliveries; 14.3–63.8% specifically for preterm deliveries and 22.7–32.2% for preterm labor; 5.3–12.7% for PROM and 6.4–16.1% for pPROM. Maternal anxiety for potential fetal infection contributed to abortion decisions, while SARS-CoV-2-related miscarriages could not be excluded. Maternal ICU admission and mechanical ventilation rates were 3–28.5% and 1.4–12%, respectively. Maternal mortality rate was <2%, while stillbirth, neonatal ICU admission and mortality rates were <2.5%, 3.1–76.9% and <3%, respectively. Neonatal PCR positivity rates ranged between 1.6% and 10%. After accounting for quality of studies, ranges of our primary outcomes remained almost unchanged, while among our secondary outcomes, maternal ICU admission (3–10%) and mechanical ventilation rates (1.4–5.5%) were found to be relatively lower; (4) Conclusions: Increased rates of cesarean sections and preterm birth rates were found, with iatrogenic reasons potentially involved. In cases of symptomatic women with confirmed infection, high maternal and neonatal ICU admission rates should raise some concerns. The probability of vertical transmission cannot be excluded. Further original studies on women from all trimesters are warranted. View Full-Text
Keywords: COVID-19; SARS-CoV-2; pregnancy; mother; maternal outcomes; neonate; vertical transmission COVID-19; SARS-CoV-2; pregnancy; mother; maternal outcomes; neonate; vertical transmission
►▼ Show Figures 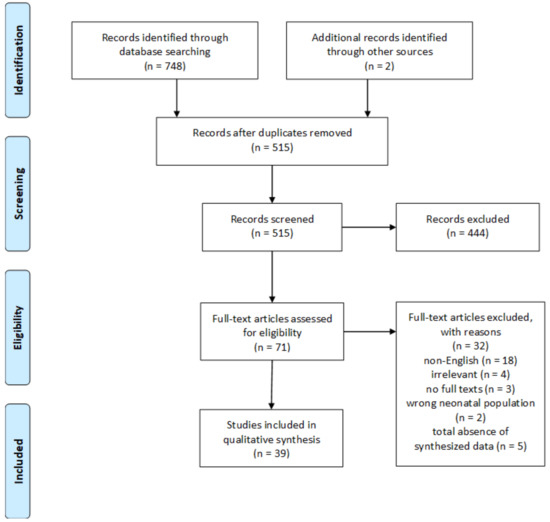 Nikolaos Vlahos
Director of the Second Department of Obstetrics and Gynecology, “Aretaieion Hospital”, Medical School, National and Kapodistrian University of Athens. His main interests include advanced laparoscopic surgery, infertility and assisted reproduction.
Zoom | Orient | As Lines | As Sticks | As Cartoon | As Surface | Previous Scene | Next Scene
We use cookies on our website to ensure you get the best experience. Read more about our cookies here.
Accept
We have just recently launched a new version of our website. Help us to further improve by taking part in this short 5 minute survey here. here.
Never show this again