Presence of Campylobacterjejuni and C. coli in Dogs under Training for Animal-Assisted Therapies
Previous Article in Journal

A Technology-Mediated Interventional Approach to the Prevention of Metabolic Syndrome: A Systematic Review and Meta-Analysis
Previous Article in Special Issue

(1) Background: People with disabilities may benefit from an assistance dog (AD). Despite regulations that prohibit the denial of ADs to public places, this still occurs on a regular basis. The main argument for denial of access is that dogs compromise hygiene with their presence, which could cause a health hazard. Meanwhile, people are allowed to walk into and out of public places freely. (2) Objective: As a pilot study, to investigate the number of Enterobacteriaceae and the presence of Clostridium difficile bacteria on the paws of ADs and pet dogs (PDs) as well as the shoe soles of their users and owners. With the results, an assessment can be made as to whether measures are required to reduce environmental contamination (e.g., in hospitals). (3) Methods: In total, 25 ADs, 25 PDs, and their 50 users/owners participated in the study. Each participant walked their dog for 15–30 min prior to the sampling of the front paws. Each PD owner or AD user filled out a general questionnaire about the care of their dogs, and AD users were asked to fill out an additional questionnaire on their experiences regarding the admittance of their ADs to public places (in particular, hospitals). Dutch hospitals were questioned on their protocols regarding the admittance of ADs and their visitor numbers, including the percentage of AD users, to put these numbers into perspective. (4) Results: Dog paws were more often negative for Enterobacteriaceae compared to shoe soles (72% and 42%, respectively) and also had significantly lower bacterial counts (mean of 3.54log10 and 5.03log10 colony-forming units (CFUs), respectively; p < 0.05). This was most distinct in the comparison between PDs and their owners (3.75log10 and 5.25log10 CFUs; p < 0.05); the numbers were similar between ADs and their users (3.09log10 and 4.58log10 CFUs; p = 0.2). C. difficile was found on one (4%) AD user’s shoe soles. Moreover, 81% of AD users had been denied access with their current AD once or several times, the main reason being hygiene. The results of the visibly and invisibly disabled were significantly different. The number of AD users as opposed to the total number of hospital visitors was 0.03% in one hospital and is estimated to be 0.02% in the Netherlands. (5) Conclusions: The general hygiene of dogs’ paws is far better than that of shoe soles, mostly demonstrated by the better general hygiene of PD paws compared with their owners’ shoe soles; ADs and their users had comparable levels of general hygiene. In addition, the number of AD users amongst the total number of hospital visitors in the Netherlands is very limited. Thus, hygiene measures to reduce any contamination due to dog paws do not seem necessary. View Full-Text
Keywords: assistance dog; Clostridium difficile; Enterobacteriaceae; hospital; hygiene; paw; shoe sole assistance dog; Clostridium difficile; Enterobacteriaceae; hospital; hygiene; paw; shoe sole
►▼ Show Figures 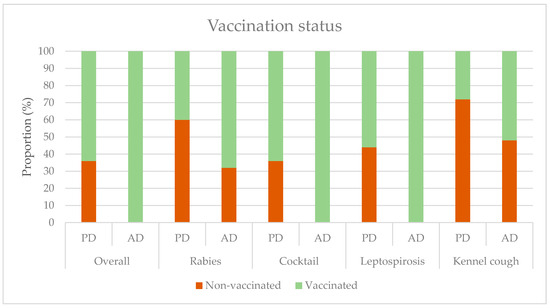 
Vos SJ, Wijnker JJ, Overgaauw PAM. A Pilot Study on the Contamination of Assistance Dogs’ Paws and Their Users’ Shoe Soles in Relation to Admittance to Hospitals and (In)Visible Disability. International Journal of Environmental Research and Public Health. 2021; 18(2):513. https://doi.org/10.3390/ijerph18020513


Vos, S. Jasmijn, Joris J. Wijnker, and Paul A. M. Overgaauw. 2021. "A Pilot Study on the Contamination of Assistance Dogs’ Paws and Their Users’ Shoe Soles in Relation to Admittance to Hospitals and (In)Visible Disability" International Journal of Environmental Research and Public Health 18, no. 2: 513. https://doi.org/10.3390/ijerph18020513