The Application of the Teaching Games for Understanding in Physical Education. Systematic Review of the Last Six Years
Previous Article in Special Issue

Association between Living with Children and the Health and Health Behavior of Women and Men. Are There Differences by Age? Results of the “German Health Update” (GEDA) Study

The invention of antibiotic therapy some 100 years ago was a major step forward in medical practice, allowing medical practitioners to manage otherwise deadly infections caused by pathogenic bacteria. However, in the recent past, the rapid increase of bacterial antibiotic resistance has become a pressing problem of global healthcare [1]. More sensible and less widespread use of antibiotics is necessary to counteract the increasing loss of their efficacy. While it is clinically challenging to implement, antibiotics should only be used where their usage is appropriate, and best only in confirmed cases of bacterial infections. In addition to a careful usage of antibiotics, probiotics or synbiotics should be considered as prophylactic measures, at least for patients at risk of certain bacterial infections (e.g., the elderly admitted to an intensive care unit), as complementary therapy during and after antibiotic therapy, or even as standalone therapy under certain specific circumstances for bacterial infections.
Every orally taken antibiotic is leading to alterations of the gut microbiota, in some patients with symptoms (e.g., diarrhea), in others without symptoms [2]. While antibiotic-associated diarrhea (AAD) is worrying, the disturbance of the gut microbiota by antibiotics can have more severe consequences. Among these severe side effects is, for example, pseudomembranous colitis [3], which is caused by a pathogen overgrowth of the gut, in this case by C. difficile. Pathogenic bacteria are omnipresent in the human gut. However, as long as the gut microbiota is well balanced and diverse, no pathogen overgrowth will take place [4]. Disturbance of the equilibrium of the gut microbiota can result in loss of this pathogenic overgrowth control. Such a can loss then lead to a strong proliferation of pathogens in the gut and finally result in disease manifestation. Supplementation with certain probiotics or synbiotics (mixtures of probiotic bacteria with a prebiotic component) during and after antibiotic therapy has been demonstrated to reduce occurrence of AAD [5].
Today, a huge variety of products containing probiotic microorganisms are available. These products can be categorized according to their composition: (i) yeast and bacterial products, (ii) mono strain and multi strain products or (iii) probiotic and synbiotic products. In the present study, the inhibitions of five bacterial pathogens, E. coli EPEC, Sh. sonnei, S. typhimurium, K. pneumoniae and C. difficile by representatives of different categories of products containing probiotic microorganisms are studied. The evaluated probiotics are the clinically well-established mono strain probiotics containing either Sac. boulardii [6], L. rhamnosus GG [7] or L. reuteri DSM 17938 [8], and two newer products, one being a multi strain probiotic containing a mixture of three different L. rhamnosus strains (E/N, Oxy, Pen), the other being a complex multi strain synbiotic containing six lactobacilli (L. acidophilus, L. casei, L. paracasei, L. plantarum, L. rhamnosus GG, L. salivarius), three bifidobacteria strains (Bifidobacterium (B.) bifidum, B. longum, B. lactis) and the prebiotic FOS.
Most published in-vitro growth inhibition studies focused on the characterization of only one pathogenic bacterium and one or a limited number of products containing probiotic microorganisms. The present study evaluated the antagonistic activity of a range of products in head-to-head in-vitro growth inhibition experiments with a number of different bacterial pathogens, which can support the selection of products for future, more in-depth investigations.

For the in-vitro pathogen inhibition studies with C. difficile ATCC© 9689TM (ATCC, Manassas, VA, USA), the pathogen was cultivated under anaerobic conditions at 35–37 °C for 24–48 h on Schaedler agar (CM0437, Fisher Scientific GmbH, Schwerte, Germany) [12]. Suspensions each containing 106 CFU of the five evaluated products were inoculated on MRS agar and incubated for 48 h in the presence of 5% CO2. 10 mm diameter bars were transferred to a Mueller–Hinton agar with 5% horse blood and 20 mg/L NAD (PP0972, E&O Laboratories Ltd, Bonnybridge, UK) and incubated under anaerobic conditions for 24 h.

For testing a potential pathogen growth inhibitory effect of FOS, 100 μL of a solution containing 14.3 mg/mL FOS (F8052, Sigma Aldrich, St. Louis, Missouri, USA) was applied to a 10 mm filter disk that was then administered to respective pathogen testing plates. The multi strain synbiotic was tested on the same plates as a positive control.
At the end of the incubation, measurements of inhibition zones around the tested colonies were taken from the outer edge of the colonies to the outer edge of the clear zones. Each test was performed in triplicate and the arithmetic means of the radii measuring from the edges of the colonies to the edges of the clear zones were calculated as well as the standard deviations SD (Excel, Microsoft, Redmont, WA, USA). Independent T-test statistical analyses of datasets were conducted with GraphPad Prism software version 8.2 (GraphPad Software, San Diego, CA, USA), Datasets were considered as significantly different when a p-value < 0.01 was achieved.

In-vitro growth inhibition of a variety of pathogens is helpful to differentiate products and product categories containing probiotic microorganisms. Based on the results of the present study, multi strain probiotics should be preferred in case a strong in-vitro growth inhibition of a broad range of pathogens is desired. Our study results can support the product selection for future clinical investigations.

The authors would like to acknowledge the work of Sabine Hanna from Cambridge Assessment English for proof-reading, English style editing, and useful suggestions.

Henning Sommermeyer works as a consultant for Vivatrex GmbH, a company which is marketing Multilac® Baby in Germany. Vivatrex GmbH was not involved in the design, collection, analyses or interpretation of data, in writing the manuscript, or in the decision to publish the results. All other authors declare that they have no competing interests. 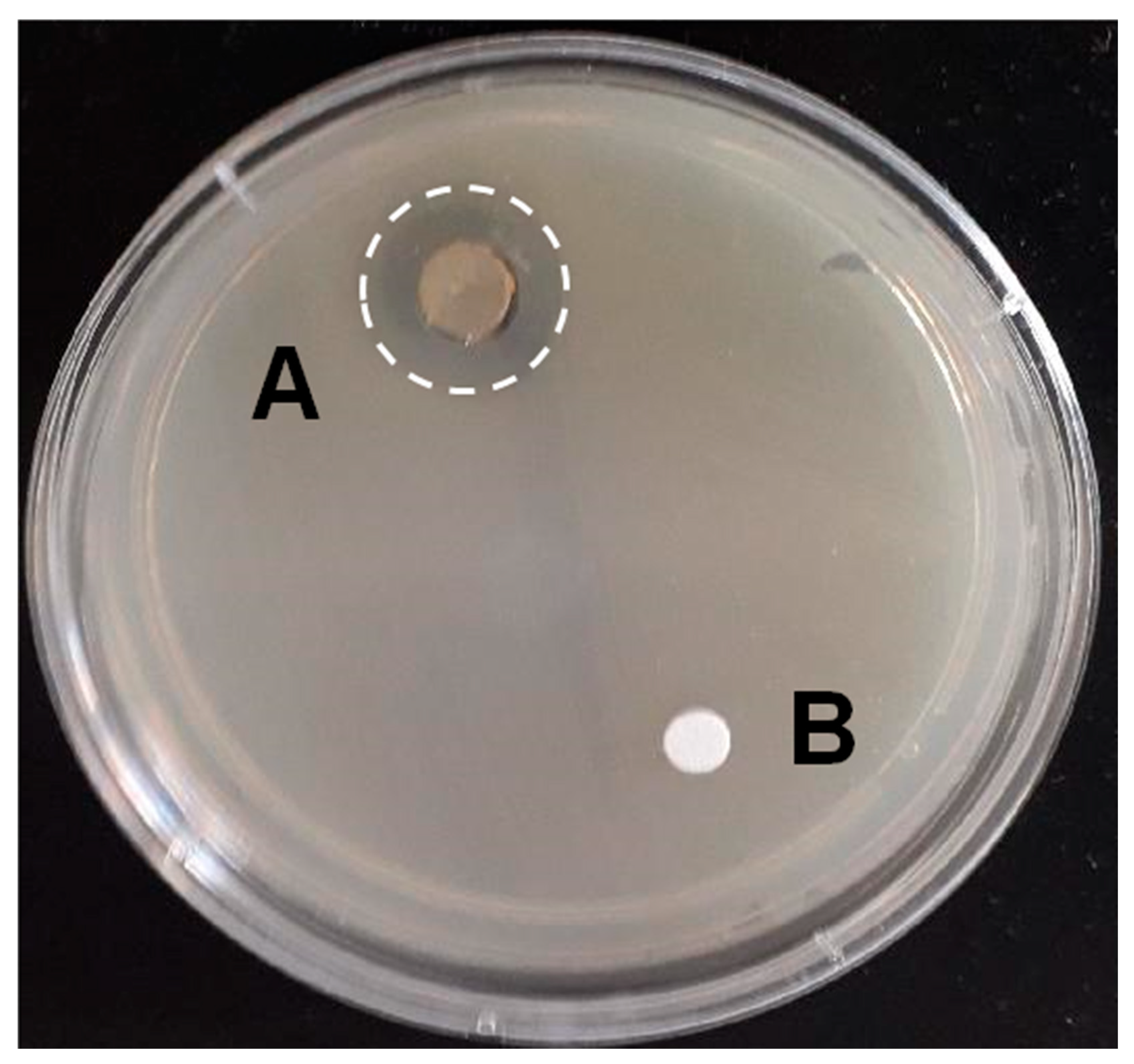